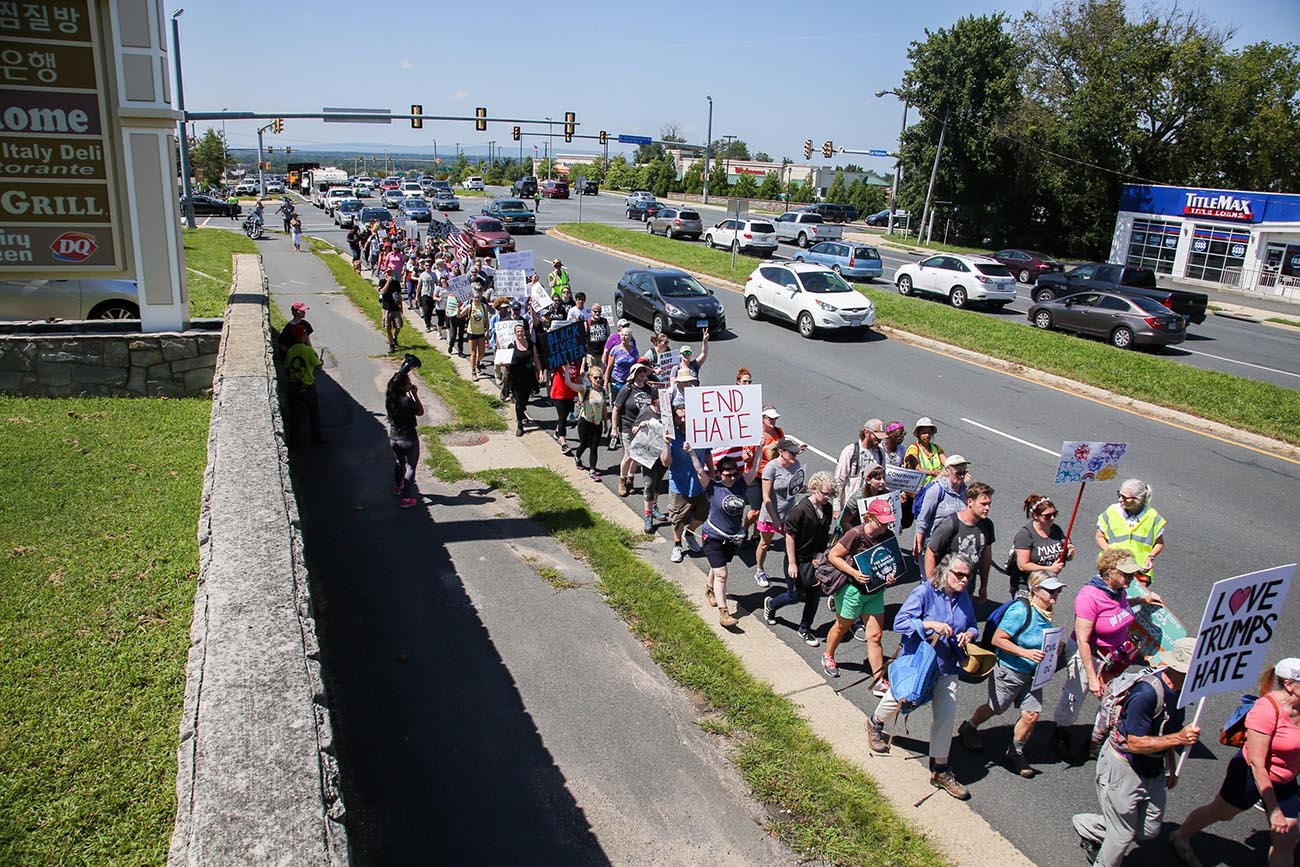 Today, participants in the 118-mile-long March to Confront White Supremacy made a previously unscheduled stop at the Loudon County office of Representative Barbara Comstock to demand that Rep. Comstock publicly oppose the end of DACA, the deferred action program for immigrants who came to the United States, and to Section 287(g), which deputizes local law enforcement agencies to enforce federal immigration law.
Last night, Politico first reported that Trump is planning to announce an end to the DACA program tomorrow.
"This country is the only home I've ever known. Trump is putting my future at risk, and the lives of 800,000 young Americans at risk, just to appease his white supremacist base," said Ambar Pinto, a DACA recipient who is participating in the march. "It's time for Republicans like Rep. Barbara Comstock to decide whether they'll continue to stand with Trump, Sessions and the modern-day KKK, or whether they'll allow me and my community to live and life with liberty and respect. History will remember how you respond today."
More than 50 marchers rallied outside Rep. Comstock's district office for two hours, sharing emotional stories of the impact that reversing DACA would have and the impact of empowering local police departments to enforce federal immigration law. The marchers also wrote dozens of handwritten letters to Rep. Comstock while standing outside her office and constructed a banner in support of DACA. Video of the rally is available on March to Confront White Supremacy facebook page and on @csu_scientist on twitter.
The marcher have finished 97 miles of their 118-mile journey from Charlottesville to Washington, DC, and are expected to arrive in the nation's capital on Wednesday.
The march is demanding the removal of President Trump and of all elected officials who embolden and support white supremacists, as well as the end of white supremacists public policies. The march was organized in response to the white supremacist demonstration in Charlottesville, VA during which counter-protester Heather Heyers was killed and dozens more injured, and in response to the Trump administration's support for white supremacy in word and in policy.

"The one thing we did right, was the day we started to fight. Keep your eyes on the prize, hold on"