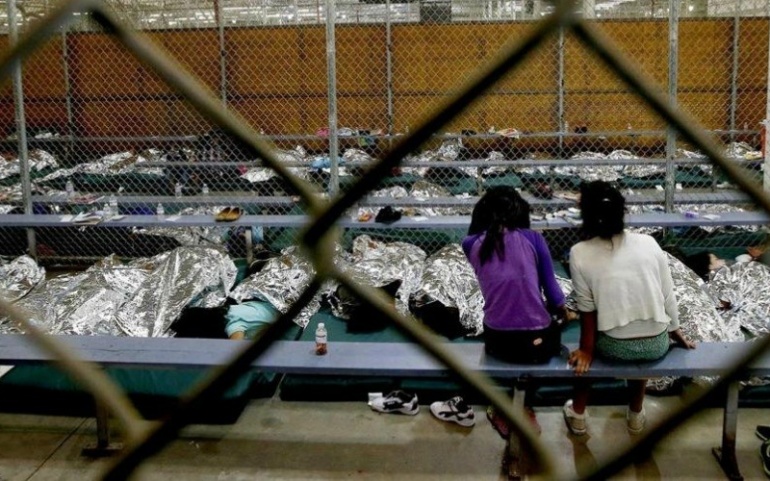 I periodically get asked if I have a favorite verse in Scripture. A few do come to mind, including: Micah 6:8, II Corinthians 12:9, John 14:27, Hosea 6:6, Romans 12:21, and Romans 15:13. The reality, though, is that “favorite verses” are like favorite movie quotes. They’re great lines, but they don’t express why I love the work as a whole. There is one story, however, that is at the heart of my love for Scripture and the Church. That story is found in St. Luke’s Gospel, chapter 10, verses 25 through 37.

That passage is typically called “The Parable of the Good Samaritan,” but centuries of familiarity have blunted the impact of a label that Jesus’ audience would have found pejorative. A more helpful title might be, “The Person You Hate is Your Neighbor.” For those who don’t know the story, or for those who know it too well, here is a quick refresher that has been adapted to a more modern setting to try and reclaim some of the parable’s original nuance.

First, it is important to get the context. A lawyer has asked Jesus how to get into heaven. Jesus uses the Socratic method and asks the lawyer to answer his own question, and the lawyer says we have to do only two things: love God completely, and love our “neighbor” as much as we love ourselves.” Jesus says that’s the right answer.

The lawyer, looking for a loophole that might makes things a little easier for himself, asks, “But, who is my neighbor? There are lots of people out there. How many of them do I have to love as if they were my own person?”

Jesus responds with a story. There was a man who left his office on his way home for the evening. He decided to take a cut through street to where his car was parked, and a group of thugs accosted him, beat him half to death, took everything down to his clothes, and left him naked and unconscious in the gutter.

It just so happened that other people also chose that same cut through to avoid the early evening rush on main street. The first was the pastor of the same church where the beaten man was a deacon. The pastor saw his congregant covered in blood, looked down at his clean suit, and crossed to the other side to hurry on his way to the church’s Wednesday-night service.

The next person to head down the alley was the Bishop of the local Roman Catholic Church, on his way to a meeting for a local aid society. He heard the beaten man’s incoherent cries for help, thought he might be mentally ill, and hurried on his way.

Finally, a visitor to the city, lost and trying to understand road signs in a language he wasn’t born speaking, stumbled upon the alleyway. The visitor was from Pakistan. A Muslim, he was hoping to make it to evening prayers at a nearby mosque, mostly so he wouldn’t feel so alone. His accent and clothing had generated nothing but hostile stares and the occasional insult to his faith, and he wanted to feel safe somewhere for an hour or two.

Those priorities changed quickly when the Muslim visitor saw the bleeding Christian moaning in the gutter. Although, in another sense, nothing changed, because what actually happened was one man saw his neighbor in need, and he did what he would hope someone would do for his own family. The visitor immediately took off his sherwani and wrapped the beaten man in it. Then, carefully, he hoisted the man on his shoulders. When he got the man to a hospital, the visitor learned that – if the beaten man had no insurance – his healthcare might cost tens of thousands of dollars. The visitor did not hesitate to offer his credit card.

The punchline is not subtle, and it hits all the harder for the lack of subtlety. Do we want the promise of eternal life, the gift of the gospel? Then we have to treat every single person, including people of different religions, different countries, and different ethnicities, with the same love, kindness, compassion, and sacrifice, that we would show ourselves.

Jesus leaves no wiggle room regarding to whom we owe our care and resources, and his point is reinforced throughout Scripture. Consider the following:

There is no ambiguity here. The consistent, explicit, and repeated teaching of Jesus – and the whole of Christian Scripture – is that the singular task of followers of Jesus is to treat every single person, regardless of political/religious/ethnic/national identity, with the same sacrificial love that we would show our closest family members or ourselves.

So, a few questions.

If Jesus had a choice between spending money to roll tanks down the streets of the nation’s capital, or spend it meeting the needs of terrified children locked in cells, where would he say the money should be spent?

If Jesus had been standing on the stage when a group of Democratic candidates were asked, “Should the wealthiest nation in the world give healthcare to undocumented immigrants?” would he have raised his hand?

If Jesus were asked, should undocumented immigrants and asylum seekers be fed, housed, cared for, protected, and given opportunities to work in our communities – regardless of where they come from, what would he say?

This may be too subtle a point, so I will reiterate the teachings of Jesus another way. If you support policies that put children in prison cells and deprive them of their freedom, their dignity, and their health simply because they came here seeking a better life, you are not taking up your cross and following Jesus, you are joining with the crowd that – when fired up by a group of scared fundamentalists – asked Pilate to release a murderer and crucify the Christ. The same holds true if you insist that there is plenty of money to build bombers, but not enough to care for the poor, the hungry, and the strangers who come to our shores.

If you do all this while claiming that the Bible is the literal “Word of God,” then you are either a hypocrite of the highest order, or a liar.

I know that I am guilty of that “pragmatic” hypocrisy in my own life. As a soldier, and as a middle-class American living a comfortable life, my life is full of choices that fall short of the standard Jesus has set. All the while, though, I’m aware that my pragmatism is a betrayal of the radical call of the gospel, and I hear the voice of Jesus constantly calling me to try harder, be better, and do more.

I also hear the voices of my grandparents, who survived the Great Depression. They saw firsthand that America is the greatest country in the world, not just because we cherish and preserve freedom for all, but because we are one large community of singular communities where we have always looked out for our neighbors. Our willingness, as Americans, to sacrifice for each other has gotten us through some very tough times in our nation’s history.

In addition, that commitment to supporting each other allowed us to build a quality of life that is the envy of many who are suffering and struggling in other parts of the world. For those of us who are Christians, when those people ask, “Am I, too, your neighbor? Is the American Dream for me?” there is only one answer.