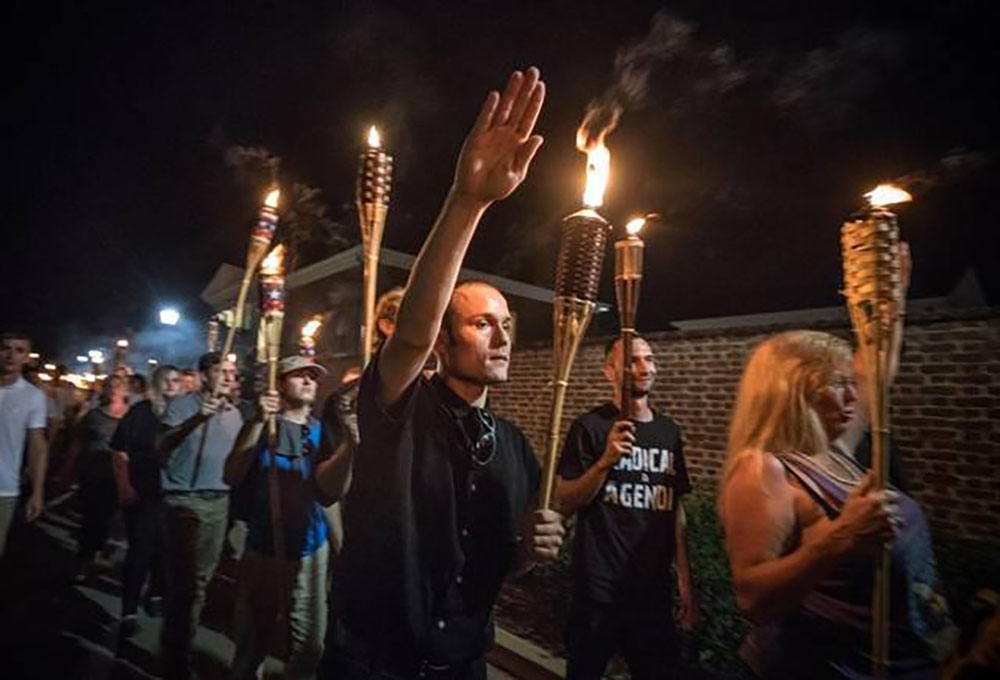 What began as a march of irrelevant, underemployed white men with statue-issues escalated into a national tragedy on the streets of Charlottesville, Virginia last Saturday. It caused the death of American patriot Heather Heyer and, if justice exists, it will also bring about the death of the alt-right movement and the hate it spreads. But for all the fiery messages plastered on every form of media everywhere, there is very little effort given to understanding what the root causes beneath the hate might be.

This is understandable; the tragedy is still very near, and emotions are raw, but even now, we must ask ourselves why. What reasons might they have had for doing what they did? Why the baseball helmets and cosplay shields, the camo and the conformity? Why were they there at all? I don't know much, but I know that a statue had nothing at all to do with it.

I haven't seen any interviews with the protesters themselves, but I don't really need to. Put a mic in front of one, and you'll get a quote from Mein Kampf or a paragraph from The Turner Diaries. But we won't get the truth, and the truth is ...
... they're terrified.

Now, most of my liberal friends want to dismiss this fear and label these marches as merely an expression of hate fueled by a presently Nazi-friendly White House. It is certainly that, but it is also more, I think, and dismissing it as simple dumbass hate is at best an incomplete way to describe what's going on. That said, I expect as much from a media that has no actual presence in what is commonly called "flyover America." But here in Columbus, Ohio, and in sister cities like Charlottesville, Virginia, the world is a very different place, and understanding it is going to be necessary if we want to put this particularly ugly genie back in its bottle.

I know the "economic anxiety" argument has been discredited again and again, but let's look at it. I mean, really look. Let's look at it not as the cause, but as one cause, perhaps even the first source of weakness that makes one susceptible to the lure of hate groups. It may not create the racists, but an argument can certainly be made that it provides fertile ground in which the David Dukes and Richard Spencers of the world can sow their poisonous crops.

We don't have the time or space to examine each and every detail, but here are some general trends that are widely accepted as true:

This is not an excuse for what's going on. Not nearly. But when we start hearing chants like "blood and soil" which is an old Nazi reference to traditional rural life, we should pay attention to more than just the shock value of it. I know this is difficult when racist assholes are swinging clubs and driving muscle cars into crowds of innocents, but we need to keep our heads in the game anyway. As difficult as this is to say, this is not a time for anger. It's a time to understand fear. Those we despise for their hate-filled acts are, as I see it, acting primarily out of fear, which is why we see their acts not only as deplorable, but as patently stupid. In fact, I don't think there's any actual thought going on at all.

Here's what I mean:

If I ask you to jump, you might, or you might not. But if I wait in a dark corner for you to pass by, then shout "BOO!" at you, then you're just going to jump. You're not going to think about it. This, my friends, is how fear works. It takes away your ability to choose. Give me a frightened person, and I'll give you back a jihadist or a Jehovah's Witness – anything you want. This is what we need to understand about the sad, Dockers-wearing little hatemongers. Someone has managed to program their fear and give it a direction. And that clever bit of showmanship, that sleight-of-hand, is what we should all be aware of, and really pissed off about.

To borrow an argument from southern scholar Tim Wise, this is a dynamic that goes all the way back to the slave patrols and before. Race is being used to hide class. Look at the problems – which are real – and ask who is responsible, and the answer we will come up with, if we're sane, that is, is that the rich, the super-rich, and the immorally rich are easily the biggest cause of the present condition of middle America. There are others, of course, but I'd challenge anyone to find a larger cause than the simple human greed that exists behind the walls of gated communities. But this simple truth gets lost in the drama, and understandably so. It's hard to think about reasons when the Hitler wing of the Young Republicans is screaming about white power and pointing a six-cylinder Dodge at us.

Income inequality and the declining opportunities for working class America may explain why much of this fear exists, but it has nothing to do with how that fear manifests. To get rightfully scared people to react this way, we need a plan. We need a message, and ever since the early days in the colonies of what would later become America, the aristocracy has been running the same playbook. "We're on the same team," they say. "Pay no attention to my big house and fancy things. We're the same, you and I. We're white, and we must protect that." This is how they built a slave patrol. This is how the rich got poor white people to fight under a confederate flag for the right to own slaves they could never afford, and it's how the rich get today's poor white people to believe that people of color are the reason white people can't have the lives they want. It's a farce, but it's one with a perfect historical batting average. Every time it swings, it connects.

As their names come out, and they will, be sure to pay attention to the jobs they lose. The first one I noticed lost a job as a server at a hot dog joint. I doubt he was paying the bills on that gig. It would be pretty easy to convince that guy that he really deserves to be a CEO, if only he wasn't being held back by someone else, someone different. There will be more to follow, and a few will have the clean cut look of misunderstood privilege, but I believe it's a safe bet that the majority will be absolutely unimpressive in their accomplishments, mostly either broke, or nearly so, and frightened, so terribly frightened.

The number of people in middle America who fit this description grows each year as money and opportunity flows only to the top, leaving regular Americans of all colors behind. If we only recognized that we are more similar than different, that economically speaking, we are nearly identical - just shaded a bit differently here and there - imagine what a world we could create. But to this point, we have failed, deciding instead to give so many of ourselves over to the violent extremists who care nothing about an America that was built by all of its citizens, and built as a beacon of hope for the entire world. Real Americans are not so easily swayed by fear, nor have they ever been. These cultists have committed many crimes, and made many mistakes, but the first one they made was forgetting what an American truly is. We fight Nazis. Period. End of story.

It's going to be an interesting day when the folks marching in terror make a real connection to the actual causes of their fear. One day, these same marchers, or their descendants, will join hands with their economic twins of all colors and fight together for real and sustainable change. Walls will come down on that day, both actual and metaphorical. It's difficult to see this now, when things are at their worst. That time is coming, though. It's just a bit difficult to see through that much darkness with only a Tiki torch to light the way.

Brett Pransky is a teacher, a father, and a writer, not necessarily in that order. When not engaged in the good fight, he spends his time as a mild-mannered English professor at Ohio University. Find him on Twitter @BrettPransky.