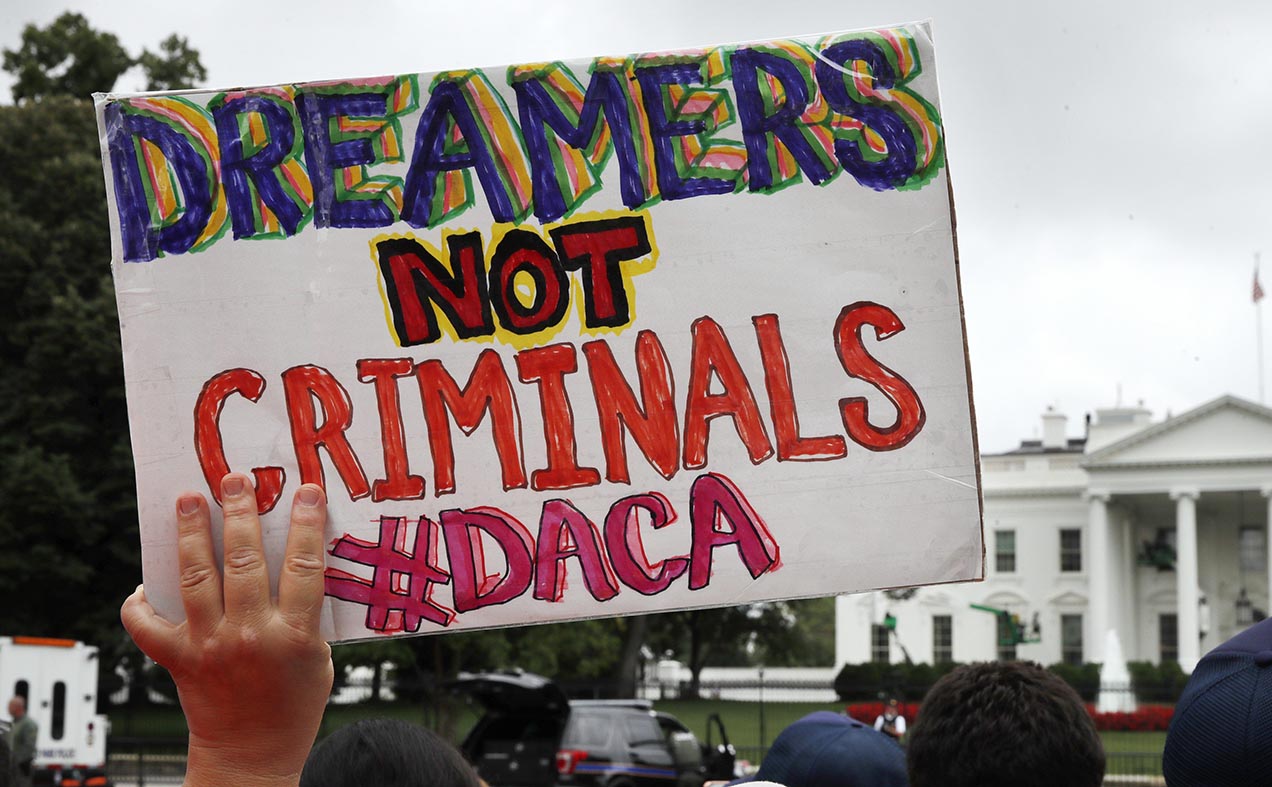 Diego watched his teenage brother murdered with a machete in Honduras when he was 12-years-old. Their father belonged to the wrong political faction in the Central American nation and his son died at the hands of a police sponsored 'death squad' that roamed Honduras in the early 2000s. Diego hid with his mother's family in a small village after the killing, afraid that he would be killed next. His mother eventually put him on what is known as a 'Death Train' to make the journey to the United States.

Riding on a train rooftop through Central America, Diego spent nearly a year travelling with a cousin not much older than he was. They arrived at the Mexican border with Texas and joined a group of adults being smuggled into the U.S. During his journey, the young boy watched men, women, and children die from accidents, exposure, assaults, and unthinkable brutality. He has few good memories of his treacherous journey or his home.

Now almost 30, Diego has been in the United States for 16 years. He grew from a child to a man, learned to speak English, worked every job imaginable to survive on the street, and obtained a green card. Diego is one of thousands of displaced children who arrived in the United States from deplorable conditions elsewhere and is called a 'Dreamer,' protected from deportation by an 2012 immigration policy.

The Deferred Action for Childhood Arrivals, also known as DACA, is an Obama-era policy enacted in during the President's second term. Implemented by President Obama as an executive action, DACA provides administrative protections against forced deportations for child-arrivals like Diego. For the nearly 1 million immigrants like Diego, Donald Trump killed their American dreams on Sunday - his proclaimed day of prayer - for no other reason except to satisfy his deep seeded racism and personal bigotry.

Late Sunday, Trump announced the nearly complete annihilation of the DACA program as if it were a North Korean missile. The impacts of its reversal may result in the mass removal and deportation of up to 800,000 immigrants who are now adults and have families, homes, jobs, and safe and established lives in the United States. Though 20 years has passed and Honduras is a more stable country, Diego - and many like him - is still terrified to return to his home country. He has made new memories of a home he loves and calls the United States.

The imperious xenophobic policies that Trump continues to pursue are among the most anti-American undertakings in our nation's history. That the country's pretend leader continues, unchecked by his own party or Congress, to embark on a plan of personal, rather than national, priorities, is casting shame and disgrace on the country and dividing its people.

From transgender troops to child immigrants, Trump attacks the most vulnerable people in society like the coward that he is. While we would love to be paid for our opinions, or monetize our website, we do neither. We are destitute writers with no bosses to please or endorsements to lose. So, we can afford to say what a majority of commentators in America are thinking, but afraid to utter.

Donald Trump is the modern cowardly equivalent of Adolf Hitler.

He finds scapegoats and he persecutes them for his dwindling audiences. What honor is there for the nation? What protection to the 'homeland' is satisfied? What threat is averted by rescinding DACA? What human trait is Trump demonstrating by forcefully tearing apart families and uprooting lives?

Like most cowards, Trump hides, but he hides in plain sight. He relies on paid supporters and fake crowds to provide a soundtrack of approval for his ego and his evil bigotry. He trusts that the camera lights and the fan noise will provide enough distraction to make it seem like he has done nothing wrong.

Trump has done nothing right since day one and it is time that America - both the media and the populous - shower him with the criticism that he deserves and is so afraid of hearing. Mass vocal criticism is the garlic to Trump's vampire ego. It is time for the media to fight fire with fire, to write, report, and comment without fear of retaliation, lost paychecks, or declining ratings. The time has come for sacrifice, to the cause, to the nation, to the future, before none of them exists to fight for anymore.

Today, hundreds of thousands of Americans - because they are more American than Donald Trump could dream of being - formerly protected by DACA will wake up wondering when they have to hide, go on the run, or say goodbye to their children, spouses, and friends. They will face the day afraid of when the ICE agents may come knocking, much the same way German Jews wondered when the Gestapo might pay a visit.

Today America is no longer great. And with Trump's tiny-handed hatred and small-minded fears, we are growing ever closer to America's own shameful version of the Kristallnacht when ICE agents will melt American dreams.

E. Rathgeber is a reclusive freelance writer who is passionate about using his creative style to speak up about civil, political, and human rights. He has ten years of legal experience and calls himself a Democratist to distinguish himself as someone who does not support the party, but the ideals of democracy. His political blogs and anti-Trump insights appear @IdeaDogs on Twitter and Idea-Dogs.com.
Featured image: American dreamers. (AP Photo/Jacquelyn Martin)
Tags: