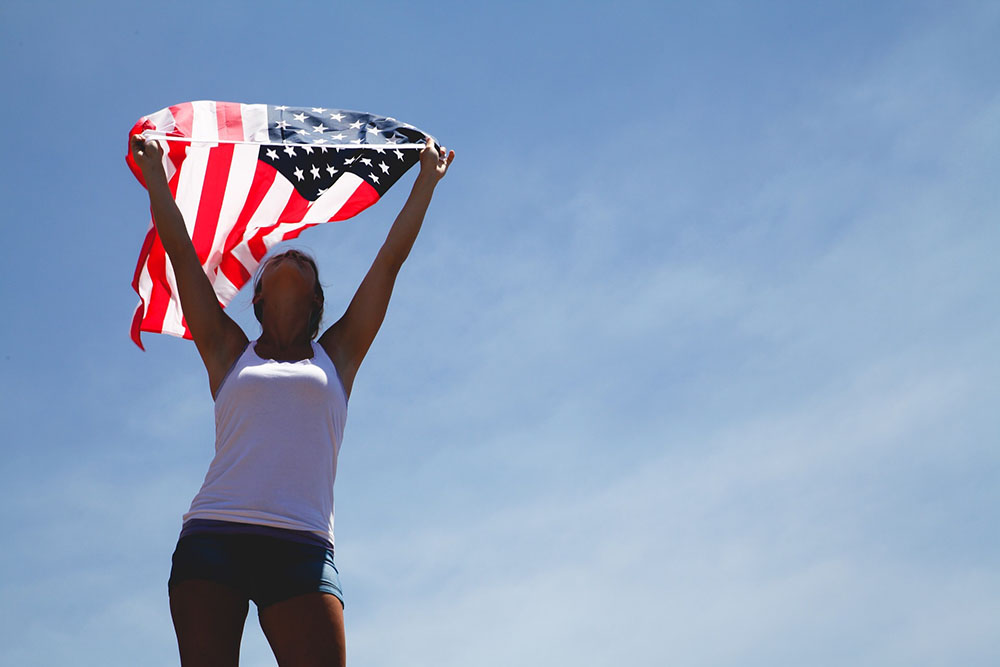 I'm a left-leaning immigrant who has recently graduated from UC Berkeley. And, to the surprise of many, I now live harmoniously with a Trump supporter. I know; everyone makes that face when I tell them. But it's actually not as heart wrenching as you may imagine. For either of us. In fact, there's been some really eye opening and faith-in-humanity-restoring moments so far. I'd like to share our story of enduring friendship in this new political age for a few different reasons. Firstly, to give hope to the future of our society as we seemingly watch a social cavern open up between us. Secondly, to encourage readers to give real human connection a chance instead of relying on preconceived assumptions fed to us over breakfast by the news media. And lastly, to simply pay homage to my right wing friend, who, although he's supposed to be just some heartless fascist Trump nut, is actually one of the best people I know.

True to my Fox News caricature, my degree is in Anthropology, I practice yoga in my spare time, and on the DL I kinda love hugging trees. However, unbeknownst to Hannity and the like, I'm also fiscally republican, I actively dislike Clinton, and my other half is a US Marine from Georgia. I attended Berkeley during the heated 2016 elections starring Trump and Hillary, throughout the protests-turned-violent riots over far-right speakers Ann Coulter and Milo Yianopolous. And I was there, drinking heavily and crying silently, when the 45th President of the United States was announced. Holding up his end of the bargain, our resident Trump Fan Danny is a former United States Marine with a fairly serious Tom Brady addiction. He's from Charlestown, Boston (oh, the accent), and splits his time between fighting fires and raising four kids. Yet in a time polarized by viscous political rhetoric that seeps into almost every aspect of our daily lives, we manage to share a kitchen, a back yard grill, and yes, even a TV. Occasionally, we'll even share a quip about the news.

We've been friends for many years, before political stance was a prerequisite for maintaining a friendship. Along with our other halves, we used to spend countless nights out in beautiful Southern California beach towns, drinking and singing uncalled-for karaoke together. We played Cards Against Humanity and they cooked us dinner while we talked about our completely different upbringings. We got to know what the other stood for, and how they had gotten to be whom they were. We eventually got to know each other's families, and we became family to each other. Danny and his wife later moved back to his hometown, and we moved to the Bay Area. And as it tends to, change happened without any of us noticing.

During the Fall of 2016 I enrolled in a class taught by the most incredible professor I'd ever heard. Every Tuesday and Thursday morning, his lectures on African American history chiseled away at my mind and remodeled me completely. He gave impassioned and deeply painful talks that changed my worldview. I often had to spend time after lectures sitting alone by the campus river, mulling over some really good weed, just contemplating the depth of what he had told me. That same professor consoled us all on November 10th, after a full day of shock had still not seemed like enough to digest our new political place. I helped make protest signs, and I live-streamed the discussions that the liberal students had on Sproul Plaza with the members of the Republican Club. I was really in it. And I was really, really concerned. Although I might take a stance against abortion, I suddenly realized that I was considered a liberal immigrant. Everything had changed.

Danny, on the other hand, didn't live anywhere near my 2016. He didn't hear the discussions or the lectures that I heard. He didn't see the armed police occupation of campus following heated conversations that I saw. Danny had always lived in a very different world to me. Intentionally on my part, we kept in touch often during this time. I texted him during lectures to ask his opinion on issues we were debating. I'd press him further for a reason behind his belief system. Why did it make sense to him? What had he been through that made that absurd belief his reality? I'd then raise my hand in class and use Danny's commentary to introduce dialogue about what a Trump Fan may be thinking. I wanted to understand why these newly founded 'others' thought so differently to me. (Anthropological Hint: it's probably because they've lived their lives in a different world to mine.) I eventually took a trip to visit my friend on the east coast, and I asked him a series of questions about his beliefs on society, race, and the police. I disagreed with most of the things he said. But my aim wasn't to conclude whether we agreed or not. I knew we didn't. And it wasn't to judge his stance either. Like any good anthropological experiment, our conversations were an attempt to understand the other's outlook on life.

During our continued conversations, I began to understand how Danny had come to his political and social conclusions, given the reality in which he had existed. It actually made perfect sense to believe what he did about the kind of person that should be President. Now don't get me wrong, I didn't simply nod along to what he said. I gave my point of view when he asked for it. But for me, focusing on the goal of comprehension helped me to put aside the burning need to convince. I was aware that he couldn't hold my same beliefs, because he had not experienced the same world as I had. It would be unfair to expect him to be anyone else, given where he's come from. I had stayed in his childhood home, where I came to understand whom he had (and had not) been exposed to in his childhood. I heard stories about times he was wronged, so I could understand why he held the biases he did. I listened to his description of some of what he had seen and experienced in combat, so I could understand why he thought the way he did about human rights. It made complete sense that his reality aligned further right than my own.

When we relocated to Boston last month, Danny and his wife immediately offered us a place to stay while we got settled in. Stripped away of his CNN-assigned political identity, he remained the generous and kind friend I'd first gotten to know. At first, we didn't mention politics at all. Things had gotten a lot crazier in the White House than it was during my previous visit. But soon enough, and admittedly to my surprise, Danny began to ask me questions about my time at Berkeley. He inquired as to whether or not the Fox News interpretation of events had been an accurate representation of my time there. He knew me, and he knew I wasn't the kind of person to start riots over disagreed upon beliefs. We launched into a conversation about how the portrayal of every group, no matter what 'side' they're meant to be on, has to be newsworthy to get on TV. It has to grab our short-spanned attention. It has to conform to the narrative we're being told about the opposition. "No," I told him, "most days were filled with intellectual conversation and philosophical ponderings over how we got here. Berkeley is full of very smart people; we're not exactly running out of words and just going in to battle." I explained to him that we were in fact pounced upon by Anti-Fa, the violent far left group, who had used our peaceful protests as a stage on which to gain media attention for their own message. Because guess what's more interesting than news coverage of peaceful debates? Guess what confirms preconceived ideas about the left? Violence on the Berkeley campus. Edited to avoid the fact that it was rare and externally led. We discussed how, as a first responder, he though police have the same issue with their TV representation- they are often only shown on the news when one person wearing their uniform does something negative. It's not representative of the entire force and their way of dealing with things. But dammit it makes for some great primetime tweets.

As a civilization, we are being strongly led to believe that there is a 'them', and there is an 'us'. We're being told every day that all those people over there, they think and act as one. They all agree with everything Trump says and stands for. They all hate us. And we all hate them. But as critical thinkers, we can decide to question the dramatic narratives our dominant media sources are having us mainline each day. We can choose to think about the systematic grouping of all Americans into one of two available categories. Do we know of extreme versions of these parodies that fit into those polarized boxes? Maybe. Does everyone fit the bill? Absolutely not. More and more people are starting to sway in their full support for the Trump administration as more and more information about its true identity is revealed. We know that much of the rhetoric that exists about us as individuals that is coming from the opposition is false. And we may even know, deep down, that the rhetoric we hear about the opposition may not always be true either. So ask questions. See what your estranged loved ones actually believe. If it is what you assumed, try to be curious. Ask them why they believe it. Ask them why again. Keep asking why until you can genuinely understand their experiences and their fears. There's really only one way to find out if the way they see the world is as extreme as we're being told it is. Ask.

For us, our friendship has never rested upon the knowledge that we are from the same stock. But its continuation is based upon our acceptance of the others life experience. I have an unrelenting desire to learn from anyone oppositional, to know the holistic scope of the human experience. And I try to remember that before we cared much about our friends' political views, before we knew where their ignorance lay, we knew what kind of heart they had.

Melanie 'Brit' Smith is a freelance research writer and swim coach who has recently moved from CA to MA. Hailing from South London, England, Brit has spent her adult live living, traveling, and studying the different cultures of the United States. Read more of her writing at medium.com/@britblueeyes