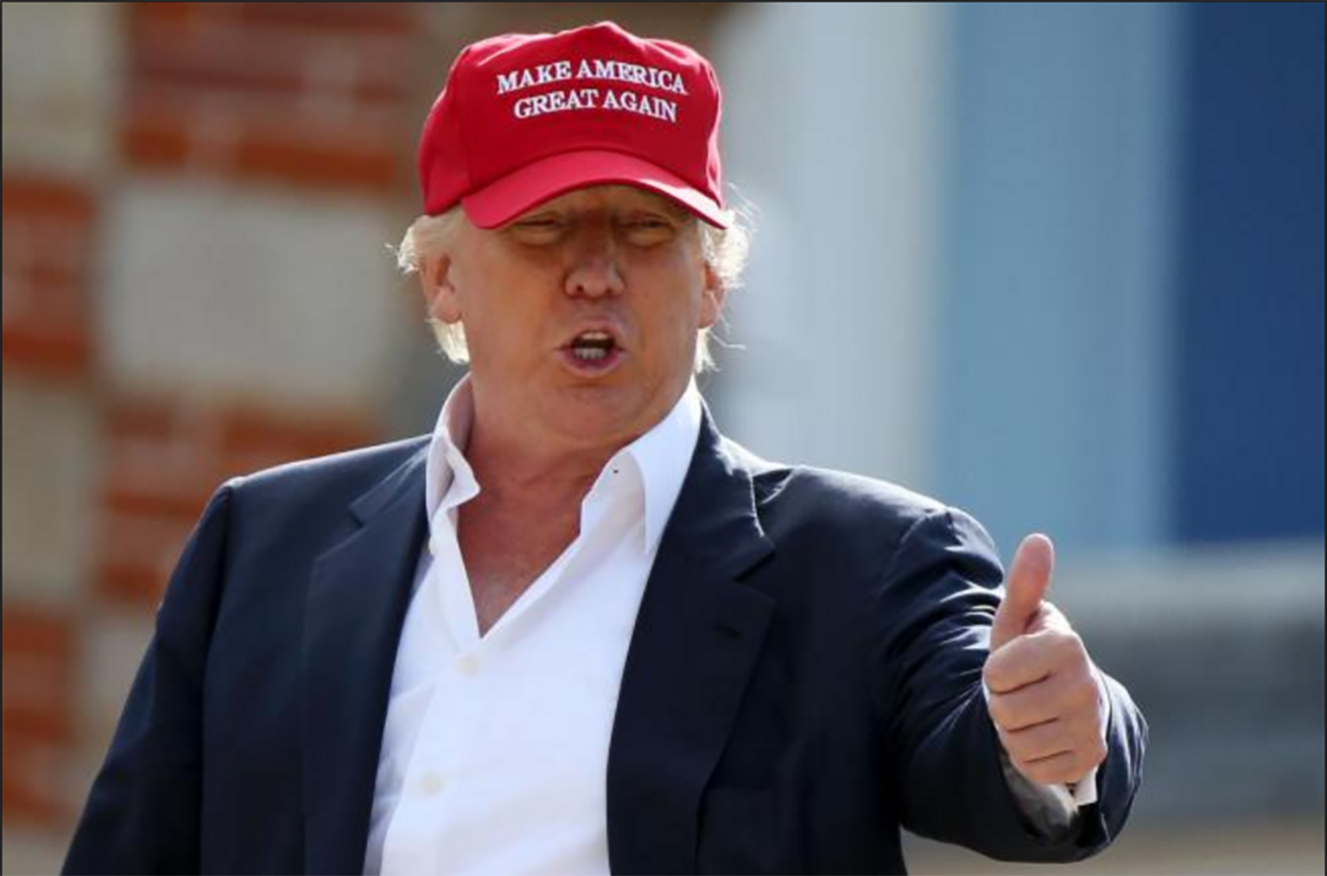 #MAGA - We all know the hashtag. Depending on your ideological leanings, it's either a clarion call to a silent majority of true American patriots, or a dog whistle designed to prick up the ears of those who never quite left our country's racist past. It's divisive for sure, but believe it or not, it can be used to discuss an issue that we all care about equally. All of us, from progressive liberals to unevolved bigots need a functional economy to survive. After all, it's hard to find the money for pink pussy hats or Tiki torches if we can't pay our bills and feed the kids.

While the "Make American Great Again" slogan means different things to different people, the one resounding truth about it is that it's backwards-looking. It appeals to a time when things were better than they are now, and this is its weakness, since much of the greatness of America can be found in its progress, in the constant - if sometimes frustratingly slow - movement away from our old and entrenched hatred and toward the plural society that our founders desired. Going backward is not in our nature. Frighten us, feed us your dogma, rig an election - the result will be the same. America will move forward, change, adjust, and carry on. But as we progress, we also reflect on our past and how we got to where we are today. Sometimes we do this well, and sometimes not, but in the end, we all want progress - we all want to be just a little better tomorrow than we are today, and our economy is one of the tools we use to do that.

We may all want the same thing, but we rarely if ever agree about how to get it. This isn't completely our fault, though. I mean, economic theories are fed to us like so much Pablum, and we tend to repeat what our betters tell us, just like we used to recite our times tables in grade school. To some, the answer is tax cuts, and to others, the answer is to tax the rich. Some think we need better trade deals, and others think we need more unions and better wages. But all, I believe, miss the larger and more significant question, and it is this:

What exactly is an economy for?

Try not to answer too quickly. This is the kind of question people tend to simply react to rather than truly consider, but consider it we must. To do so, imagine a position as a disinterested outsider, someone here to observe, but not directly affected by what we see. To this particular alien, it certainly must appear that the purpose of the American economy is simple and undeniable. It exists to maximize profit, and to this end, it is brutally efficient. No matter the consequences, no matter who dies along the way, we will extract every last dollar out of our economy, and we will consider ourselves just and virtuous in doing so, since profit is the only thing that matters. In America, profit is God.

But it wasn't always this way, or at least, it wasn't always this way for everyone. Corporate pirates have always been corporate pirates, but they were once recognized and demonized as such. Now, they are what we all aspire to be, and if we're going to make our economy great again, I believe this is something we need to change. For an example of what I mean, let's look at a time when my grandfather was a businessman.

According to Lawrence Mishel, President of the Economic Policy Institute, the average CEO made roughly 24 times more than the average worker in 1965. At this time, my grandfather was in the middle of his career as a tool and die maker for an Erie, PA defense contractor. By 1978, as my grandfather was approaching retirement, that ratio grew to 35:1. In 1989, it ballooned to 71:1. By this time, I was old enough to listen to my grandfather's stories and understand a bit about what they meant. He spoke about a time when a business owner didn't often speak about profits, but puffed his chest out about other things. For example, the language of success for business owners, especially small business owners, was not of dollar figures, but of families and how many of them were supported by the business. Dollars mattered, but the pride was placed in people and in our ability to create better lives for those in our communities. "My business supports 500 families in our community," is the kind of boastful statement a businessman would commonly make over beers at the local pub.

In today's economic climate, this idea of business as a service to the community has died, and any who would try to revive this would certainly be called socialists by today's business leaders and right wing media. Meanwhile, that CEO pay ratio hit 343:1 a few years back. I'm not sure what it is today, but when the numbers get this ridiculous, exact figures aren't all that important. However, I do believe it's important to point out that you'll rarely if ever find the CEO at a local pub, or at any location where the average worker might spend time. Today, they are no longer colleagues, nor are they even the same species.

While some would certainly argue that CEO pay ratios are not an accurate way to describe issues of economic justice, few if any would dispute the claim that income inequality in America is at its highest level since the Great Depression, even though we as a nation are wealthier than we have ever been. And this is our sin, not the acquisition of wealth, but the willingness to watch others suffer because of it. If profit is God, then we are the Babylonians, and certainly destined to suffer a similar fate. Our economy has the wealth to cure almost all of our ills several times over without causing any hardship at all to our wealthiest. Yet, even with all that power, we lack the will, the common decency of our grandparents, leaving us financially flush, but morally bankrupt.

Again I ask, "What is an economy for?"

It is for us, or at least it should be. It used to be. It could be again, if only we could make the economy great again. Maybe someone should put that on a hat.