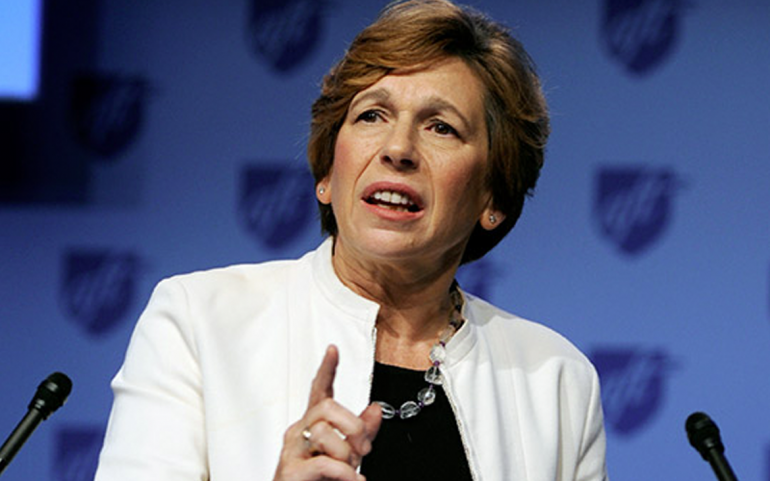 “Infrastructure investment has always been a win-win for communities—fixing and building new roads, bridges and tunnels; modernizing schools and our energy system; and spreading 21st-century technologies across the nation, which all help create and sustain living-wage jobs and small business. It’s never been intended to enrich Wall Street and profiteers—until now. Since President Trump and Republicans decided to spend trillions in tax breaks for the rich instead of investing in our infrastructure and creating jobs, they are left with a tin-cup strategy.

“Trump’s infrastructure proposal fails to put forth the federal investment to meet our most urgent infrastructure needs. It puts the burden on states and localities, which, after being double taxed through the elimination of the State and Local Tax deduction, would have to institute another tax—a triple tax—to pay for projects. The plan also lacks necessary labor standards to ensure workers are safe and get a decent wage, and it provides a huge windfall for Wall Street and corporations and imposes more tolls and expenses on America’s families. And the fact that it doesn’t include a cent for public schools speaks volumes about this administration’s lack of commitment to public education.

“As a union in the business of public-private partnerships, we understand their value. But private investment can’t take the place of necessary federal funding. Public-private partnerships shouldn’t be a vehicle for the privatization of public goods and services, and they shouldn’t be used to ensure Wall Street and hedge funds can make a quick buck off the backs of taxpayers.”