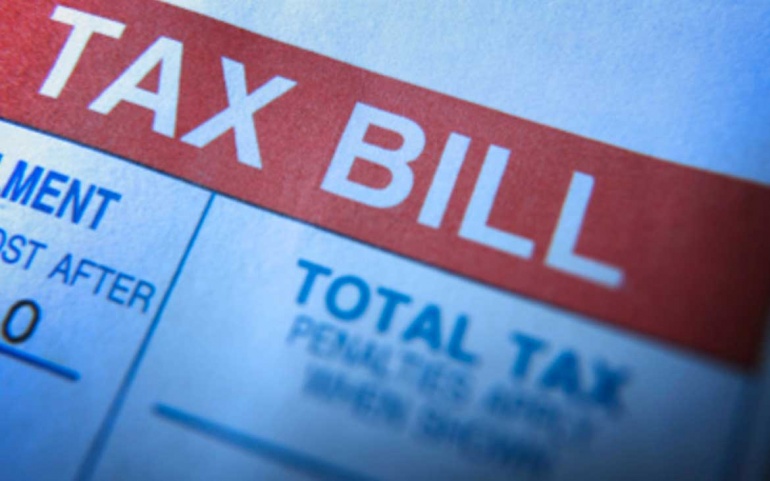 For those without children, baby showers provide the perfect opportunity to explore a foreign and fascinating world almost as alien as the bottom of the ocean. A short visit to any Babies R Us, Target, or even Barnes & Noble will reveal educational baby and toddler toys that new parents clamor for. Ridiculously simple, but so important to early cognitive development are the myriad shape sorters available for children as young as six months old.

There are no less than three dozen different shape and color sorting games and toys for babies on the shelf at Wal-Mart today. Each features a combination of stars, squares, circles, and rectangles for young geniuses to hone their elementary reasoning and math skills. 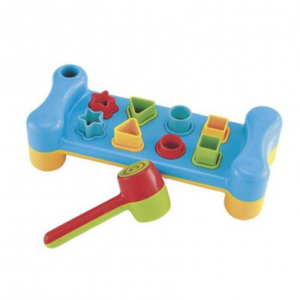 Could Trump solve this puzzle faster than a six-month-old baby?

Evidently, Donald Trump’s parents deprived him of some early childhood toys that would have added to his meagre IQ score. He has been trying to hammer a square peg into a round hole since last January and still has not learned that it will not fit.

This week, the square peg that will not fit is another attempt to repeal the Affordable Care Act — better known as Obamacare in deference to the great president who conceived the plan and brought American leaders together on its inception. For ten months, Trump has been hammering square peg plans through Congress in a desperate attempt to obliterate the legacy of the last American president.

In each of Trump’s previous attempts to repeal ACA, the votes have failed. His contempt for Obama’s success has even inspired a grass roots campaign. Prior to the past votes on repeal bills, millions of Americans called their representatives to complain and demand that ACA remain untouched. The people are the round hole that Trump and his cronies keep trying to silence with a square peg.

Late Tuesday, senate Republicans announced their latest attempt to appease King Donald with yet another push to repeal Obamacare. This time, the effort comes as a sordid and covert Congressional manipulation attached to the a bill that is purported to slash taxes for the one-percent and avail working class Americans of the ‘trickle-down’ in a redux of 1980’s failed economic policies.

In what is clearly a case of American legislators ignoring the will of the public, the ACA repeal — like the broader tax bill it is a part of — is a prime example of the disconnect between the people and their representatives. The people have spoken several times. They are desperate to retain the affordable and necessary healthcare coverage that they are entitled to and to stop Trump and the GOP establishment from pulling the lifesaving rug out from under them.

American politicians have always reaped the benefits of their service — from travel perks to lobbyist donations, the supposedly ‘thankless’ job of representing the United States is full of financial gratitude for the taking. Washington, D.C. has become the ultimate insider-trading scheme with Trump pulling the strings that benefit him and the elite few who stand by their beloved leader. While the rest of America watches their rights, freedoms, and healthcare go down the drain, the swamp is quickly emerging as the playground of the rich and shameless.

The Senate is poised to vote Thursday on a tax bill that will slash $25 billion from Medicare and eliminate health coverage for 13 million Americans. It is time for Americans to tell the republicans and Donald Trump, “No!” again by calling their two senators at 202-224-3121 and demanding that the Senate represent the people — and not the solitary will of a lunatic. 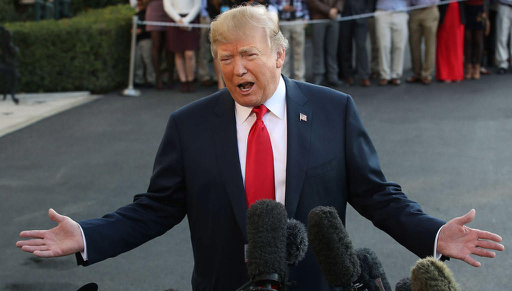 Trump cries daily about his inability to bully Americans into submission. (Photo: AP)

For months, Trump has been blowing his own horn about how intelligent he is, that his IQ is higher than anyone in Washington, D.C., and what an exceptional student he was during the course of his education. Despite all those self-proclaimed superlatives, it is questionable whether Trump could solve the most basic shape-sorting toy at Babies R Us.

For a man with so much alleged intelligence, he cannot seem to figure out that the square peg just does not fit in the round hole…no matter how big a hammer he uses or loud a tantrum he throws. The time has come for Trump to accept that he should leave Obamacare, and other important governing, to the adults and go find some toys to play with. Maybe he will learn something in the process.