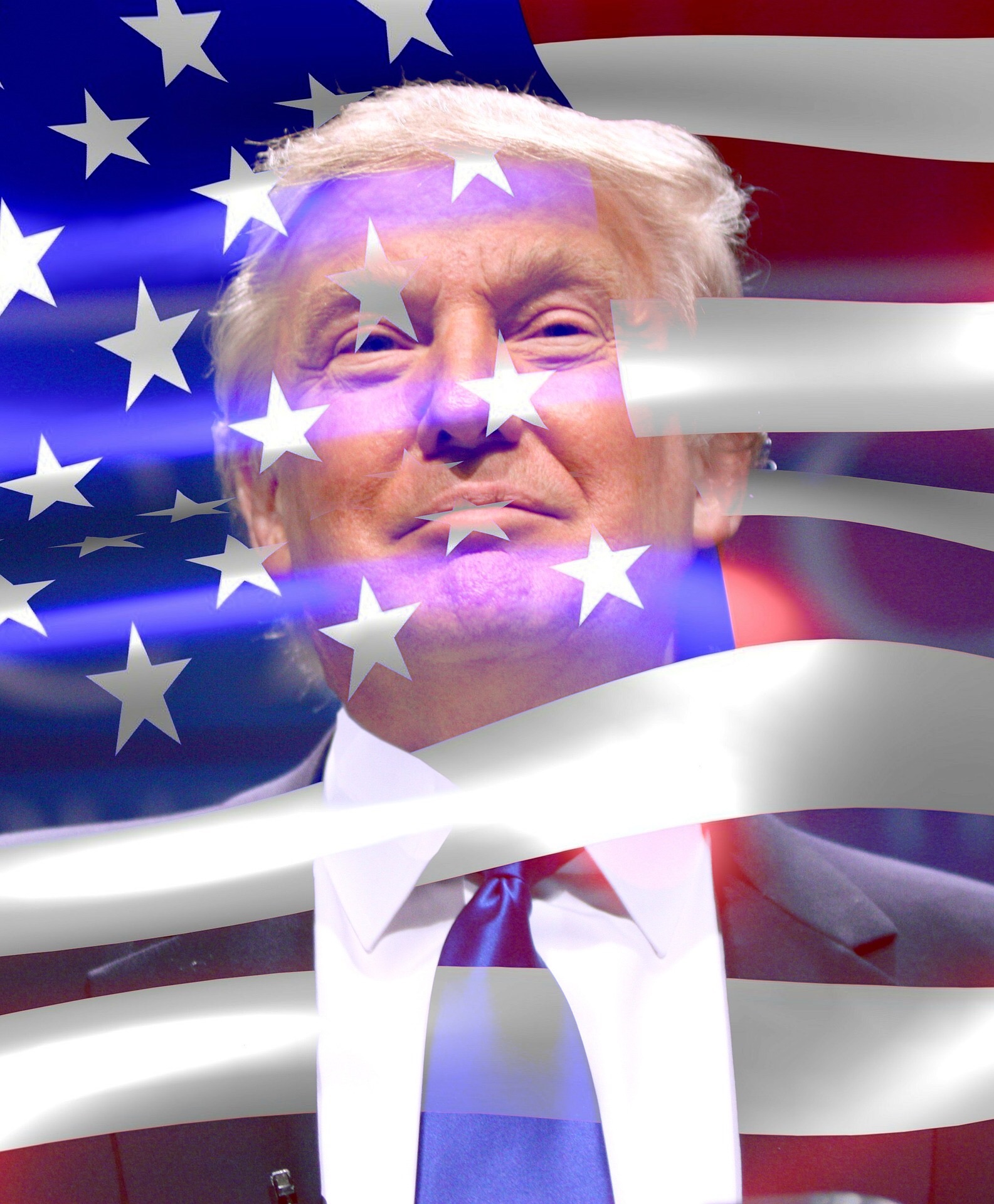 I desperately want to be able to say, "Donald Trump is not my President!" I not only want to say it, I want to put it on a sign in my front yard and a lapel pin I can wear every day until his inevitable impeachment. I want to replace "Hello" with "Trump is not my President," and close all correspondence with, "Sincerely, not a constituent of Donald Trump's." When I read the news, I want to scream it at the top of my lungs.

Every time I feel that impulse, I am reminded of the advice of my platoon sergeant from Airborne School. Sergeant Airborne Prince always said, "When in doubt, do the right thing." I've repeated and reflected on that advice countless times in the decades since, and I have come to realize that it's an almost universally-applicable ethical rule of thumb. Invariably, when I think I have a moral dilemma, I already know in my gut what is the right thing to do, I'm just trying to talk myself out of it because I sincerely want to do something different.

As much as I want to say that Donald Trump is not my President, I cannot bring myself to do so because it's not the right thing. He is my President because I am an American citizen. Any attempt to distance myself from that reality undermines the strength of the democratic process which stumbled dramatically by placing a pathologically lying, ideologically pliant, and intellectually ill-equipped reality television performer in the Oval Office. For that same process to have a chance at helping our country recover from the devastating consequences of Trump's administration, we all must accept the reality that Donald Trump is our President.

There are several ramifications from that reality. The first is that we, as citizens, bear a shared responsibility for the catastrophically bad decision to install someone who is so patently unfit to hold the office. I certainly did not vote for the man, but I am part of a community which includes enough people who did vote for him that he won the Electoral College. Whatever combination of failures in our educational system, economic safety net, and mass media made this travesty possible, I share in the blame because - as an American - I did not work hard enough to reverse them. Donald Trump is not the President I wanted, but perhaps he is the President I deserve for my own complacency.

Secondly, accepting that Donald Trump is our President means shifting the focus away from the previous fight to block his election and instead closely scrutinizing the reach and scope of his attempts to destroy decades of progress. It is difficult to enumerate all the disgusting consequences of those attempts, but a few stand out as particularly egregious. Perhaps the most obvious is Trump's attempt to and-donald-trumps-stealth-war-on-epa/">viciously and punitively destroy the Environmental Protection Agency, and - more broadly - to undercut scientific research when its conclusions are harmful to corporate profits. Likewise, the bizarre actions of Trump's Department of Justice to move backwards on civil rights, ignore criminological research, and threaten the viability of the First Amendment all pose real threats to American citizens. As Commander in Chief, Trump is also willing to weaken our military, as well as blatantly lie and improvise dangerous rhetoric that could lead to nuclear war. Finally, there's Trump's willingness to incite violence when it suits him, and subsequently fail to immediately condemn white supremacy (and-politics/20170814/trump-condemns-kkk-neo-nazis-as-thugs">but do so eventually, under public pressure) when neo-Nazi bigots inspired by his rhetoric act out violently.

Any one of these policies or actions would pose a dire threat to America and our fellow citizens. Collectively they are the most comprehensive assault on American values and progress since the Second World War, making Man in the High Castle and The Handmaid's Tale feel more like documentaries than fiction. If Franklin Roosevelt's sweeping reforms to aid the American people were the "New Deal," Trump's policies are collectively a "Screw You Deal" that would not be unfamiliar to the many contractors and students he allegedly defrauded. Focusing on the spectacle of Trump's incoherence and ignorance, however, so that we can gleefully denounce him as "Not our President" ignores the fact that Trump is our President, and every day he and his staff are actively and successfully working in countless ways to limit the rights, power, health, wellbeing, and voice of American citizens.

Once we come to terms with the multivalent dangers of that work, we can also recognize that accepting that Donald Trump is "President" means simultaneously recognizing what he is not. Despite a preference for décor that the Sun King would find gaudy, Donald Trump is not an absolute monarch. As his constant failures to advance a coherent legislative agenda indicate, Trump's power as the head of the executive branch - while devastating in its own right - can be significantly mitigated by an engaged and motivated Congress. Accepting that Trump is our President, and only our President, also reminds us of the tools we can effectively mobilize to check his power. This means: calling our members of Congress; holding those Representatives and Senators accountable; bringing suits that allow the judiciary to weigh in, registering people to vote; blocking voter suppression; engaging in state and local elections and legislation that can check federal authority; nominating and supporting candidates who will fight back against the President's regressive agenda; and, supporting a fair and free press that can thwart Trump's dictatorial attempts to flood us with propaganda.

To make these actions a reality, we have to recognize that Donald Trump is President, not so that we can unite behind him, but so that we can unite against him. The fight to keep him out of the Oval Office is over, and - to the peril of the decency and honor of the office - we lost. The struggle now will be to protect the values we hold dear against a thin-skinned, petty tyrant and his assembled gang of abysmally and-beyond/">unqualified and bigoted sycophants, self-serving capitalist thugs, and religious fundamentalists. Engaging in that ongoing struggle requires as a first step the honest recognition that we are not shielding our citizenry from hypothetical, outside terrors, but instead from the President in whom we have invested tremendous political authority.

Understanding the scope and limits of that authority is not about supporting Trump's platform or honoring the ridiculous, divisive, and embarrassing things he says and does. It is about comprehending the power we have ceded to him, so that we can establish realistic strategies to mitigate his influence. We cannot formulate a cure, though, unless we accurately diagnose the disease. That diagnosis is unambiguous. Donald Trump has consistently demonstrated that he is constitutionally incapable of doing the right thing.

As neighbors, however, we can still do the right thing. This election rent the fabric of the social contract which allowed the federal government to be our collective voice in working for the common good. We must now find ways to work together as communities - of every size - to do what we know to be the virtuous and moral thing. For that to be possible we must recognize that, whatever political differences brought us to this place, we are all American citizens under one government. Together we have elected a man who represents Americans at our very worst. We will have to come together as Americans at our very best to protect what is right, good, and just from the predations of our President.

The shame of admitting that Donald Trump is our President is one we are understandably loathe to bear. Even still, it is America's shame, and so we must bear it as Americans if we are to have any chance of preserving the nation which failed us when it installed Donald Trump in an office he is unfit to hold. Carrying that shame together is the right thing, because it keeps us together as a nation, and it's only together that we will be able to take on the larger, daily tasks of doing what is right to secure the blessings of liberty to ourselves and our posterity.