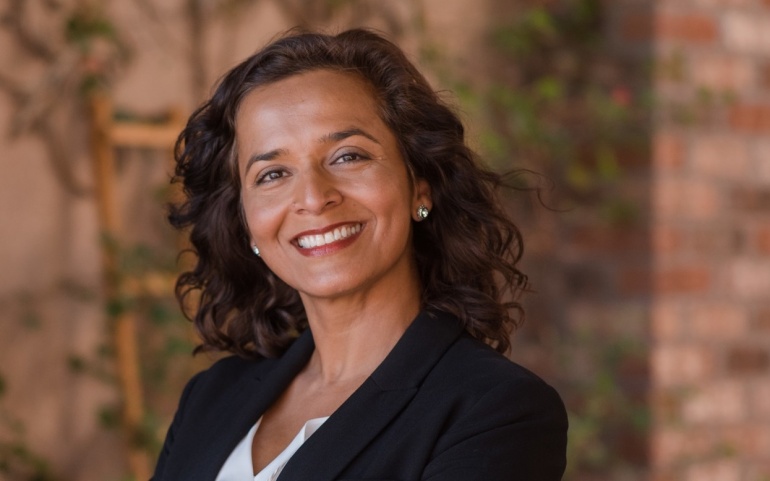 A profile of the ER Doctor and Cancer Research Advocate who wants to represent her community in Congress.

Early voting has started in Arizona’s 8th Congressional District special election to fill Trent Franks’ empty seat. Election Day is fast approaching, on Tuesday, April 24th. As voters in this conservative district cast their ballots, many may be unfamiliar with the Democrat on the ballot who, unlike her GOP challenger, is not an established politician.

According to Dr. Hiral Tipirneni, her non-political background is one of her core strengths, along with her “pure and demonstrated motivation” to help improve the lives of her fellow Arizonans. Her life story and background are atypical for an Arizona contender. This may work in her favor in this atypical election year, as she makes the case that her compassionate, honest and solutions-focused approach developed over decades as a medical professional will translate to more meaningful representation for her constituents in Congress.

A profile of the candidate, based on an interview conducted on Friday, March 30th:

With eight dollars in their pockets and a desire to achieve the American Dream, Hiral Tipirneni’s parents packed up their family and immigrated to the United States from India in 1971. To them, America was a land of opportunity where hard work would translate to success, no matter where you came from. Though they struggled at first to make ends meet, her parents settled into new jobs and began to make that dream a reality: Hiral’s mother became a social worker and her father established a career as an engineer.

Though the culture shock was intense as they settled into a working-class town on the west side of Cleveland, the community they moved into was the proverbial American melting pot. Hiral, who was three when they arrived in the US, grew up in a town that had a large and diverse immigrant enclave, and although these families had arrived from across the globe, they “felt very proudly American, growing up embracing the wonderful traditions of our newfound home. We loved America from the start.”

Young Hiral had a “really quiet, happy midwestern upbringing. A nice, simple childhood.” She recalls riding bikes with her brother around the neighborhood, skateboarding down the hill by their house, playing at the park, and walking to the local public schools. Though, she laments, she “would have liked some better weather growing up!”

After high school, Hiral was accepted into an accelerated medical program at Northeast Ohio Medical University (NEOMED), which allows students to complete their Bachelors and Medical Degree in quick succession. While at NEOMED, she met her soon-to-be husband, Kishore Tipirneni, a fellow student. During her studies, she was drawn to emergency medicine because it was a place where she could apply her innate ability to “solve problems and take action”. She also wanted to be the first person that patients would interact with when they came in. “I have a lot of empathy and I enjoy connecting with people.”

After finishing up at NEOMED, Hiral earned a residency at University Hospital at the University of Michigan. She honed her skills in the emergency department, and developed a love for teaching other residents as she advanced. Eventually, she was granted a notable honor, becoming the first Chief Resident of her residency program.

At Home in Arizona

After she was finished with her program in Michigan, Hiral and Kishore wanted to find someplace to settle down and start a family. “Preferably someplace with less snow.” They looked at some spots in the Pacific Northwest, and at other Southwest locations like Albuquerque.

But they were immediately drawn to the Phoenix area. In Hiral’s own words: “There was a huge group of people who had moved to the area from the Midwest, as we were planning to do. So despite the different topography, physical climate and cultural history of the state, the community felt very familiar to us. It felt like home. There was that sense of neighborliness and community. There was an appreciation for public schools and a sense that we all needed to support each other. We quickly knew that this was the community where we needed to set down our roots and start our family.”

It was here in the Phoenix area that the Tipirneni family grew. Hiral and Kishore have three children – all native Arizonans: their two daughters, Mira and Anjali are currently in college, and their son Jalan is a junior in high school. The couple has now been married for 25 years.

Hiral settled in to work in local emergency rooms, initially at Banner Good Samaritan and at Maricopa County Medical Center, where she got to continue working with and teaching medical residents. Largely it was the same work she’d been doing in Michigan – high volume, acute cases – but with some southwestern twists. “I’d never had to treat snakebites before!” she recalled. She continued to serve the community as a trusted ER Doctor for years.

Then, in 2007 and in quick succession, Hiral tragically lost her mother and her nephew to cancer. This prompted Hiral to become a Cancer Research Advocate, opening a new chapter in her life. Her advocacy involves “matchmaking”: bringing together the non-profits that are funding cancer research with researchers from around the world. This work – which is very personal and meaningful for her – has given her an even deeper sense of purpose, and for years has fulfilled her desire to make an impact. Then the 2016 election happened.

On November 8th, 2016, the Tipirneni family hosted an election night party at their house. “It didn’t go the way we’d hoped,” she says flatly. She spent a lot of time that night talking with her daughters. “I said, ‘Look girls, we’re going to keep fighting for the issues we feel are important, and make sure our voices are heard.’ One of the things I said was that there really needs to be better representation in DC. We need more diverse voices, especially women. We need more women to run for office. And after giving that lecture to my girls, my oldest daughter said, ‘Well, mom. If not you, then who?’ So, a day later I applied for the Emerge Program.”

Emerge helps prepare Democratic women to run for office. During the program, Hiral assessed where she might be able to have the most impact, given her expertise, passions and skillset. Because healthcare was such a major issue for her, she set her sights on the US Congress. “Knowing that healthcare really had to be impacted at the federal level, I looked at [former Representative Trent] Franks’ seat. He had not been an impressive legislator – he couldn’t account for any significant legislation connected to his name. He hadn’t had a serious opponent for multiple cycles. I decided that was it, and I answered the call. My campaign officially started in July, 2017.”

When the incumbent Republican Franks was forced to resign in late 2017 due to a sex scandal, the timeline unexpectedly moved up for Tipirneni and her opponents. Instead of ramping up for November 2018, a special election was set for this April 24th.

From the ER to the Campaign Trail

When asked why she thinks her background prepares her for the monumental job of constituent representation, Dr. Tipirneni had a clear answer:

“First of all, I know my community,” she says. “People came into my ER from all over the region with the full spectrum of illnesses and acute traumas. I saw patients across all socio-economic levels, from diverse cultural backgrounds and was privileged and honored to serve them all.”

She continues, “In my line of work, it’s important to listen and critically assess what the patient says. Somebody may come in complaining of belly pain, and then by listening and asking questions you find out that they accidentally ingested something that they shouldn’t have. You can’t jump to conclusions, but you also have to think fast and be very present.

“In emergency medicine, you don’t have enough time with patients to develop a deep relationship like a primary care physician would. But, you do still have to establish a meaningful rapport quickly, to make sure the person can be fully honest with you and tell you things that might make them uncomfortable. That’s what I’ve loved about doing this work. It’s showed me that you can connect with people in a relatively short amount of time if you show them some compassion and a willingness to listen.

“I see this skillset translating well into the work of representation. I mean – just like I’ve come across every different type of person from this area in the ER, I’ll be encountering them all the time as I engage with them so that I can represent their interests in Washington. My constituents will need to know that I’m really there for them – that I’m listening without bias or judgement – and that I’m doing the best job I can for them. I’ve been doing this my whole career.

“A representative has to keep touching base to remember why you’ve been sent to DC in the first place. I will create opportunities for them to connect to me, and I’ll seek them out as well. I’ll hold regular town halls. I’ll talk to the small business owners. I’ll talk to the teachers and the community leaders. You have to go back to your constituents and constantly reassess and say, ‘OK, here are the things that Congress has accomplished (or not accomplished). What impact are you feeling? What are your concerns?’ Then take those views back to DC and make sure they are part of the conversation. It’s like the reassessment you do when you initiate medical care. You have to take a pause and say, “OK is this working? Do we need to change direction?”

So, can Hiral take this people-focused philosophy and actually convert it to a victory? For a Democrat to win in this NW Phoenix community, where constituents lean conservative, a lot would have to go right for Dr. Tipirneni. Her platform should help, as she carries a core message that she will fight for “Earned Benefits” while in DC – programs like Social Security, Medicare and Medicaid are critically important to the disproportionately older population of AZ-08. But in the end, her success may hinge on whether she can convince her fellow Arizonans that she really wants to be there for them – for all of them – using the listening and problem-solving skills she developed throughout her professional career, to represent their best interests in the US Congress.