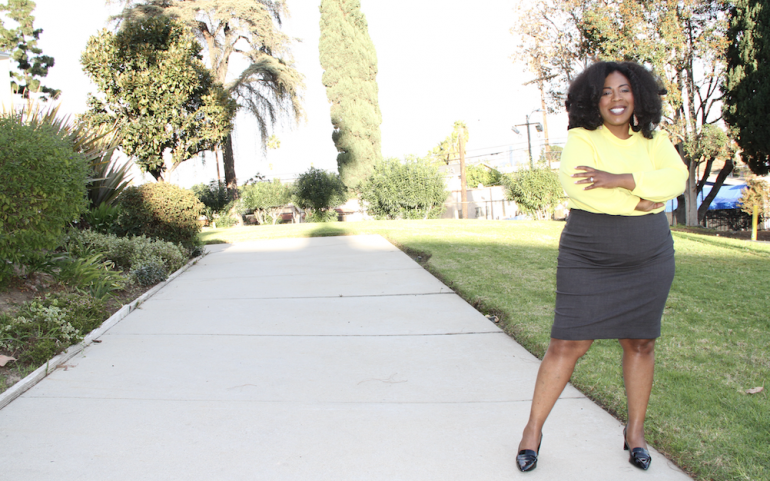 If you’d have asked me before if I was ever going to run for any type of public office, my answer would have been no. I’ve spent the majority of my career supporting those in elected office and getting others elected.

But then a few things happened.

In 2017, 26-year-old Gemmel Moore was found dead of a meth overdose in the West Hollywood home of Democratic donor Ed Buck. Buck, was 63 and white, a longtime political donor, one-time West Hollywood City Council candidate and a well-known figure in LGBTQ political circles. Moore was Black and gay, had been homeless and had worked as an escort.

Moore’s death was immediately classified as an accidental methamphetamine overdose by the coroner, but after his personal journal was published and other young men stepped forward recounting similar stories about Ed Buck, a man who they say has a Tuskegee Experiment like fetish which includes shooting drugs into young Black men that he picks up off the street or via dating hookup websites, the L.A. County Sheriff’s Department’s opened a homicide investigation.

“In his journal, Moore wrote, ‘I honestly don’t know what to do. I’ve become addicted to drugs and the worst one at that,’ a December entry reads. ‘Ed Buck is the one to thank. He gave me my first injection of crystal meth it was very painful, but after all the troubles, I became addicted to the pain and fetish/fantasy.’

At the time of the news of Moore’s death, the California Democratic Party was being led by one of Buck’s friends — Eric Bauman — someone who I believe helped to protect Buck with his silence and willingness to look the other way.

But in some kind of poetic justice, Bauman himself — the first openly gay head of the state party — would later be dethroned over claims he sexually harassed and assaulted people at political events.

I believe that California’s Democratic Party is in the middle of a morals and values crisis. Our Party no longer reflects the interests of the people it serves and many of its members are disillusioned.

That’s not the kind of political party I want to belong to. One that sees the lives of Black people as being expendable. As Black Democrats, that is not the type of return we expect on our years of investing in the Democratic Party with our votes.

If Gemmel Moore had been a white male or female — I seriously doubt the Party leadership would have been able to sweep it under the rug the way they so carelessly and deliberately did.

And even though the number of Blacks living in California continues to decline, thanks in part to gentrification, we’re still here, we’re still voting democratic and we deserve to be represented and to have our voices and issues heard at every level.

For too long, as a Black woman living in Southern California, I’ve had one foot in the Democratic Party and one foot out. I never really had the feeling that my state’s party cared about women like me or the issues important us — but was always more than willing to take advantage of our votes.

Unbeknownst to most voters, in California, every two years Democrats elect members to represent the Assembly District they are registered in. These people are called AD Delegates. AD Delegates are elected by voters in their Assembly District and vote on behalf of the community they represent at California Democratic Party Regional Meetings, the California Democratic Party Convention, and those who are also elected to serve as an Executive Board member are responsible for voting and representing their community at the semi-annual E-Board meetings. AD Delegates are directly responsible for helping to shape the Party’s platform and be the voice of voters in their community at the Party level.

Unlike with other elections in the state, the California Democratic Party doesn’t talk much about or promote the election of AD Delegates to Democratic voters at-large. As a voter, you have to go searching for this information — something that most of us aren’t going to do. Many of these seats are “reserved” for Party favorites or people the Party can count on to vote the right way, say the right thing and if need be — look the other way.

But here’s the thing — any registered Democrat can apply to run in their Assembly District and that’s exactly what this Black woman did.

I am running for delegate in a district in California that is less than 6 percent Black and the reason why is simple. Black people do not only live in one or two Assembly Districts. Thanks to gentrification and the high cost of living, we live all over California and we should be represented in every district.

It is very easy for “allies” to like, retweet or share messages of Black women empowerment on social media giving them the appearance of being progressive and supportive of us — but when asked to put their support into practice and support Black women candidates the enthusiasm disappears. The California Democratic Party is no different.

Since announcing my run for delegate, I’ve gotten calls trying to talk me out of it. I’ve spoken to Party leaders who didn’t think it was a big deal that they were not supporting any Blacks on their political slates — a group of candidates running for delegate on a common platform. I was told that because Blacks were not the majority in my district it only makes sense they aren’t represented as delegates.

Despite all of that, I am still running. Whether I win or lose, it’s clear the California Democratic Party needs to be reminded that 77 percent of African American likely voters vote for Democratic candidates and issues.

And just like there was no cap on the number of white males and females who could hold elected office (hostage) — there’s no cap or quota on the number of Black people — and more importantly Black women — who can run for office. There are no more Black districts in California. Black people live everywhere and we shouldn’t be relegated to running for office in certain areas.

As a Black woman, I am committed to ensuring that all of us are represented — and that includes women of color. As a delegate, I will continue to be a consistent advocate for candidates, issues, and initiatives that speak to the needs of communities of color — representation, restorative justice, criminal justice reform, income equality, living wage jobs, affordable housing and healthcare for all. I will be the one that reminds the California Democratic Party that when we talk about immigration and the migrant crisis at the border, we should also be talking about the groups of Haitians, Eritreans, Cameroonians, and other Africans and people from the Caribbean at the border as well.

I lost my best friend in 2018 to AIDS — but really more the stigma associated with the disease. She was one of my biggest champions and would always push me to do more including encouraging me to run for office. I would always tell her no, that’s not my thing. She’s not here to see me run for delegate but I am running for her and millions of Black women like her.

Jasmyne Cannick is a political strategist and journalist who is running for delegate to the 53rd Assembly District which includes the Los Angeles cities and communities of Adams-Normandie, Arts District, Boyle Heights, Downtown Los Angeles, East Hollywood, Hancock Park, Huntington Park, Koreatown, Larchmont Village, Little Tokyo, Pico-Union, Rampart Village, Vernon, and Westlake. Find out more about her candidacy by visiting facebook.com/vote4jasmyne. To invest in her campaign, please click here. The election is January 12.

Jasmyne Cannick is known for her ability to speak truth to power as a journalist and television and radio commentator focusing on political, race and social issues. She was selected as one of ESSENCE Magazine’s 25 Women Shaping the World, one of the Most Influential African-Americans in Los Angeles Under 40 and one of Los Angeles’ Most Fascinating Angelenos by the L.A. Weekly.  A forward thinker with the ability to tackle hard to address issues from an unapologetically Black point of view, Jasmyne continues to successfully bring a logical mindset, including innovative theories to the art and practice of storytelling in the 21st century. She is widely known and heralded for her efforts to shape public opinion and encourage civic engagement for positive social change while advocating for underrepresented and marginalized communities.