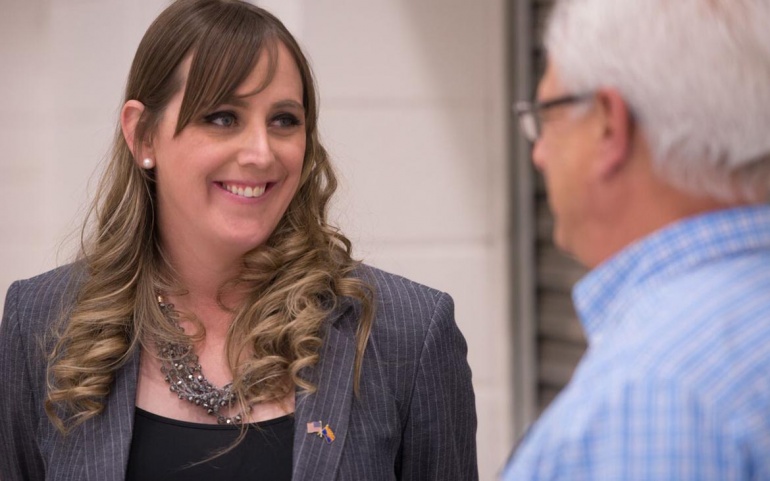 The 2018 election cycle is shaping up to be quite exciting and is filled with candidates who are prepared to fight the GOP establishment and promote a progressive agenda.

One such candidate is Brianna Westbrook, who is running for the U.S. House, representing Arizona’s 8th Congressional District. If elected, she will become the first openly transgender Congressperson and has vowed to support DREAMers, a liveable wage, quality public education and Medicare for All.

I spoke with Ms. Westbrook about prison reform, immigration and what keeps her grounded.

MS: What are your core values and how do they shape how you lead?

BW: I admire strength, courage and determination, which come from life experiences that shape and guide us. Strength often means standing firm like an oak tree and weathering the storm for what we know is right, consequences be damned. Other times our strength is seen in our willingness to bend like a willow and understand another’s perspective, to hear another’s story, to know we can bend without breaking.

Courage is staying the course in the face of opposition, not without fear, but despite it, and I’ve been emboldened by other dreamers and rebels who protest injustice and inequity.

My concern for the people who depend on me and the promises I’ve made to them give me the determination to get up each day and walk further and fight harder.

MS: One of your central issues is ending private prisons. The vast majority of Arizona's private prisons are owned by GEO Group, which owns more than 100 facilities across the United States. How do you plan to take on such a large corporation?

BW: I support H.B. 3227, sponsored by Senators Bernie Sanders and Raul Grijalva. The “Justice Is Not For Sale Act” addresses the need to end private prisons, and the effect of profit incentives and incarceration quotas on inmates, their families, detainees, and the American people.

The need to end private prisons intersects with other critical issues, such as immigration, bail and criminal justice reform, but while politically powerful corporations profit tremendously from mass incarceration, America will continue to lose. The U.S. incarcerates nearly 800 per 100,000 people, whereas most countries around the world incarcerate fewer than 150, which signals significant flaws in our criminal justice system. 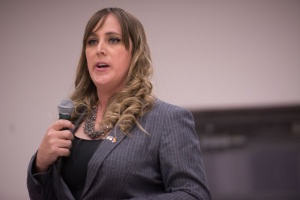 The outrageous profits earned by wealthy corporations increase the more beds are filled, just like hotels. Inmates are human beings whose lives should not be traded on the stock market like pork bellies, and correctional facilities should not earn profits commensurate with the number of beds filled.

One way to reduce our prison population is to legalize cannabis at the federal level and decriminalize drug abuse. Addiction is part of a more significant mental health crisis and should be treated accordingly.

The GEO Group is a key player in an industry that earned profits of $629 million in 2015, and are aggressive lobbyists. Despite their wealth, their correctional facilities nationwide have come under increasing scrutiny, as their cost-cutting methods include reduced staffing, inadequate training for employees, inadequate monitoring, and overcharging inmates and their families for phone calls and banking. I believe Congress will compromise, and I’m also confident that as GEO comes under greater scrutiny worldwide, their greed will be part of their downfall.

MS: You've overcome a lot of chaos in your life. What grounds you? What inspires you?

BW: My life has been a wild ride so far, and I don’t expect that to change anytime soon! I think the constant unpredictability as I was growing up and the many changes I’ve been through helped make me adaptable to any situation. I tend to keep a pretty cool head, no matter what happens.

I’m grounded by my daughter and young people all over the world who will inherit this earth and everything we’ve done to it. I have to know I did everything I could to protect and defend what was right.

As I’ve traveled throughout my district and our state, I’ve learned that everyone has a unique story to share about the journey that brought them to this point and their hopes and dreams for the future. These are the people and the stories that inspire me.

MS: Arizona has a very high population of undocumented immigrants and, as you well know, the current administration is very hostile towards immigrants. If elected, what would your immigration policies look like?

Second, DACA was not intended to be a permanent immigration policy. Amid the continuing controversy, one fact is clear: Congress must find a way to get a solid immigration plan passed.

Immigration to the United States is based upon the following principles: the reunification of families, admitting immigrants with skills that are valuable to the U.S. economy, protecting refugees, and promoting diversity.

A viable immigration plan must consider factors on multiple levels, including economics and our nation’s safety, and should support America’s stronghold as a defender of civil rights. Families make up our communities, and Arizona’s families should not be sliced apart like they are merely a line item on a budget sheet.

MS: How do you balance parenting, work and running for office? How do you relax?

BW: When I need balance in life, I generally will center myself by listening to music. "Passenger" is one of my favorite artists. I enjoy the 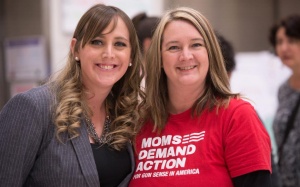 acoustic versions of his songs; they touch my soul. I also enjoy classic 90's hip-hop and classic rock. I also enjoy hiking with my daughter and our two boxers, Deacon and Zara. My daughter and I enjoy nature, so on a day off you can find us hiking trails in Payson or Sedona. Horton Creek Trail in Payson is one of my favorites. It's off the grid, and there is a small stream that runs through it. My daughter’s favorite is Oak Creek Canyon in Sedona.