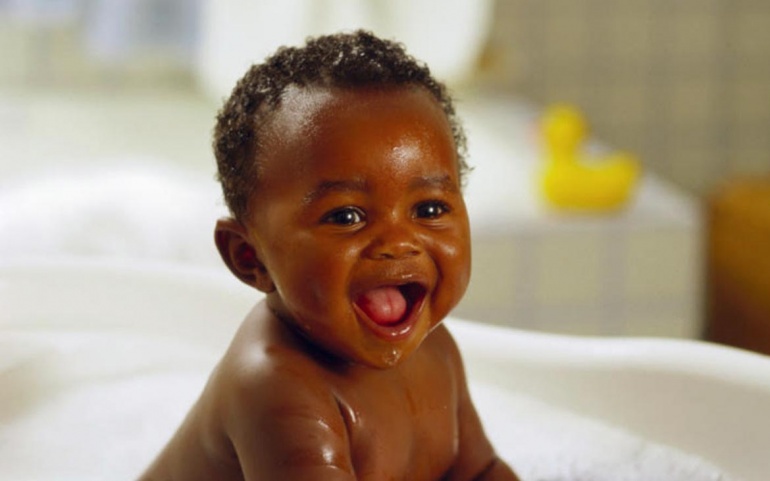 "I am not an advocate for frequent changes in laws and constitutions, but laws and institutions must go hand in hand with the progress of the human mind. As that becomes more developed, more enlightened, as new discoveries are made, new truths discovered and manners and opinions change, with the change of circumstances, institutions must advance also to keep pace with the times. We might as well require a man to wear still the coat which fitted him when a boy as civilized society to remain ever under the regimen of their barbarous ancestors."  -- Thomas Jefferson

I am a proud Progressive.  In modern America the right uses the word as an insult, but I view it as a high compliment.  I believe human rights are for all humans.  I believe in the power of innovation to improve lives.  I get chills when I read about Frederick Douglass’ brave quest to shine a light on the cruelty of slavery.  I’m awestruck when I read about Aldrin and Armstrong’s first moon landing.  Lincoln’s Gettysburg Address steels my resolve; Chuck Yeager’s ceaseless pursuit of “faster” inspires me.  One can be realistic enough to know that the achievement of Utopia is impossible, but noble enough to relentlessly push for the betterment of society as a whole.

While incredibly energized, American Democrats are in the midst of an identity crisis.  Are the achievements of our ancestors voided by their instances of human rights violations?  How can we romanticize the ideals of Washington and Jefferson when these men owned people as property?  Those who signed The Declaration didn’t truly mean that “all men are created equal.”  African slaves certainly weren’t included in that ideal of equality; women were left out of the statement entirely.  In the first iteration of our beloved Constitution, a slave literally counted as 3/5 of a person for purposes of Congressional representation.  When viewed through the lens of today’s norms and mores, The Declaration and Constitution contain contradictions which drip with hypocrisy.  From this position, many of us fail to realize that if we had been born in the early days of America, we cannot assert with certainty that we would have challenged accepted practices and beliefs any more furiously than those who existed at the time.  Even amateur historians understand that cultural advancement and social progress occur slowly.  Instead of resurrecting the corpses of long dead historical figures in order to publicly stone them, it is much more sensible to view their actions in the proper regional and historical contexts.

A 16th Century German Proverb advises, “Don’t throw the baby out with the bath water.”  It’s a reminder that careless and overzealous efforts to rid ourselves of evil can result in the destruction of beautiful and beneficial things.  The American Founding Fathers were fallible white men, but they were also radical visionaries.  To a conscientious Progressive like me, their vision is the baby.  The barbarous behaviors and institutions are the bathwater.  In the quote above Jefferson seems to acknowledge that future generations might regard him and other leaders of his time as barbarians.  It is a telling admission, but one that recognizes progress as the ultimate goal.  By today’s standards the first American leaders were guilty of committing horrors.  But at the time, our barbaric society had not yet advanced to the point of outlawing those horrors.  With no ability to convict or acquit long dead ancestors, all we can do today is learn from them.  In order to fully appreciate the vision of America’s Founders, we must possess a fundamental understanding of the time and place in which they lived.

Though separated by 3,500 miles of vast ocean, colonial Americans were subject to Britain’s crown.  As their numbers grew over a century and half, the Colonials became increasingly frustrated with a totalitarian model of governance in which their views and voices were ignored.  In a costly, frequently hopeless seven-year war against the greatest military power on Earth, the Colonials miraculously won our independence.  The Continental Army suffered about 30,000 casualties, and it was not uncommon for soldiers to freeze to death or die of starvation-related disease.

The Founding Fathers desperately wanted to establish a government which protected future generations against totalitarian rule.  They wanted this because they had seen that overthrow of an established totalitarian government was possible only by bloody and costly revolution.  A method of government which empowered the people to make changes in accordance with their needs would obviate the need for another revolution.  We must not lose sight of this truth, for this is the baby entrusted to us by the Founding Fathers.  This is the central theme of America’s story, and the point of our grand American experiment.  The beautiful baby is a model of government which protects against totalitarians and empowers the people to govern themselves.

One of the most useful aspects of the Constitution is that it can be amended.   We can change our rules and laws as they fit us best.  The 3/5 Compromise is absurd today; we rightfully got rid of it long ago.  We have added and repealed Amendments.  But when the Constitution was drafted, a sacred set of rights was outlined in the first ten amendments.  These rights were enumerated to protect individuals from a government which would abuse its citizens through abuse of power.  The central theme of the Bill of Rights is to secure the right of the people to dissent against their government.  The Bill of Rights is an enormous obstacle to any would-be American totalitarian.  Free speech, a free press, free assembly, and free practice of religion are mortal enemies to dictators.  Troops can’t show up at our doors demanding food and lodging.  We can’t get beheaded or thrown into prison without due process and a reasonably fair trial.  Our government can’t eliminate us because it doesn’t like what we say.  The Second Amendment is the safeguard to the Bill of Rights.  Recently, I’ve heard calls from within our ranks for full repeal of the Second Amendment.  Although I favor sensible gun reform and renegotiated weapons restrictions, I am strongly against full repeal of the Second Amendment, because the Bill of Rights is different and special when compared to anything else contained within the Constitution.  Considering its historical underpinnings, great care should be taken to protect our Bill of Rights at all times.  With the rise of totalitarians across the globe, and a would-be totalitarian occupying the White House, now is an especially poor time to strike amendments from the Bill of Rights.

This nation’s history hasn’t been uninterrupted glory.  It has been far from it.  Over the course of our 250 years, the American baby has been bloodied.  She has been covered with tears, sweat, snot, and excrement.  Accordingly, she has gotten a number of baths.  She outgrew a few jackets, so we sewed her others which fit better.  We abolished slavery.  We granted suffrage to women and black Americans.  We passed a Civil Rights Act.  Twice, we helped save Europe with our grit, courage, and determination to protect human rights.  Every time we have washed the baby, we have thrown out the dirty bathwater.  But we’ve kept the baby.  She hasn’t always belonged to every American, but now she does.  That is truly a beautiful thing.  As a white male, it is easy for me to say that the American baby is beautiful.  I realize that it takes a lot more grace for women, African-Americans, Latinos, Native Americans, Muslims, LGBT individuals, and members of other persecuted groups to embrace this baby.  But together, we can keep washing her up when she needs it.  Every time she outgrows a jacket, we can make her a new one.  If we unite in caring for her, she will grow to make us all proud.