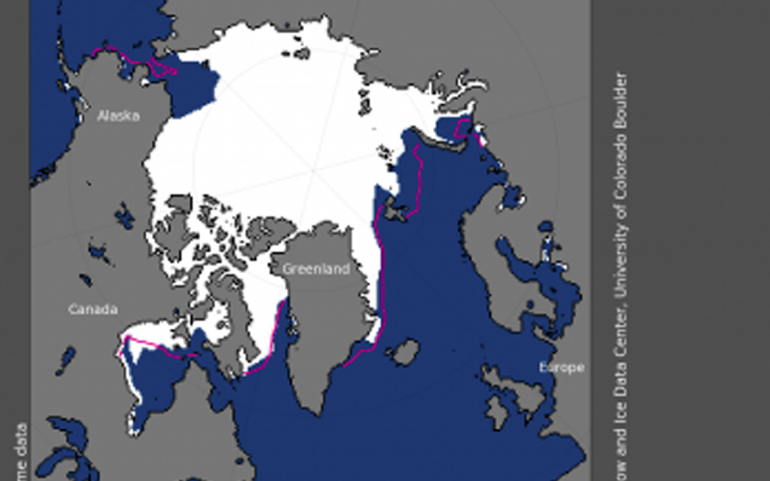 Tonight marks one of the most focused of all global countdowns. People around the world will wait in anticipation for the last seconds of another year to tick away. In Manhattan tonight, almost 2 million revelers will pack into Times Square and countdown with the famed ball. Around the nation and across the globe, millions more will be counting down to a larger and more significant event — the day when Donald Trump departs the White House for good.

As a deep freeze grips the east coast this holiday weekend, Trump offered up one of his most ignorant tweets of the year ahead of the festivities. On Thursday, Trump poked fun at the cold and suggested that the nation could benefit from a “bit of that good old Global Warming.” Perhaps Trump should get off the links and waddle his feeble-minded self to Puerto Rico, where people are still without power following the worst hurricane season in decades.

In the East, it could be the COLDEST New Year’s Eve on record. Perhaps we could use a little bit of that good old Global Warming that our Country, but not other countries, was going to pay TRILLIONS OF DOLLARS to protect against. Bundle up!

The self-proclaimed love of the people, Trump has demonstrated once again that he has no capacity to differentiate between scientific fact and the fiction of his mind. He has so little cognitive ability and intelligence that he fails to grasp that global warming is a trend independent of short-term weather events. As we replied to Trump on Thursday, “One cold week doth not an ice age make.” It’s not likely that any explanation would enlighten Trump as he increasingly presents as deaf, dumb, and blind to the realities of America and the globe.

One statistic that Trump pays undivided attention to of late is the stock market. Besides the increasing numbers on Wall Street and daily Dow records, Trump appears incapable of accurately reporting any other ratio, statistic, or measurement. That his sole focus since taking over the White House is personal monetary gain should be enough to alert his fan club that he’s really not looking out for them.

It is unfortunate that Trump appeared on The Apprentice rather than a program that would have exposed him for the fraud that he is — perhaps Are You Smarter than a Fifth Grader? would have been revealing. Then again, Trump prefers to participate in activities where the odds are stacked in his favor to win and fifth graders likely would have been too much a challenge.

In the barrage of criticism that erupted on Twitter following Trump’s global warming tweet, it is worthy to note, that Trump has filled cabinet and administration positions with unqualified people with less education and knowledge than he possesses. The Trump regime has engaged in an intentional dumbing down of America for the sole purpose of making Trump look good and allowing him to say anything stupid without facing correction. By installing a puppet regime-like administration, Trump can say anything he wants, including there is no such thing as global warming.

Last month marked a low point in the war against a threat Trump calls “fake news” along with everything else he dismisses as irrelevant in his continued heist of America. Measured Arctic sea ice ebbed to its third lowest extent in the nearly forty years that scientists have been using satellites to observe the ice. At the end of November, 3.65 million square miles of ice covered our planets pole — a mere 320,000 square miles above the lowest ever measured in 2016. Temperatures at 3,000 feet above sea level — though frigid like New York’s New Year’s Eve forecast — remained 6 to 11 degrees (Fahrenheit) above average.

Because Trump thinks on such a basic and low-reasoning scale — mere minutiae compared to a person of average intelligence and competent science and logic education — he is unable to differentiate between weather patterns and global trends. As much as he tweets about the stock market records, he also fails to process the broader implications of every rising stocks, reduced corporate taxes, lower wages, and the growing potential for a crash. As economists begin to draw parallels between key conditions in the last major crashes and current growth, Trump will be oblivious to the danger until the next time his lawyers are pleading his case in bankruptcy court.

As revelers begin to countdown to midnight tonight and 2018, many of us are busy calculating the Trump countdown — whether that’s when he leaves office of his own volition (which seems increasingly unlikely even at the official end of his term) or is removed by an act of Congress. It is the countdown of a generation and one that holds more consequence that changing a calendar.

As the New Year dawns, Trump will remain unchanged because the capacity to change, to make resolutions, to improve demands cognitive abilities beyond the scope of his simple mindedness. He will continue to receive his daily national briefings from Fox & Friends, divide the nation, and tweet about money being made on Wall Street…right up until Wall Street is underwater.