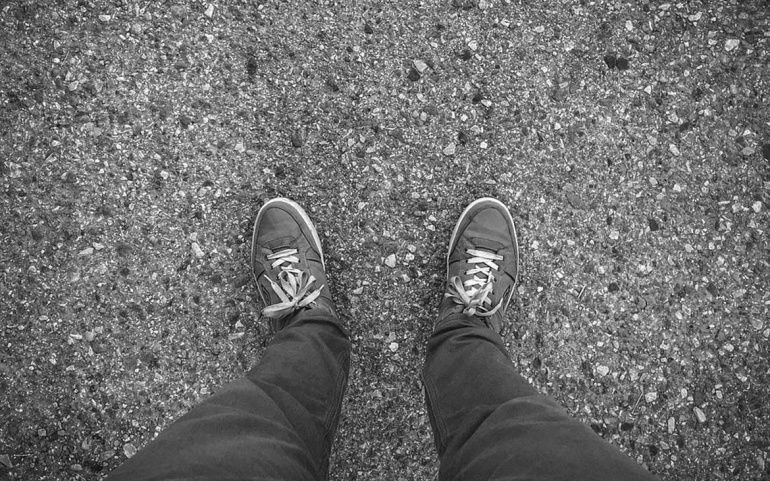 I was 15 years old, smoking a cigarette at the bus stop right in front of my high school. That is where I met a man I will call Bob. Bob was in his mid-fifties, with salt and pepper hair, pale white skin, piercing blue eyes, with an old-school Chicago accent. He sat next to me and made a comment about me looking far too young to be smoking cigarettes. We went on to talk about sports, the high price of cigarettes, and why it took so long for the bus to arrive. Finally, our bus came. He let me know he was on his way to pick up his car from a mechanic and that he owned a local store that sold cigarettes. He said I seemed like a nice kid so he would sell them to me without hassle.

Over the course of two to three months, I would go to Bob’s store after school and buy cigarettes. We engaged in small talk often. He asked if I was from the neighborhood and I explained to him I was from the other side of town. He asked about my family and I told him that I spent a lot of time with my Grandmother because, let’s be honest, Grandmas are awesome. He asked about my girlfriend, my after school activities, etc. Normal questions adults ask teenagers. One day, a month or so before school let out for the summer, he showed me his office in the back of the store. It was a mid-sized office, with a lot of pictures of his wife and his children, and his new grandson hanging on the walls. On his desk was a computer monitor with the American flag as his desktop wallpaper, and a wooden plaque that had “John 3:16” engraved on it. Before school let out for the year, Bob asked if I liked movies. I was a bit naïve as a teenager so I said yes, thinking he meant normal movies, like Toy Story 2 or The Matrix. He had a section in the store, near the back, with racks of pornographic films. He asked if I wanted to buy one, and, like most other teenage boys would have, I said sure. He picked one with a blonde on the cover called “Boobwatch.” He took the video behind the counter, bagged it up and I bought it.

When I got home I popped in the video, and to my surprise it wasn’t “Boobwatch,” it was gay pornography. This had to be an error. I had never seen gay pornography. At that point in my life I was still very much conflicted about my sexuality and still didn’t know quite what to make of myself. A couple of days later I went back to buy more cigarettes. Bob asked if I had watched the video. Terror swept through my body because I didn’t know how to answer this question. If he didn’t know about the mix-up then this would be easy, but I wasn’t sure of his endgame. After what seemed like an eternity, I chose the word, yes. He immediately started laughing. I could feel all the color leaving my body. I had just admitted that I watched gay pornography without having returned it, let alone questioning it. I had just outed myself. He asked if I wanted to buy another one. Still confused and embarrassed, but with a tinge of relief that there was no further questioning, I said ok.

School let out and I didn’t see Bob again until August when I went to pick up my schedule for the upcoming school year. He told me he needed a part time cashier. I wasn’t quite 16, so I didn’t think I was old enough to work. For the next few months, I went back just to buy cigarettes.

One month before my 16th birthday, Bob asked once again if I would like to work there and, of course, I said yes. I filled out the application and that was that. About a week later, I went to the store one morning before school to fill out some paperwork. The store was closed, so when I got there I rang the doorbell. When Bob opened the door I followed him into his office. He closed the door. I asked what kind of paperwork I needed to sign and he said, none yet. His entire demeanor started to change. He sat very upright and stared directly at me, not like I was a person but like I was his prey. He told me he knew I was gay and that he could tell everyone. He reminded me that I filled out the application and it had my family’s phone number on it. He reminded me that he donated a lot to the local police and many of them were his friends.

So there I sat, in a closed store as a young black youth, alone. He stood up and exposed himself to me. I sat there frozen, thoughts racing. I finally stood up also, silently. He grabbed me by my belt. I wanted, with every fiber of my being, to beat him until he was unrecognizable, but as he stated prior to this, he could turn this into a robbery story and no one would believe me. Also, the down side of being raised to be polite and respect adults is that this left me ill-prepared for how to handle this situation. The next thing I knew, he was pulling me closer by my belt and attempting to kiss me. I knew I had to get out of there immediately. The only thing I could think of was going to the bathroom. I asked him if I could use the bathroom. He stood back and said, right now? At this point I was trembling with fear at the prospect of being raped, and in anger because I could easily take this guy out in hand-to-hand combat. I mustered the strength to say, yes please. He said, okay you can use the one in here.

This was not going accordingly. My plan was to use the regular bathroom to gather my thoughts and figure out my next steps. I went into the office bathroom and immediately noticed a window. I stood on the sink, pushed open the window, and jumped. As soon as I hit the ground, I ran. I didn’t wait for the bus, I just ran until I saw one. When I finally got on the bus, I decided I wanted to be at home. And that’s when the fact that this man had my number hit like a ton of bricks. For the next few days every time the phone rang I answered as quickly as possible. I wasn’t ready to come out to anyone yet, and I knew the only way my story made sense is if I admitted to the fact that I bought pornography from this guy. Days turned into months and he never called. I never told anyone. As years went by I erased this memory. I chalked it up to some “crazy teenage tale.”

Cut to 2017. I was having breakfast at a diner with one of my best friends of almost 20 years as Alyssa Milano began discussing the #METOO campaign on Good Morning America. I don’t know why I did what I did, but I told my friend that I was almost the victim of sexual assault, and I told him my story. This was the first time I had ever mentioned this incident to anyone in my life. He looked at me afterwards and said, “Dude, you ARE the victim of sexual assault.” For the first time in my life, it became clear that this was not a normal “crazy teenage tale.” More importantly, it wasn’t my fault. I am writing this to shed light on secrets. Secrets are like weapons, and perpetrators will use them to harm you. My hope is that some young woman or man with a secret will read this and decide to never allow potential predators to use it against them the way I did. Do not hide who you are, for your secrets are your truths. My hope is that someday we can all feel comfortable enough not to hide ourselves from others, but to live openly, and use our truths as a means of empowerment.