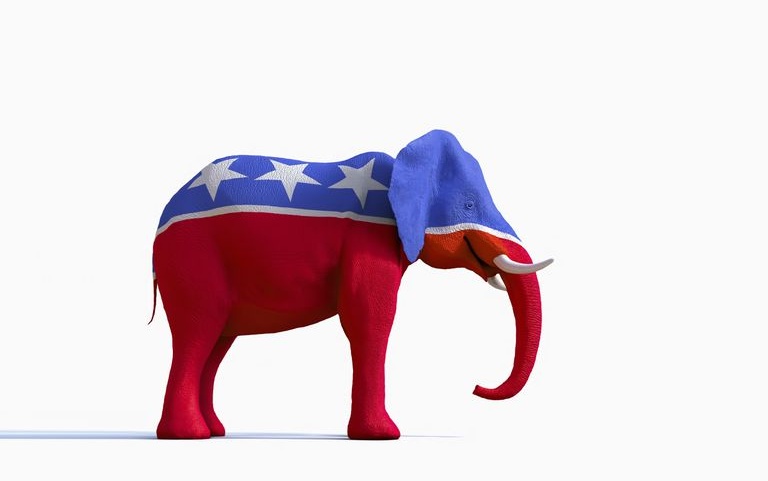 During my grad school days in the early 2000s, when I was just learning to teach, I used to lie to my students quite a bit. For example, on the first day of class, I often introduced my married self to my class using the word partner instead of wife. I thought I might learn something about my students by dropping a suggestion and playing a role, but I learned something about myself instead – something that now helps me understand the Republicans in my life. I learned that some lies are terribly difficult to maintain.

Identifying as a straight white guy all my life left me pretty naïve about all kinds of societal pressures. There had never been a time when I felt something I couldn’t express; I mean, I tiptoed a bit around the churchy folk, but everyone does that. The world had vetted my identity in advance, you could say. But in that classroom, allowing my students to believe my partner might also be my husband - that became an act of incredible discomfort that I repeated at the start of each new term. Every time I did it, I felt like a liar. I felt like a fraud. I felt like a Reagan Republican voting for Trump.

Every time I engage with Trumplandia, which is my name for the rural part of Ohio where I live, I can feel this same lie all around. Everyone says the right words. Everyone toes the line. But no one wants to be questioned about it. When I do, and I do often, things go from civil to contentious almost immediately. There are talking points and socialist accusations … the usual. But when I ask about kids in cages, about rape, about issues of integrity so despicable they simply cannot be defended, that’s when the locals all drop the same lie. “I don’t support the man. I just like the good economy.” It’s not true, of course, but it’s the local gospel, and it helps the Trumplandians sleep.

Just as I hid my identity under a lie in my classroom, Republicans have been hiding theirs under a number of carefully crafted euphemisms that have been painstakingly maintained for more than a generation – euphemisms that Trump has demolished in less than a term. Immigration is no longer is jobs issue. It’s a “Mexicans are rapists” issue. It was always a race issue, but now they have to admit it right out in the open. We’re not waging a war on terrorism; we’re banning Muslims and creating a Muslim registry. Again, supporters are given no cover, and are forced to hate openly. We don’t support white supremacists; we just think there are “very fine people” on both sides of the issue. I could go on. We all know the shameful resume. But now, there are no more clever phrases to hide behind. If you want to be a bigot in Trump’s America, you have to be out and proud. Trump burned all the closets.

And I see it. I see the struggle. I see my friends and neighbors looking for an out between the memes. They’re too proud to admit that their party is a shell of what it used to be. They’re too proud to admit that the southern strategy got way out of control, and now the old euphemisms have given way to open racism and reality TV madness. They’re angry, but not at me. They’re ashamed, but covering, and the talking points are beginning to buckle under the weight.

Any Washington journalist will tell us that behind the scenes and off the record, most GOP legislators despise Trump. Most of the people we see defending him every day would rather be anywhere else, doing anything else. And their performances are terrible most of the time. Sure, a few are true believers, just as some of my neighbors are not struggling with their support because they simply are the bigots we suspect them to be. But the disgust is piling up, and the cesspool is becoming so foul that even the GOP is hoping for some act of God to come along and free them from the Faustian bargain they made in 2016. Their voters are looking for the same out, and my guess is they’ll stay home on election day to get it.

Then they can go back to shouting about defecits and the typical trickle-down softcore they’re used to. They can put the monster back in the closet and go back to talking about the “war on drugs” and who’s soft on crime. They’ll pick up all their euphemisms, dust them off, and do their darndest to white guy their way back into power – all while secretly thanking us for putting up the fight they were too cowardly to join, and giving them back their stolen identities.

And things will finally get back to normal.