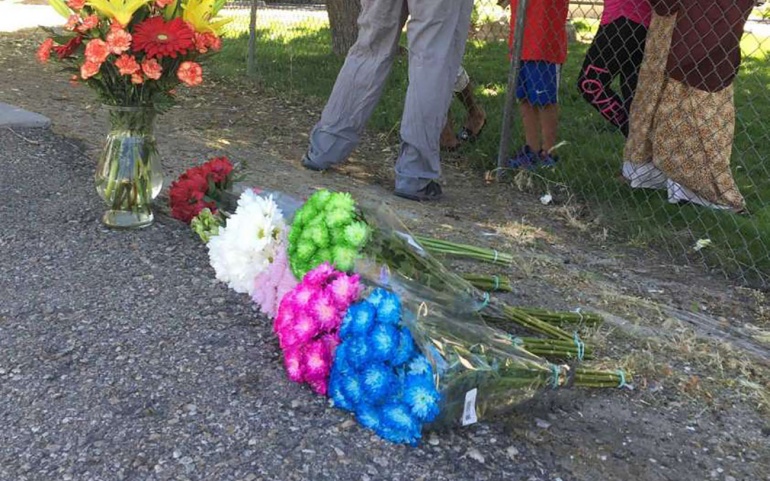 Child passes away after Saturday’s attack; Police looking for more information about the suspect

The Boise Police Department received an update a short time ago regarding our three-year-old victim flown to Utah for treatment of injuries she received in Saturday night’s attack.  It is with deep sorrow we share the news that she has passed away today.  We will not be releasing her name until additional notifications have been made.

Of the other eight victims, one child has been treated and released from the hospital. Seven victims remain in the hospital, many with serious or critical injuries. Due to the nature of their injuries we will not be providing regular status updates.  BPD will release any significant developments.

The Boise Police investigation into the suspect, Timmy Kinner, also remains ongoing.  Charges may be amended for today’s arraignment at 1:30 at the Ada County Courthouse.

Contact Police: Boise Police are asking anyone who has had contact with Timmy Kinner in recent weeks or months to contact Boise Police by calling Crime Stoppers: at 208-343 COPS (2677), www.343COPS.com, or leave a tip using the “P3 Tips” app for your mobile device. The out of area number to call is 1-800-222-TIPS.

Boise Police Officers are continuing to investigate a violent attack at an apartment complex on Wylie Ln and State St.

A total of nine people were injured in the stabbing, six of them are children. The children’s ages range from about three years-old to about12-years-old. The other three victims are adults who tried to intervene to protect the children. One child has been flown to Salt Lake City for care due to the extent of her injuries. All of the victims are from Syria, Iraq or Ethiopia.

“This was an attack on those who are most vulnerable: our children,” said Boise Police Chief William Bones. “It’s untenable, unconscionable and is pure evil in my mind.”

A preliminary investigation shows that the suspect, identified as 30-year-old Timmy Earl Kinner, met a person at the apartments where the attack occurred and stayed with that person for a few days within the last week. That person and additional neighbors became concerned with the suspect’s behavior and asked him to leave on Friday, which he did peacefully.

The suspect then returned to the apartments on Saturday and began attacking children attending a birthday party being held outside for a three-year old girl. She is among the victims.

Kinner has an extensive criminal history spanning several states. He has spent time in prison and his past does include violence against others. The suspect had only been in Idaho a short time and has no arrests in Idaho.  He is not a refugee.

At this time, there is no evidence to suggest that this was a hate crime.

“Boise is a welcoming city. We have been that way for generations,” said Mayor David Bieter adding, “this callous act does not reflect our community.”

If you would like to learn more about supporting the victims and their families, visit:

A candlelight vigil is also being planned in honor of the victims on the steps of City Hall in downtown Boise on Monday night at 6 p.m.

Kinner is facing nine counts of aggravated battery and six counts of injury to a child. He is expected to appear in Ada County court on Monday.