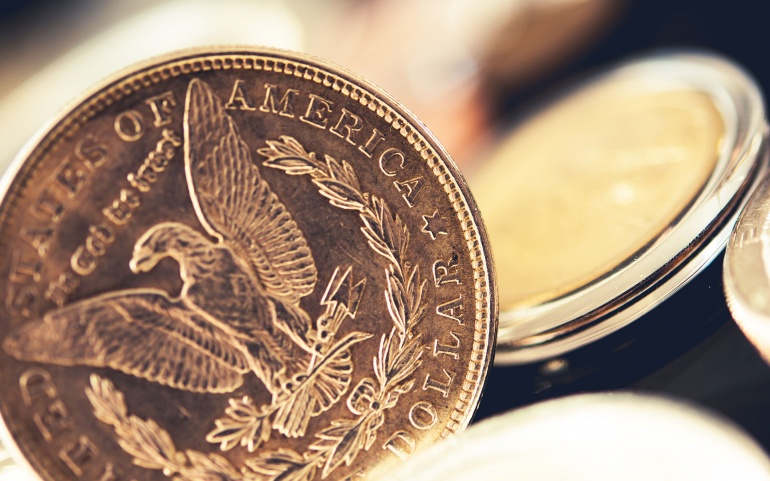 Before we begin, I’d like to ask a small favor. Reach into your pocket, a desk drawer, or that cup we all keep in our cars, and grab a quarter. Look at it. Both sides. Pay special attention to the phrases “In God we trust” and “E pluribus unum” that you’ll find on each and every one. Then ask:

“What is this worth?”

While we all believe a quarter has a value of twenty-five cents, the metal in the coin is only worth a few pennies. This is called the “melt value” of the coin, and it is always different from the actual exchange rate. We regularly exchange quarters for well over five times their actual worth, without ever questioning the practice, because we all understand the difference between the intrinsic (or “melt value”) of a thing, and its value as a tool, or as a means of exchange.

Understanding the difference in how we assign value is critical to understanding what’s going on at the border, and what’s driving some of our larger political divides in the age of Trump. One side is assigning value to human life itself, while the other can only see it in terms of political profit and loss.

While we make these kinds of judgements frequently in any given day, separating the people in our lives into those with melt value (family, friends, etc.) and those with transactional value (the server at your local coffee shop, the person delivering your mail, etc.) most of us are able to merge these two value judgements in times of distress. I may see the girl at a cash register as a means to an end while shopping, but were she to fall down or be threatened in some way, I would instantly focus on her humanity and do what I can to help. My point is, while everyone is capable of using others, the inability to flip that switch and see another’s humanity is a sign of mental illness:

While my opposition to our current president takes many forms, it’s his utter inability to see humanity that truly frightens me. It’s a problem of proximity. Now, when looking at the humanity of another, we all make judgements based on proximity. We tend to care most about those close to us, and when we help others, we tend to go from close to distant in our priorities, except in cases of widespread tragedy, like natural disasters and such.

In most cases, these judgements are based on an understanding of scarcity and needs, not of the victims, but of our own needs. We can’t possibly act on every injustice the world over; we lack the time, the power, the money, and there’s just no way to help everyone. Some make heroic efforts, and some make small ones, but no one can fix it all. In these decisions of who we help and who we allow to suffer, there is always an opportunity cost, and most of us choose that which is closer to us, in whatever way “closer” is determined by each. My point is, we are typically our best selves when tragedy is close, so the president’s retelling of an old story about a “disgusting” old man in distress is likely a story about his best self, since it happened right in front of him. If this is what we can expect at his best, then my family, living several states away from DC, and doing so without fame, without wealth – pretty much without anything that the president uses to determine one’s value – we’re pretty much screwed.

But proximity is not all about distance. It’s also about the role we play in the lives of others. I play no role in the president’s daily life, yet he plays a very large one in mine. What I do in any given day will have very little effect on him, but even things that he sees as small and relatively insignificant have a profound impact on the lives closest to me. For example, a soulless ghoul living down the street from me can be avoided, at least most of the time. As long as I never allow myself to interact in a way that would place me or mine in his care, or in need of his help, chances are his inability to assign my life any more value than that of a houseplant probably won’t cause me any harm. I can just steer clear, and interact with the better parts of the world, the ones inhabited by better humans. However, when that ghoul is president, there is no way to avoid him; I am very much in his care, and me and mine do very much need his help. There are any number of ways this could end badly, and the power he has been given, coupled with the sheer purity of his narcissism makes each and every day a potential last day for the rest of us.

Now let’s get back to that quarter.

While all of us have a sliding scale that determines how much or how little we care about others, most of us understand that human beings have melt value, meaning they have value that is completely separate from their usefulness or their roles. I have value, and so do you, simply because we exist.

To be able to understand why the administration does what it is currently doing, we must first abandon this fact about human value and replace it with a worldview that only sees transactional value, and once we look at their actions through this lens, things begin to make sense. After all, if humans have no value, then there is no such thing as cruelty. It’s all just a transaction, or so many pieces on a political chess board. If we’re waiting for this administration to recognize humanity for humanity’s sake, we’re going to be waiting a very long time. This is why they put kids in cages. This is why they never apologize. This is why they change policy with every shift in the wind’s direction. This is why every cruelty is followed by another greater cruelty. And this is why it isn’t going to stop.

And for us, this is why we simply must abandon the appeals to humanity and the better angels of this administration’s nature. There are none. Instead, we must understand that voting is a transaction. I applaud people for marching and gathering – I really do – but this means nothing to those in power, no matter how many people we bring. The only way to effect real change is to out-transact this administration at the voting booth. We need a registration drive “for Our Lives” followed by a “Women’s March” to the polls in every county of every state in the country. We need less time on stage at a rally and more time talking to our neighbors. We need every concerned person in every district to pick a candidate and knock every door. We need to make sure the 42% of voters who stayed home in 2016 never do that ever again.