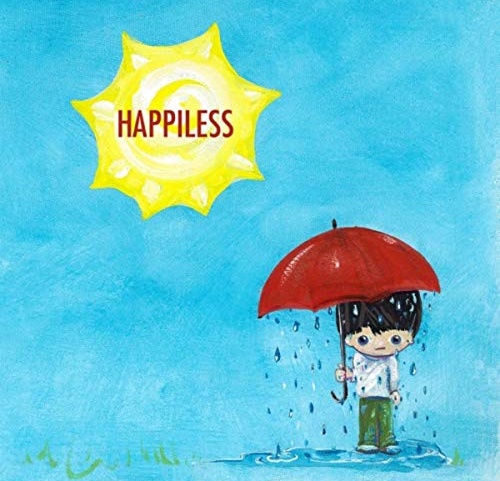 At the very early stages of the Trump administration, a little known band from Milwaukee, Happiless, cut a prescient pop song which eerily predicted the dark path America has taken since the 2016 election. Called “Hopscotch Town”, the song is about a place which is willing to ignore all kinds of inhumanity as long as the economy is humming along.
Sung almost like a tourism commercial, "Hopscotch Town" starts all chipper and cheery with lines like “In Hopscotch Town/ The stores abound/ With jewels and gowns/ You’ll give into temptation/ And there’s no taxation.” But as listeners travel deeper into this world, you start to see the moral toll “In Hopscotch Town/The lights astound/ The music drowns the sounds of gavels and chains/ And the outgoing trains.”
Sound familiar?
Racism plays a big part of Hopscotch Town’s sales pitch: “There’s so much to do in Hopscotch Town/ We’re all just like you/ In Hopscotch Town.” There’s even a nod to something Epstein-like “In Hopscotch Town/ Two girls were found/ Gagged and bound/ But don’t let that deter you/ We’ve lifted the curfew.”
In the end, the collective conscience of Hopscotch Town's residents seems to be suffering as they repeat “This is where your dreams are made…if you can sleep at all.” Unfortunately, it may be the only line in the song that has yet to come true. The people ignoring, enabling, and even participating in the Trump era seem to be sleeping just fine. So far.
Happiless’ eponymous album is available on ITUNES and Spotify.

Allen Keller is a resister at @patriautism