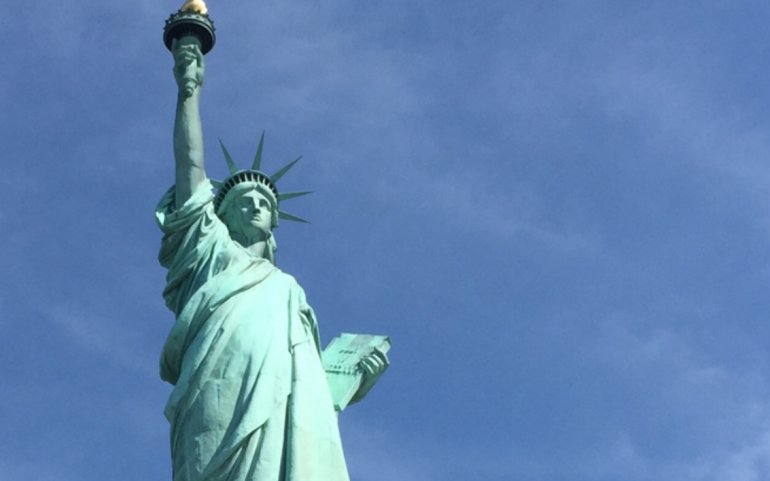 In today’s climate, a great deal of attention has been given to the way that we as a culture treat women. If you review the rights of women from the start of this country until now, on paper there has been tremendous growth.   By paper, I mean per the law. My question however, goes deeper than law: are women really viewed and appreciated as equals?

Madonna is arguably the most successful pop star of modern times. She is the best- selling solo touring artist of all time , bestselling compilation album (Immaculate Collection), bestselling album of the ‘80s by a woman (True Blue), and she has had more number one albums worldwide than any other artist. She is so successful that when she performed at the Super bowl in 2012, for the first time (and the last) in NFL history, more people tuned into the halftime show than the actual game. With all of these accomplishments Madonna is by far the most respected person in the music industry right? WRONG! Madonna, with all of her success, is one of the most disliked women in America. There have been entire articles written about how old she is, how boring she is, and how her celebrity is waning. The question is why?

One word: sex. During the ‘70s, “jiggle television” became a phenomenon. Jiggle TV was a term coined for television shows that showed women moving in loose clothing or underwear. Shows like Charlie’s Angels and Wonder Woman were hits. So America had been exposed to women in lingerie over a decade prior to the rise of Madonna. The difference between the women of the ‘70s and Madonna is simple to spot, Madonna was in control. With jiggle TV it was always understood that there was a man holding the cards or controlling the actions of the women, not so with Madonna. Things reached a fever pitch in 1992 when Madonna published her “Sex” book. On one of the pages she proclaimed that she would teach its readers how to f*ck. At the time, she was the most famous woman on the planet and many stated aloud, “Why are you doing this?” The answer was once again a simple one: because she wanted to. I remember secretly watching the “Blonde Ambition” tour on HBO as a youth and it was the first time in my life I had ever heard a woman state publicly and declaratively that she was Horney. This is what has always upset Middle America about Madonna, not the fact that she was discussing sex, but the fact that she was enjoying it. Unlike Prince, her male counterpart, Madonna was not supposed to sing about the joys of sex, and even now critics regularly comment that she is too old for sex. So, are women allowed to talk about sex in America? Yes, but they sure as hell better not enjoy it and if they do they should be under 30.

Gloria Steinem is the person I think of whenever I hear the word Feminism. She began her career in journalism using a male alias so that she could become a published writer. As a writer, she went undercover as a bunny at the Playboy club and wrote about the horrible working conditions she encountered. In 1971 she co-founded Ms. Magazine, the first ever published feminist magazine. In 1993 she was inducted into the National Women’s hall of fame, and three years later created a foundation to support women with AIDS. In 2013 she was awarded the Presidential Medal of Freedom. With all of these accomplishments, Gloria Steinem is highly recognized as a national hero across America, right? WRONG! Steinem was dubbed “the worst of modern feminism “in 2013, despite the things she had accomplished. She has been accused of only supporting women with a Democratic point of view. Steinem is a Democrat, so why is a Democratic woman supporting other Democratic women a problem? Typically this is not a problem, but in America, when a woman speaks of empowering women, they are expected to embrace women who treat others with disregard. This has been heard over and over again in criticisms of Gloria Steinem, that she only wants to empower women who think like her. This is a myth. Steinem has empowered many women all over the world, of all ages, races, and genders, on her own terms. If a woman believes that abortion should be illegal, lesbianism is a sin, and that a woman’s place is in the kitchen, it is not Steinem’s job to invite them into the fold. So are women allowed to be feminist in America? Yes, but she better water down her beliefs to include women who wouldn’t cross the street to help a fellow woman out.

Oprah Winfrey is the Queen of All media, hands down. She became the first woman to ever have a number one daytime talk show. She is an Academy Award nominated actress for her role as Sofia in “The Color Purple.” She has co-authored five books, and in 2005 received the world’s highest book advance fee. She also started her own magazine and has her own radio channel. This is the kind of woman America loves, right? Well, not exactly. After her acceptance speech at the 2018 Golden Globes, the internet immediately lit up with reports that Oprah should run for President. Not shortly after, Oprah quickly became one of the most disliked people on the internet. People criticized her fluctuating weight, the choice of guests she had on her show, and her lack of experience. In regards to her weight, it is common knowledge that Winfrey often struggles. It is also common knowledge that 35 percent of American men and 40 percent of American women are obese. The weight struggle issue should be seen as something she has in common with most of America.

Now, to the choice of guests she has on her show. I’ll admit, guests like Dr. Phil and Dr.Oz are questionable. I will ask this though, when is the last time you yelled at a DJ for playing a horrible song (and not just under your breath like I do every time I am forced to listen to another Taylor Swift song)? I mean called the studio and yelled? When you see a bartender making a drink that you do not like, do you go all bat-shit crazy and start yelling at them? If you are a well-adjusted person, you do not do any of these things. In Oprah’s capacity as a top rated daytime television host, it was her responsibility to bring on guests who her viewers enjoyed. You may not like Dr. Oz or Dr. Phil, but millions of Americans do. In terms of her lack of experience, that is laughable. Oprah managed to build an entire empire on her name alone. She came from one of the poorest towns in one of the poorest states in America, and somehow this woman, a black woman, has become a billionaire.

It is important to note this entire frenzy was caused because media thought she should run, not because she was running. Oprah has publicly stated multiple times that she has no desire to be a politician. So why the sudden negativity? This is because, as Secretary of State Hillary Clinton pointed out, America despises a woman who is trying to gain power on her own. As long as Oprah does not attempt to attain any more power, she will be well-liked. So, are women allowed to powerful in America? Yes, as long as that power is given to them by a man or their power is garnered from a partnership with a man.

Women are not viewed as equals in our society. More importantly, they are not appreciated in our society for being individuals. For far too long, women have been judged by a different set of standards and that is ALL of our faults. The expectations are unreachable. Have sex, but don’t enjoy it. Be smart, but not as a smart as a man. Be pretty, but not too pretty be strong, but not too strong.  You know where I think a woman’s place is in my America? Anywhere she damn well wants it to be. The future I want my nieces to have is a future where they can shine, and not worry about who they are outshining and what they are wearing when said outshining is occurring. This future starts today, and it starts with all of us.