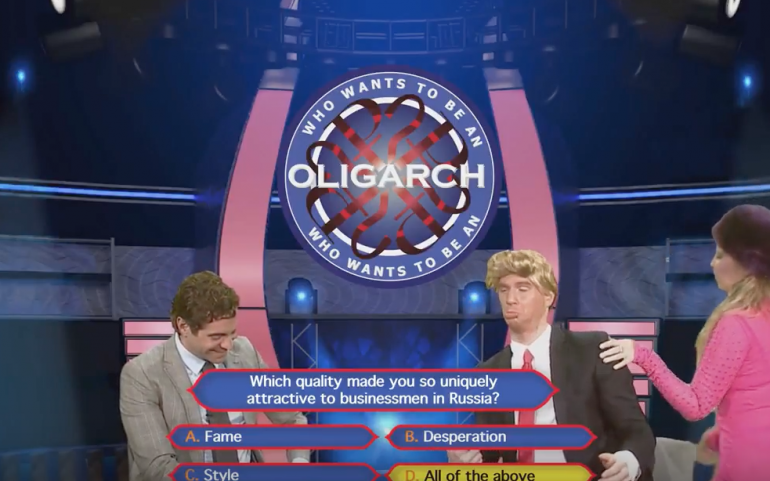 Does Contestant Donnie Trump have what it takes? This parody makes following the money fun and suggests the so-called "nothing-burger" may in fact be a something-borscht with a side of definitely-a-thing caviar.

About Rise and Resist

Rise and Resist is a direct action group committed to opposing, disrupting, and defeating any government act that threatens democracy, equality, and our civil liberties. Previous Rise and Resist actions include a "cough-in" at Jean-Georges restaurant, and a protest at Trump Tower against the Muslim ban, the ICE raids, and the proposed border wall where 26 members were arrested.