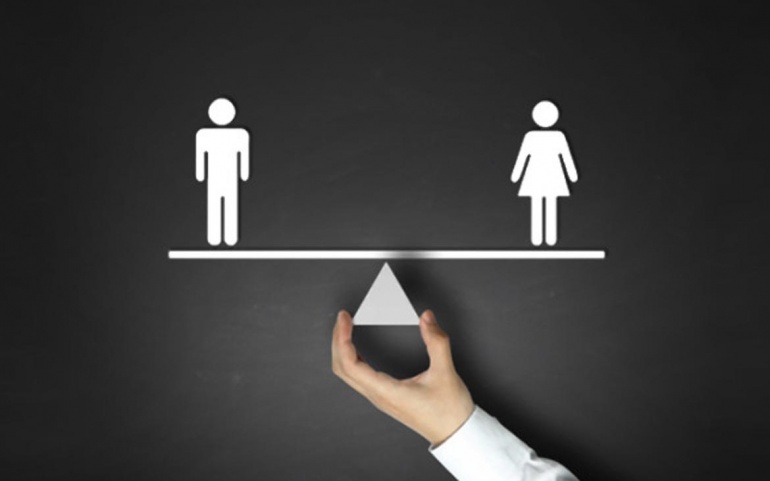 You’ve heard the statistics: 40% of women are the primary breadwinners of their home, if women got paid equally as men the US economy would double, etc. These statistics are irrelevant.

Women don’t deserve equal opportunity because “it’s good for our economy” or “good for their children” or “good for their family.” A woman’s value isn’t dependent on her relationship to her children, family or country — a woman’s value is inherit in her, simply for being a human being. This notion that women are valuable because of their association with someone else, is a contributing factor to rape culture. Unless we realize a woman’s inherent value, not just in our hearts but through our actions, our culture will continue enabling men to feel entitled to mansplain, dock a woman’s pay, harass her and force themselves upon her. We need to look inward and do some serious soul searching as a culture, and as men.

The sad thing about men and people generally, is that many of us turn a blind eye and deaf ear to the objectification of others — until it happens to us. Since the beginning of my campaign, many have objectifyed and sexualized my candidacy. Many have been fixated on my looks and identity and have silenced my ideas, it stops being flattering when people start to tell you to “stop talking, just stand there and be nice to look at.” This is all but a fraction of what women go through every day, or how they feel when they are constantly objectified by men who feel entitled. Men need to do better and be better, starting with me.

#TogetherWeCan and must fight for a woman’s voice, a woman’s choice, her reproductive justice, childcare, healthcare, equal pay and just being treated equal period.

Ammar Campa-Najjar is an entrepreneur and former federal official who was born and raised in San Diego, California. He lived in Gaza where he witnessed war, emboldening him to be a staunch advocate of peace and combatting economic injustice. His platform includes a $21 billion investment in apprenticeship jobs, Medicare for all, passing a clean Dream Act, investing in renewable energy, and overturning Citizens United.