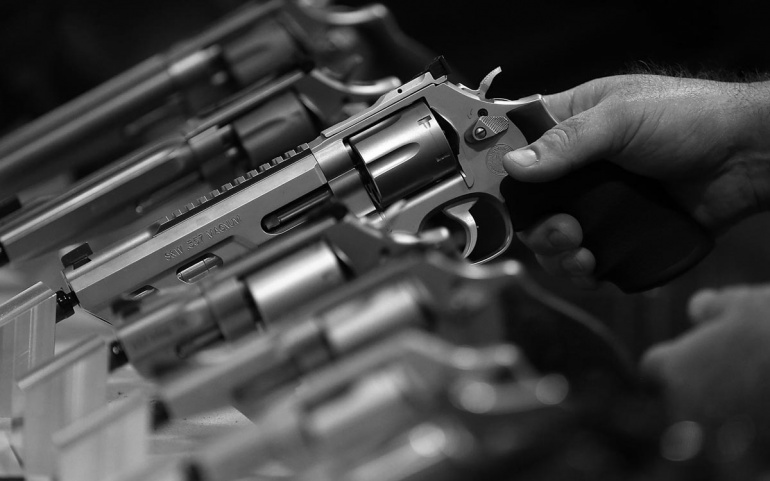 Yesterday, as seventeen students and teachers lay dead in and around a Florida high school, and while victims of the same shooter were still in surgery to treat the grievous gunshot wounds they received, Breitbart “News” posted the following article (turn on your ad blocker before clicking, please):

In it, gun industry toady AWR Hawkins, who attacked families of Sandy Hook survivors for their gun-control activism, tries and fails to make a case that many of the eighteen school shootings which have already happened this year in America don’t count. Some because very luckily there were no injuries. Others because they were suicide attempts.

While there are no facts to rebut in Hawkins’ drivel, there are a number of facts about school shootings about which he and the NRA-owned cowards in the Republican Party need reminding.

1. More than 400 people have been shot in schools since Sandy Hook

The New York Times reported today that since Sandy Hook, more than 400 people have been shot in schools. These shootings took place in more than 200 incidents. Chillingly, these shootings are happening at a rate of five per month, or more than one every week.

One of the vilest tactics that gun-industry puppets frequently make is to exclude suicides from gun deaths. The NRA and others bleat that people who are suicidal will find a way to kill themselves regardless, and that the gun is not a factor.

This is a lie.

It has been repeatedly demonstrated that guns are a risk factor for suicide.

Suicide is the second leading cause of death for High School-aged teens, and 88% of those suicides use a gun. When ANY firearm is brought to or discharged in or around a school, no matter the intent of the individual with the gun, many lives are endangered. Suicides matter.

Forget for a moment that it has been shown over and over and over again that proximity to firearms is more likely to enable violent incidents, and instead get this:

Teachers do not want to be armed.

In a national survey, more than ¾ of teachers said they would not bring a firearm to school. Teachers WILL NOT DO what the gun industry (who, by they way, would sure love the chunk of change that 3.2 million American teachers purchasing $400+ handguns would bring in) insists they need to do.

Let’s not be fooled. The NRA is a TRADE organization. Its core function is to raise revenues for the gun manufacturers it represents. Their cynical and deadly worldview is what leads to these policies, not student safety.

4. The United States is now the ONLY nation with a school shooting problem, and guns are the reason

Why? In a nutshell, there are fewer guns.

“BUT SWITZERLAND,” the gun industry will bleat. “EVERYONE HAS GUNS IN SWITZERLAND.” Well, it’s true, Switzerland at about 45 guns per 100 people, has the third highest rate of guns per capita in the world.

It is about HALF of the rate of the United States, which as 88 guns per 100 people.

Oh, and men in Switzerland are compelled into military service. You know. A well-regulated militia.

Noack also notes that Switzerland maintains a list of individuals at risk of committing a shooting. It visits them regularly WITH A MENTAL HEALTH PROFESSIONAL, and if they do not pass a mental health evaluation they are forced to surrender their guns.

5. AR-15s Are Deadly. But Handguns are most common in school shootings.

We have the image of an assault rifle – and make no mistake, an AR-15 IS an assault rifle, engineered solely to kill as many humans as quickly as it is possible to kill them. When I served in the Seabees in the 1990s, I carried an M16 assault rifle. The AR-15 is a close mimic of this weapon. Its design intentionally emulates a military look and feel, to appeal to those who have faux-military fantasies of rapid-fire killing. The design is as much psychological as tactical. This is NOT a hunting weapon. This is NOT a personal defense weapon. This is a mass-murder weapon.

But most school shootings – in fact, most mass shootings – are carried out in close quarters with handguns. Handguns – especially semi-automatic handguns – are easy to conceal and designed to fire multiple rounds very quickly.

They fit easily into a backpack. They are easily drawn and ready to fire. And they are deadly.

Handguns are engineered for only one purpose: to kill humans. We need to address the assault-rifle problem. But that is a small portion of the real danger.

Just under a year ago, Donald Trump signed a bill that made it easier for people with mental illnesses to obtain guns. The bill was sponsored by Rep. Sam Johnson (R-TX), who cosponsored legislation calling on the House of Representatives to Commend the NRA AND for public elementary schools to teach NRA-created gun programs to their students.

6. Gun-free zones have a dramatic positive effect on student safety

While mass shootings at schools are occurring at an unprecedented level, homicides at schools have dropped by more than half since the early 1990s.

Why? Because that’s when federal law requiring schools to be gun-free zones went into effect, significantly reducing the percentage of students who carry a gun. Gun free zones work. The concept of “soft targets” is foreign to school shooters, who are overwhelmingly students or former students of the places they target. They attack the schools because that is the location of their perceived grievance. These are crimes of passion, of impulsivity, of mental health, and most importantly, of access to the implements that allow them to be committed.

In the end, Breitbart “News” was right: there are lies about guns and school shootings on their site. But it’s AWR Hawkins and the rest of the gun-industry lackeys there who are telling them. The rest of us just want our kids to stop dying because the NRA wants to make a few more bucks.