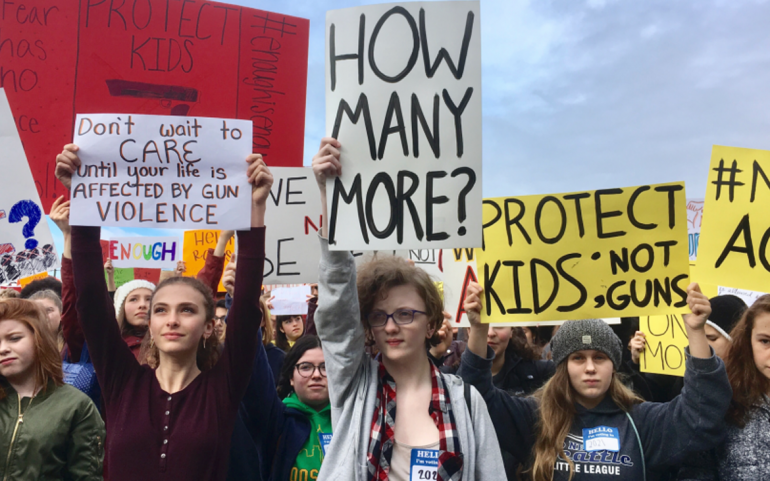 What: The corporate gun lobby group National Rifle Association (NRA) is holding its annual meeting in Dallas, Texas from May 3 - May 6th. Senators Ted Cruz and John Cornyn who refuse to support universal background checks on all gun sales and a ban on weapons of war are expected to speak at the NRA-ILA Leadership Forum on May 4th.

Congress has failed to take meaningful action to end gun violence after the tragic shootings at Columbine, Sandy Hook, Parkland and many other communities. The number of mass shooting incidents and gun deaths are increasing and too many local, state and federal lawmakers refuse to take action due of gun lobby’s money and influence. The NRA and the NSSF spend millions of dollars to elect politicians who will push “the guns everywhere to anyone” agenda.

Tommy Murray, Co-Chair of the Jr NAA will be joining the StudentsMarch.Org students at their #Rally4Reform protest in Dallas while Jackson Mittleman, the other Co-Chair of Jr NAA will lead the NRA/NSSF Student Protest at the National Shooting Sports Foundation (NSSF) headquarters in Newtown, Connecticut. Students, teachers, parents and community members from Newtown and beyond are invited to attend. Everyone is encouraged to RSVP on the Facebook event page: https://www.facebook.com/events/132752564246435/