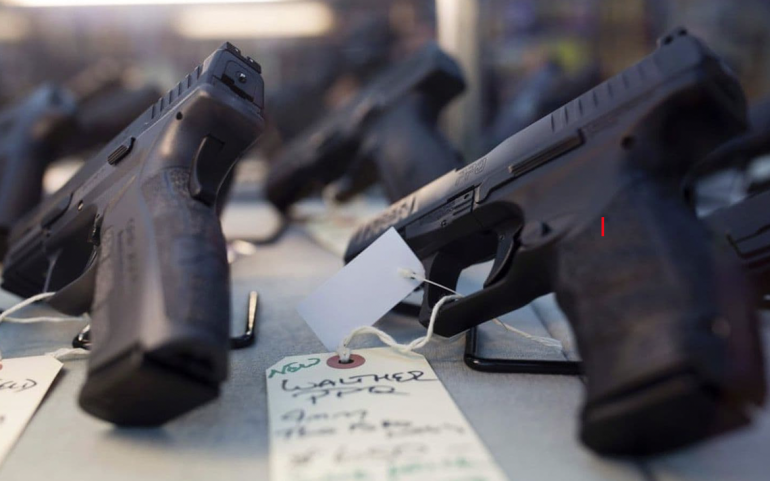 “The vast majority of gun dealers follow the law, but the few engaging in reckless and illegal behavior are a major factor in the gun violence epidemic gripping our nation,” said Langevin. “By specifically targeting bad actors that sell guns without background checks or falsify records, this bill will help stop guns from getting into the hands of criminals. It is absolutely critical that we do everything we can to ensure our laws are properly enforced to stem the tide of violence engulfing our communities.”

“Tragedy after tragedy we are told that we don’t need any new gun laws, that we should just enforce the laws on the books. But in too many cases, we’ve seen that the laws on the books are practically unenforceable. The combination of stringent standards and depleted budgets put ATF inspectors in an impossible situation,” said Deutch. “Recent reports show that many gun dealers who illegally sell weapons to people who have proven that they are not responsible gun owners routinely get a free pass—even after repeated violations.”

“We’ve seen time and time again what happens when guns land in the wrong hands. This bill takes a critical step forward in preventing such tragedies by ensuring that gun dealers engaging in illegal and reckless behavior are punished under the full extent of the law,” said Moore. “The time for Congress to act is long overdue. We must move quickly to pass this legislation to help keep our communities safe.”

According to a comprehensive report by the Brady Campaign to Prevent Gun Violence, just five percent of gun dealers supply 90 percent of guns used in crime. These bad actor gun dealers engage in irresponsible and illegal behaviors, such as the falsification of records, employment of inadequate security measures, and the sale of guns to dangerous persons that they know are likely to do harm to themselves or others. By strengthening accountability measures and providing the Bureau of Alcohol, Tobacco, Firearms and Explosives (ATF) with the tools it needs to enforce the law, this legislation targets the bad actors who are the source of so many guns on our streets.

"Most gun dealers follow the law, but we've seen the damage that bad gun dealers can inflict upon a community when they fail to perform background checks or sell to people who shouldn't have guns, putting profits over human lives,” said Avery Gardiner, Co-President of the Brady Campaign. “Simply put, these people put us all at risk. If the Attorney General isn't going to follow through on his pledge to crack down on illegal guns, then we'll need to turn to Congress to pass laws that will. This bill would accomplish exactly that, and we're proud to support this important legislation."

The legislation is based on Rep. Langevin’s Crackdown on Deadbeat Gun Dealers Act and includes provisions from the Gun Dealer Accountability Act, which Rep. Moore introduced last Congress. Specifically, the Keeping Gun Dealers Honest Act would:

U.S. Senator Ed Markey (D-MA) will be introducing companion legislation in the United States Senate. This legislation is supported by the Brady Campaign to Prevent Gun Violence united with Million Mom March.