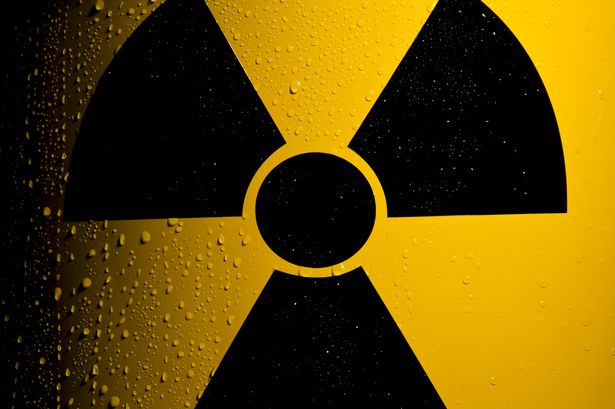 On June 17, 2015, Dylann Roof walked into a church carrying a gun, killed nine people, and injured a tenth. The shooting was an act of terrorism, an act of racial hatred, and a national tragedy. And according to most on the right, it was avoidable. Even our new president seemed to acknowledge this just after Virginia reporter Alison Parker and cameraman Adam Ward were gunned down on camera in 2015: "This isn't a gun problem," he said. "[I]t's a mental problem."

According to the NRA, most Americans agree with President Trump. In a late 2015 article posted by the NRA's Institute for Legislative Action, we are introduced to an ABC News poll claiming that 63% of American believe that mass shootings are not a gun issue, but a mental health problem. While this result, and whether it really reflects public opinion, are certainly debatable, the argument on the right seems to be winning.

So let's take the president at his word, and the NRA at theirs. Let's "go after people with serious mental illness" as Senator Ted Cruz suggested during his primary campaign. If mental illness is the real culprit here, we need to root it out and remove the danger. And while the NRA is still likely to throw a fit and sponsor legislation to put handguns in vending machines everywhere, we at least have them on record saying that the mixture of guns and mental illness might possibly kinda-sorta be a bad thing. All parties seem to agree that those suffering from significant mental illnesses should be barred from access to guns.

But what about tanks? Combat aircraft? Cruise missiles? Inter-continental ballistic missiles? The ability to end life on planet Earth?

Questioning our new president's mental state is nothing new. And while most of his followers explain away the unbalanced things he says and does as "campaign talk" or the despicable "locker room talk" of the campaign trail, even his most ardent supporters expect the oval office to be a sobering influence, and to this point, even they must be disappointed as the lies, the tantrums, and the conspiracy theories just keep pouring out each day.

His obsession with even minor criticism, his lack of empathy, and his rage have been on display from the start. He has consistently lashed out at anyone who dares question him - calling for violence at his rallies, attacking the press at every opportunity, rage-tweeting at 3am, and most recently, calling for an investigation into what he believes are three to five million cases of voter fraud during the election, a claim that literally everyone around him says cannot possibly be true, but that he maintains anyway, likely due to an inability to accept the simple numerical truth of the popular vote numbers.

His anger, coupled with his ability to perceive a slight from miles away, and his complete inability to pull a punch...ever, leaves most Americans somewhere between perplexed and terrified about our future, or wondering if we even have one. What actions might he take if he perceives a slight from another nation, or another nuclear power? I have faith in the fact that he must have a line he isn't willing to cross, that he wouldn't kill my family and yours to protect his ego. It's the forced faith of those in foxholes, but we all need something. Thing is, if we look at his history, we see no evidence of any kind that tells us he won't cross that line. It's just a matter of faith, and that's not something we should be comfortable with.

Simply put, whether it's a narcissistic personality disorder or an antisocial personality disorder or something else, the simple fact is that our president may be suffering from a mental illness of some kind. His personality has been called "extreme" for decades, but few have been willing to call him ill, probably because his reaction would be to use every ounce of his wealth and power to destroy anyone who opposes him, burning the villages and salting the earth in his wake. But he works for us now, and I think it's time we took a look under the hood. He owes us that.

And if I'm right, we need to do what the NRA and Trump himself said we should, and remove his ability to become the biggest mass shooter in human history.

Brett Pransky is a teacher, a father, and a writer, not necessarily in that order. When not engaged in the good fight, he spends his time as a mild-mannered English professor at Ohio University. Find him on Twitter @BrettPransky.