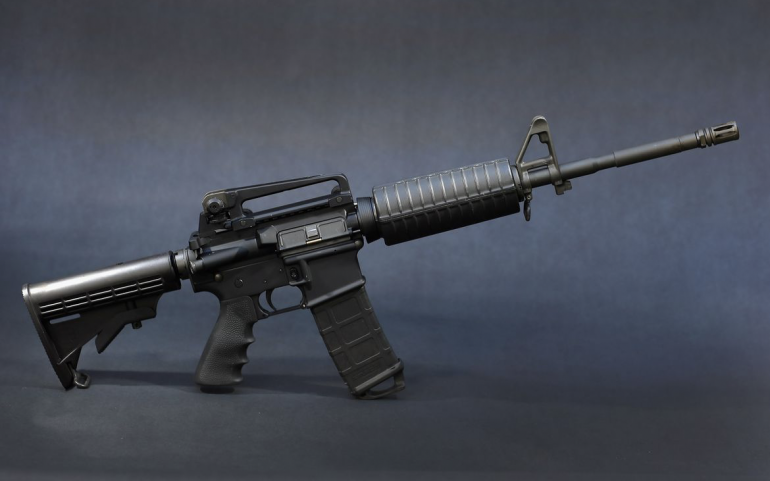 In 1985, Sylvester Stallone single-handedly killed 58 people over 96 minutes. Of course, the deaths were onscreen in the movie, “Rambo: First Blood, Part II,” which was critically-panned and labeled unrealistic because there’s no way a single person could to take out an entire army.

In six of the deadliest mass shootings in American history, the gunman used an AR-15, which allows the shooter to fire off dozens of shots in under 10 minutes. The Las Vegas shooter fired a whopping 1,100 bullets in 10 minutes, an average of 110 bullets in one minute – that’s roughly two shots every second.

Republicans continue to offer “thoughts and prayers,” either saying “it’s too soon” to talk about solutions or using mental health as their scapegoat (as if mental illness is a new development in the last decade). But past history indicates there is a solution that has worked in this country just 25 years ago.

In 1994, with overwhelming bipartisan support, the federal government passed an assault weapons ban that made guns like the AR-15 illegal to own. The ban expired in 2004. During the 10 years the law was in place, there were a total eight mass shootings resulting in 51 deaths. Six of the eight massacres involved semiautomatic weapons purchased legally before the assault weapons ban took effect in 1994. The two mass shootings featuring illegally acquired weapons — Columbine in 1999 and Edgewater Technology in 2000 — resulted in 20 combined deaths.

We never thought the mass murder Rambo inflicted could be possible, but with assault weapons like the AR-15 easily attainable, Rambo has become real. And he’s after our children.

As a freelance journalist, Joe Dennis has been an "enemy of the American people" since 1998. Currently a college professor of mass communications at Piedmont College, Dennis is a progressive Christian who believes Jesus was the ultimate liberal, calling out conservatives, helping the poor and respecting all people. Follow him on Twitter @drjoedennis.