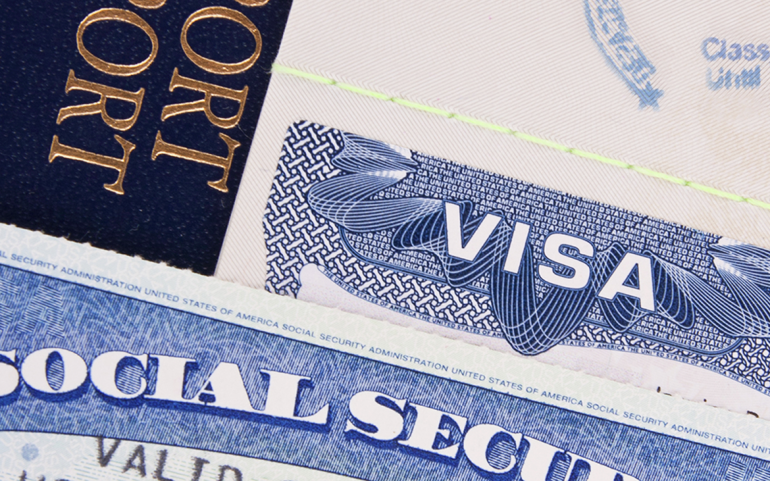 Donald Trump steamrolled into office on a platform of anti-immigrant nationalism. He’s largely held to that nationalism as President – at least for immigrants from his self-identified “shithole countries.” However, he has also married two immigrants who have gone on to live lives of luxury and wealth with no fear of deportation. The difference? They are Caucasians from Europe.

Amer “Al” Adi Othman, a Youngstown, Ohio businessman came here in 1979 from his native Jordan and married an United States Citizen. He started a business, had a green card, and became a productive member of the Youngstown community. After his marriage failed, since-debunked claims that it was fraudulent resulted in the confiscation of his green card and the initiation of deportation proceedings. On Tuesday, he was taken into custody and ordered to be deported on Sunday. While that immediate order has since been lifted after the intervention of Congressman Tim Ryan (D-OH), he has not been cleared to stay in the United States, and remains in danger of deportation.

In 1976, Czech skier and model Ivana Marie Zelníčková moved to the United States from Canada to promote the upcoming Montreal winter games following the dissolution of a sham marriage arranged to obtain an Austrian passport. She met Donald Trump, and married him. Eleven years later, with an acknowledged first sham marriage, she obtained naturalized American citizenship. She has since divorced Trump.

Her immigration status is secure, and she does not fear either arrest or deportation.

In 1986, Jean Montrevil came to the United States from Haiti on a green card. During the height of the “crack epidemic,” when possession of the cheaper crack form of cocaine more often used in black communities had a 100:1 equivalency with the powder form of cocaine more often used by white people, he was convicted of possession of crack and sentenced to eleven years in prison. He served his time, was released, married, had four children, and became a successful small businessperson and immigration activist. He has had no further contact with the criminal justice system.

On Tuesday, the same day Amer Adi Othman was taken into custody, he was deported back to Haiti, where he has not resided since 1986. He was separated from his wife and family, unsure if or when he will be able to see them again.

There is some question when Melania Knaus first came to America. Varying accounts place her here in 1995 or 1996, with Maxim magazine publishing photos of her in early 1997. The year matters, because she was not here legally until 1996. Her career was solely as a fashion model. In 2005, she married Donald Trump, and became an American citizen the next year.

Melania Trump does not worry about her immigration status or being pulled from her family.

Actor Tara Strong came to the United States from Canada in 1994 on an O-1 visa, which many actors and athletes from other nations use when working in the United States. Two years later, when she went to get a green card, she found it was difficult to obtain one as an actor, as there were Americans who could do the same job. In fact, she had friends on major network shows who found staying beyond their visa difficult to achieve. “Luckily,” said Strong, “in addition to my stage and screen work, I had a long list of voice acting credits to my name.” Strong, who has voiced Hello Kitty, Timmy Turner, and Batgirl, among hundreds of others, was able to use this unusual talent and resume to obtain a green card as an “Alien of Extraordinary Abilities.” Strong is now a United States citizen.

What then, was so extraordinary about a fashion model from Eastern Europe that allowed her to stay? Anyone who has walked down Madison Avenue in New York knows there is no shortage of American fashion models looking for work. While public information has been hard to come by, it is worth noting that Melania Trump had connections to Trump Model Management, owned and operated by the current President of the United States.

One cannot help but wonder if this connection helped grease the skids for this light-skinned model from a European nation.

Tonight, Melania Trump will sleep in either the White House residence, the Trump Penthouse in New York City, or possibly Mar-A-Lago, the Trump golf course and resort in Florida. She will have taxpayer-funded, secret service protection, meals provided, and luxury.

While Jean Montrevil sleeps in Haiti,  a country he hasn’t known since 1997, away from his family, in a place dubbed a “shithole” by Trump. It’s hard to see how the country has been made better by the outcome of any of these four stories.