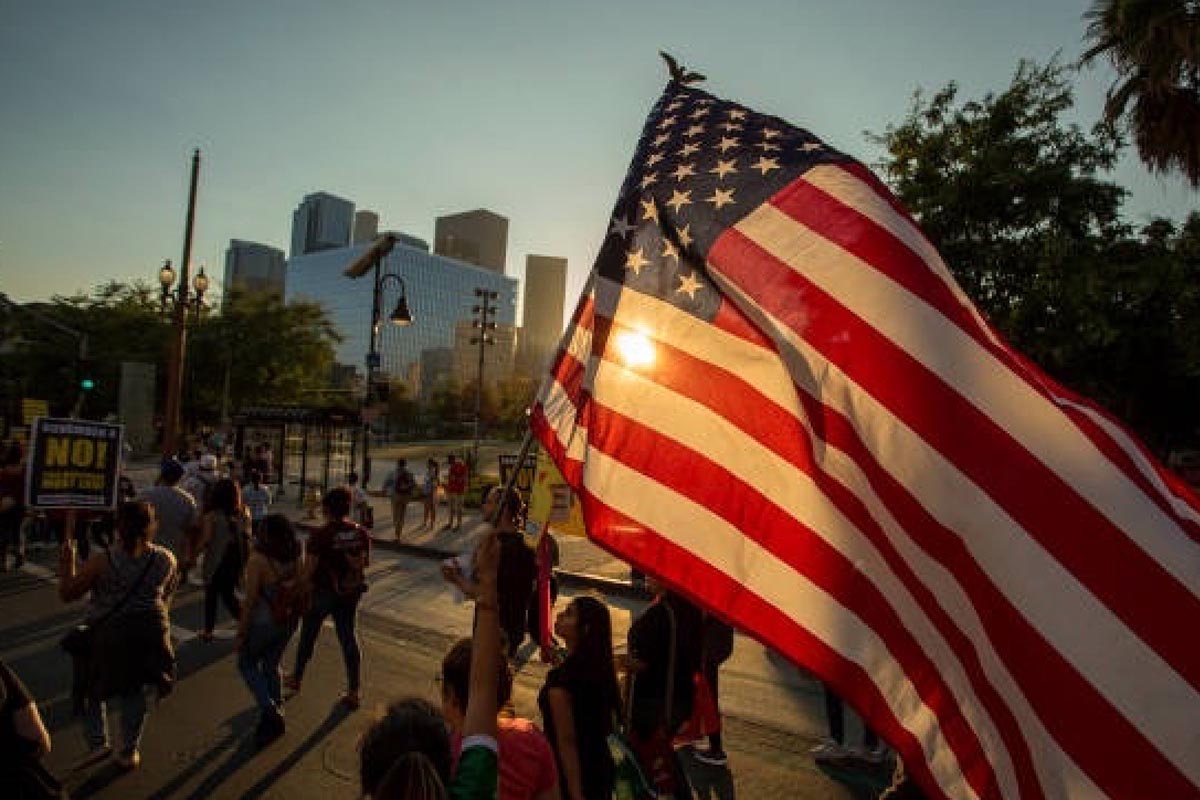 Immigrants are the backbone of our country. This country was literally built on the backs of African slaves. Slaves built railroads, presidential estates, Wall Street, the White House, and everything in between. I will make a distinction early on in this article, though: slaves were not immigrants. I am merely mentioning the work that the “Negro” did in America right from the beginning so that we’re all on the same page. This article is about the new Negros of America who have also put in the work, their blood, sweat, and tears, into this country, only to be scrutinized and told to go back to their own country. Immigrants are the new Negros.

Many Mexican immigrants never crossed a border, the border crossed them. After the annexation of Texas in 1845, there was very little flow over the new border. Beginning in the 1890s, the US Southwest (originally part of Mexico) saw a boom in mining and agriculture. This attracted many Mexicans, but in particular those involved in manual labor. There was also the Mexican Revolution, which caused many Mexicans to cross over the border for safety. Yes, Mexicans were some of the first refugees in America. What many Americans do not realize is that Mexico was originally exempt from immigration quotas due to the fact that farmers were unable to find Americans who would tend the fields. In essence, Mexicans were crossing the border to do jobs that Americans DID NOT WANT. That trend continued for years without much complaint from anyone.

During the 1984 Presidential debate, President Reagan stated, “I believe in the idea of amnesty for those who have put down roots and lived here, even though some time back they may have entered illegally.” Amnesty has not always been a “crazy left-wing nut job” ideology, Republicans once supported it also. When did the negative ideas and thoughts on Mexican-immigration begin? The change began in the late ‘80s, when the working class was hit by the recession. Reaganomics was one of the original trickle-down economics, and (surprise, surprise) the wealth never trickled down to the working class. The problem with Reaganomics is that it hinged on those receiving tax cuts to voluntarily put it back into the system. That didn’t happen, in large part due to many middle class African Americans who, for the first time, started making money and saving it, and the same can be said of blue–collar, working class white families. Reaganomics also saw an increase in the national debt. President Reagan’s national debt was higher during his presidency than any other serving President at that time. Lastly, more than one billion dollars were cut from education, which caused a decrease in quality education.

At this time, a high percentage of Mexicans were still working agriculture and being paid less than the average American. The economic boom did not affect many Mexican workers, so they avoided the crash. This created jealously as Americans (mainly Caucasian blue-collar workers) began to wonder, “How are these damned Mexicans making so much? They are stealing our jobs.” In reality, this was not the case, but in typical American fashion, sometimes facts sadly don’t matter. Mexicans are not now or have they ever “stolen” jobs. Proof of this is easy to find. As more Mexicans have begun to go back across the border, crops in places like Alabama and California have started dying… because Americans didn’t want the jobs and the crops were not being tended. Like black people before them, Mexicans had to find a means to survive in a country that did not want them. Mexicans and other Hispanic immigrants have an entrepreneurial rate of 0.49%. Also, like the slaves who built buildings that they were not allowed in, Mexicans contribute roughly $12 billion annually to Social Security, for which they are not eligible.

Another group to add to the new Negro column is Muslims. Islam is the third largest religion in the United States. American Muslims come from various ethnic backgrounds and are one of the most racially diverse religious groups in our country. A little-known fact is that roughly a 30%, give or take a percentage or two depending on the source, of the slaves brought to America during the slave trade were Muslim. After the fall of the Ottoman Empire and the Mughal Empire, America saw a large influx of Muslim immigrants. Until September 11, 2001, it was rare by most accounts to experience religious prejudice, On that day, Al-Qaeda hijacked passenger airplanes and crashed them into the World Trade Center, a portion of the Pentagon, and Stonycreek Township, Pennsylvania. That is the day that Muslim Americans joined the ranks of the Negro. President Bush immediately cautioned the public against lynch mob mentality, and spoke at the largest Islamic Center in Washington D.C. about the positive influence American Muslims have had in America, stating that they “should be treated with respect.” This did nothing to hinder the harassment of Muslim and Sikh Americans. They were reports of attacks at mosques, unprovoked random acts of physical assault, and even murder. The national average for hate crimes against Middle Eastern and South Asian Americans began to climb instantly. In 2001, the total offenses reported against Muslim Americans were 546, up from 33 in 2000.

Since 2001, aside from the hate crimes, many feel that it is acceptable to publicly verbally attack Muslim Americans and speak about them as non-citizens. Prominent Republican Ben Carson once famously stated that Americans shouldn’t elect a Muslim president. This comment, it must be noted, was made by a black man. During the 1960s, blacks experienced harassment by police, and experienced arson in places of worship, just as Muslim Americans are experiencing now. The uptick can be viewed as a direct link to the 9/11 attacks, right? The answer to this is tricky. On the surface the answer is yes, but if you dig deeper there is one glaring reality that we must discuss. Prior to 9/11, America had been attacked numerous times by white Christian men. This was not the first attack ever on U.S. soil. Most U.S. attacks are enacted by white men. Prior to 9/11, the largest non-domestic attack was on December 7th, 1941, when the Japanese carried out a surprise attack on Pearl Harbor in Hawaii. After the attack, America immediately entered World War II. Also following the attack, the U.S. government forced relocation upon and incarcerated upwards of 120,000 innocent Japanese Americans. Between 1941 and 2001 (60 years), there were major attacks in the United States (The Unabomber attacks, Oklahoma City Bombing, Centennial Olympic Park bombing), numerous Eco-Terriosts and Anti-Abortion bombings carried out by white men. However, the only times an entire group of people were penalized for the actions of a few were Pearl Harbor and 9/11. This has nothing to do with fear, but everything to do with superiority.

Immigrants are not a threat to America, it is a myth. Immigrants, especially undocumented ones, are less likely to commit crime, which is a fact per CATO Institute, and the U.S. Census, and the American Community Survey. The reason that immigrants get this rap is because American superiority makes it acceptable to excuse white American crime as random, and focus on acts of crime by immigrants. More people were killed in 2017 by falling out of bed than undocumented Mexican immigrants and Muslims combined. Immigrants are not taking advantage of social programs, which is a fact per Social Security Administration, and the Internal Revenue Service, and the American Immigration Council. The reason that this myth is repeated is because American superiority makes us focus on how the outsider is to blame for our national deficits, and not how our politicians are looting our Social Security to provide write-offs for corporations and the rich. According to Brookings Now and the New York Times, immigrants are not taking jobs. The jobs are being taken by robots and some have simply gone away due to modern technology. The reason for this myth is that our American superiority makes us focus on the immigrants (who by and  large own their own small businesses), and compare them to why our corporations are not working for us. The same way American superiority stole Africans from their land, used them up, and tried to throw them away is the same exact way immigrants are now being treated. Used when needed and kicked out when they are no longer deemed necessary. This is the story of the New Negro.