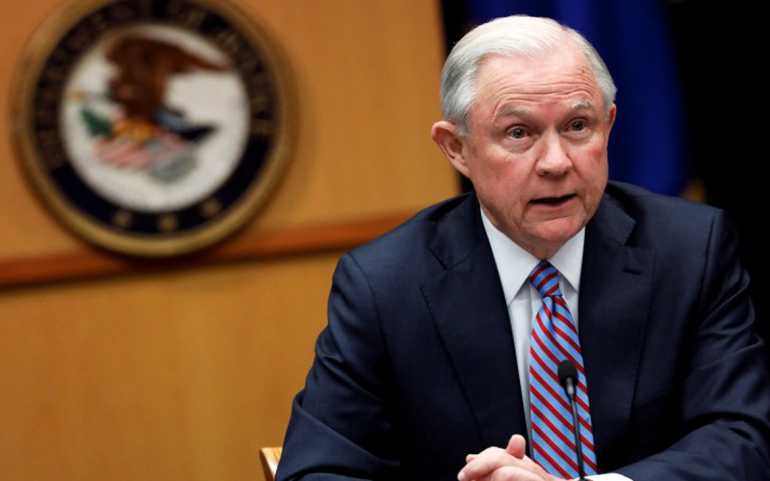 War is deception, wrote Sun Tzu in The Art of War, and the general who is skilled in defense hides in the most secret recesses of the earth.

The word "war" is perhaps overused in modern parlance. We are conditioned to think of war on ideas and things (terror, drugs) rather than people. But that doesn't mean the analogy doesn't sometimes make sense.

What this administration is doing to immigrants and aspiring Americans is, in many senses, a war. There are planned defenses and attacks - actions taken or forborne that decimate the target's ability to live and prosper. Some are highly visible and open. Think DACA rescission, the Muslim Ban, TPS de-designation, and ramped up deportations. Others are rather hidden.

And that is what we need to talk about.

Jeff Sessions is the head of the Department of Justice. He can take any decision of an agency under him and "refer" the decision to himself to rewrite it, modify it, even reverse it. (8 CFR 1003.1(h)(1)). So if the Board of Immigration Appeals (one such agency) decides a case he doesn't like, what do you think he'll do?

We're barely over two months into 2018, and Sessions has already referred *three* decisions to himself. The power to refer cases is on the books, but it's sparingly used - until now, apparently. You need to know what this means.

Jeff Sessions is rewriting the immigration law by himself.

On January 4, Sessions referred Matter of Castro-Tum, inviting people to submit briefs on the issue of when and how an immigration judge has the authority to administratively close a removal proceeding. There are 350,000 cases that are admin closed. If Sessions decides judges can't close cases (or can only do so under very narrow circumstances), these cases will come back onto the active docket, and crash the entire immigration court system. Among other things, this would create a pretext to gut the entire system, and with it, most due process protections for all immigrants. This is bad.

On March 5, Sessions referred Matter of E-F-H-L- to himself, and vacated that decision. That case (from 2014) affirmed an asylum applicant's right to apply for asylum and present evidence in a full hearing. By vacating (erasing) that decision, Sessions allows immigration judges to pretermit (prevent from filing) asylum applications. This is bad, too.

On March 7, Sessions referred Matter of A-B- to himself, and invited people to submit briefs on the issue of whether victims of private (non-state) criminal acts can constitute a "particular social group" for asylum purposes. If (when?) he decides they can't, all victims of gang violence from Central America, and victims of terrorist groups will be seriously handicapped in presenting their asylum claims. Such a decision would gut the ability of attorneys to articulate legal bases for asylum claims, causing many (most?) of them to fail. Coupled with the E-F-H-L- decision, it would provide a judge an easy way to prevent asylum applications from even being heard, greatly speeding up the deportation process.

We should all be concerned about this turn of events. The immigration law is a complex machine. It is literally being reprogrammed into a due process free machine that only outputs detention and deportation.