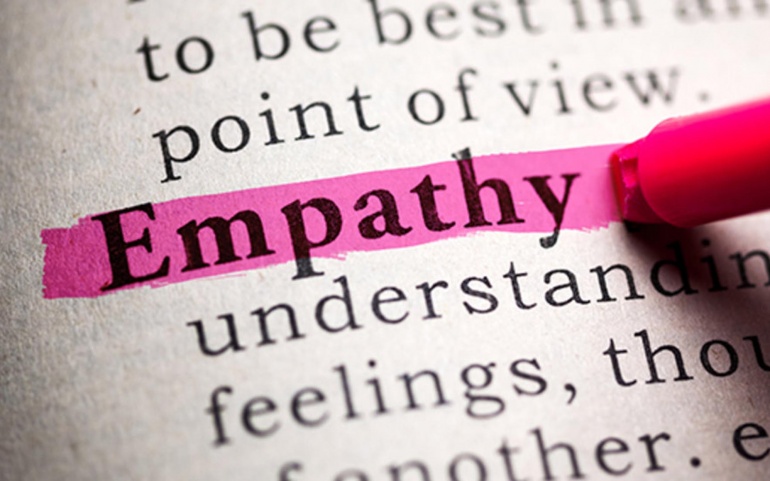 When I heard Matt Damon's answer to the Q: "How do you react to that?" (in regards to people being charged with unwanted sexual contact & sexual violence) my heart sank!

The thing is, somewhere in that just over 16 minute interview (click here) he cobbled together the makings of a decent empathic apology on behalf of the group with gender privilege:

'Every woman that comes out needs to be listened to & heard...Women are feeling empowered to tell their stories...When you listen to the women, this is serious trauma'

...but within 40 seconds of hearing the Q, the word 'spectrum' was used. Followed shortly by 'eradicated but not conflated', 'culture of outrage, injury & retribution', 'continuum' and 'none of us came here perfect'. He wasn't finished though and he later added 'optimistic spin', 'we have to move on' and...wait for it...'we have to laugh again'

Now some people are reading those words and thinking 'that makes sense to me'. Many other people are reading those words and feeling the pain of being re-traumatized. So for the former here's a little empathic immersion (experiential transfer) that I use as a professional empathy-coach (where 'empathy' is the skill of understanding & reflecting back verbally, people's feelings & emotional needs):

The word 'surfing' is fairly neutral right? So Imagine you just learned about a family whose son is no longer with us because of a surfing accident. Now imagine someone who also knows this information asks the family, "don't you just love surfing?" Can you imagine how crushed they would be? Can you imagine all the pain associated to their experience coming flooding back with all the anxiety, grief & terror attached?

It's not Matt's generic words that are painful. It's the pain & trauma that are triggered by Matt's words that are so soul-crushing (along with the total lack of empathic awareness)! If you are in that former group and read the words as neutral, do you see what I mean by re-traumatized?

...Btw, was it just me or did the comment 'we're in this watershed (turning point) moment, and I think it's great' come across as kind of awkward? For me I think of what's going on as a paradigm shift, where nothing will ever be the same in a positive way. 'Watershed' seems like a washing away of something, IDK! What do you think?

Getting back to trauma, I have actor friends who experience a deep level of anxiety in the uncertainty of going from an audition to a callback to being put on 'avail' to being booked for a job. As an actor myself I can relate. I've had momentary twinges of that feeling. But now add heavy grief & extreme terror on top of that anxiety, and we get a tiny glimpse into what it's like to be traumatized by violence (physical &/or emotional)

*as the irony of 'Charmed' being on in the background, as he writes these words, is not lost on him* (I stand with you Alyssa, Rose, Holly and the voices of the #MeToo movement. Gratitude S/O to Tarana Burke) Did you see Tarana & Alyssa's #MeTooWhatNext piece on #HerToo? (click here)

So when Matt says 'this is serious trauma' I absolutely agree! Women around the world have been living with anxiety, grief & terror for centuries. And on top of that women have been asked to carry the burden, carry the wound and carry the stretcher (Btw for anyone concerned by the lack of the words 'men too', if women are told to translate 'all men are created equal' into the universal, then we can flip the script here too, don't you think?). Where I strongly disagree with Matt, is when he mentions Louis C.K. taking responsibility for what he did and Matt saying with seeming exasperation, 'What the hell else are you supposed to do?' *ahem 45*

Here's Louis C.K.'s statement (tweeted by someone who saw it the way that Matt did). Here's a tweet (click here) from someone who saw it the way I immediately did. The amount of triggering that is included in this statement is heartbreaking to me! WARNING: VIOLENT LANGUAGE AHEAD...In what was sold as an apology, just think of how a woman who's experienced unwanted sexual contact feels when he writes about his DICK to start off the statement (remember the surfing family?). Then, instead of talking about power-over as a concept in relation to power-with, he uses 'the power I had' and 'when you have power' in the middle of the statement (don't you just love surfing?). The past tense 'I have been remorseful' lags in comparison to 'I AM REMORSEFUL' and to talk about how someone has admired you in the midst of talking about unwanted sexual contact, almost comes across like an FU, or a screw you for making me write this.

So 'what the hell else are you supposed to do' Matt? Well (1) You're supposed to recognize how you re-traumatize when at 1st you don't fully EMPATHIZE! And (2) You're supposed to ALWAYS be MINDFUL of the experience endured by the person in pain. Just to name two. Before we wrap this up with dignity & privilege, here's a sample of an empathic apology Louis C.K. would've had better luck with:

To the women I hurt;

I want to recognize & fully acknowledge that my behavior was responsible for your emotional & physical pain!

I am heartbroken that I wasn't more aware of your emotional needs than I was, and I am deeply saddened that my behavior didn't give you the beauty of both dignity & respect.

I hope you are able to receive these words with the intention that they are being given, and I apologize with my whole heart💜

...just say what you did (maybe without the heart emoji), take REAL responsibility for the pain that was caused, stop talking and just listen empathically! That's it. No Damonsplaining or CKsplaining or any kind of 'splaining.

'When someone's in pain, don't try to 'splain, cuz when we're at our worst we need #Empathy1st'🙏~SiMBa

Lastly, on privilege & dignity. Matt talked about (& Btw Matt, you're in the empathy book I wrote, where I give a S/O to my @UclaBaseball brother, Dave Roberts and his time with THE SOX)! Anyways, Matt talked about a NEW clear signal being sent that if you deny your toxic behavior you can protect yourself all the way to the White House. And while there's a lot to unpack in that sentiment, for now let's just touch on one aspect: That DARVO (deny, attack, reverse victim & offender...thank you Ashley Judd & Mira Sorvino) has been a pattern of power & privilege for centuries. #DARVO is used by privileged groups to (1) minimize someone's experience, (2) diminish their humanity & (3) snatch their dignity.

And when I say group privilege I mean the dynamic where things work to the benefit of ONE group in comparison to another group. So where I've benefited from having gender, academic & athletic privilege, I've also been on the other side of privilege, ethnically. As an American of African-Ancestry I walked into a networking event once, and after 10 minutes of talking to this one Caucasian gentlemen, he 'complimented' me on how articulate I was. In that moment I realized I had just taken a 10 minute test (oh boy, I passed), and that many times I'm '10 minutes behind' in any professional setting that I walk into, jumping over privilege hurdles. I also realized this so-called compliment is actually a way of rationalizing a stereotype while carving out an exception. The only thing is, as we learn in science: Once a theory (aka stereotype) is disproved, it's discarded forever (who cares about science anymore though, right?)!
So though I don't claim to know what it's like to experience unwanted sexual contact (& I take responsibility & fully acknowledge the role I've played in the culture), I do know what it's like to have my dignity snatched, at any moment around any corner, and that anxiety, grief & terror is my empathic immersion (experiential transfer)! What's yours?

To end on a totally empathic note, here's something I've learned about group privilege (thank you Tim Wise):

So looking at it empathically, there's a reason why certain members of team-humanity are ripping at their team jerseys (for the 1st time in their lives), instead of tending to the person in the stands who got struck with the puck.

It's not fun to be shackled to the behavior of a fellow group member. It's not fun to have your experience minimized & your humanity diminished. And it's not fun when people don't hear your pain. I'm not sure if I'll go see 'Downsizing' or not. But I am sure it's time to downsize 'toxic masculinity' (scarcity thinking) and UPSIZE nonviolent-empathy (abundance drinking)!

I don't know how many of you surf, but I do know what I believe: That we are cups of ocean who have individuated from the ONENESS, and when we tap into that field of energy, all the JOYS (& the pains) of the world are a little clearer to see! Ya feel me? I'm grateful for your time & attention team-humanity! Let's truly be the change we wish to see in the world. Emaste' (Emaho+Namaste'), and to quote Tarana, 'Empowerment Through Empathy'