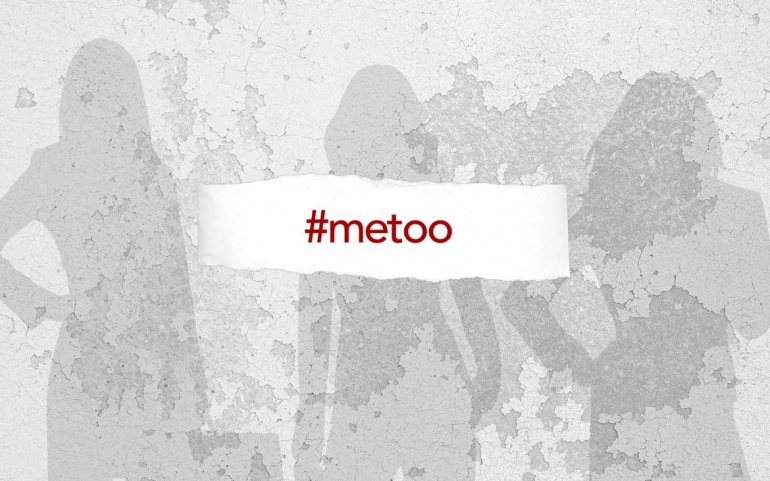 There was never a night or a problem that could defeat sunrise or hope. - Bernard Williams

We aren’t all celebrities. We don’t all have a national spotlight on us. At some point, when famous people stop getting outed as abusers, the #MeToo movement may fade. But we’ll still be here with our pain: the millions of women who suffer the lasting effects of sexual harassment and abuse. #MeToo has made me look back at my life, and now I am sharing my story and perspective to give voice to these regular women and girls throughout America and the world. To reinforce a message: you matter. Your pain is real and legitimate. You are not alone. There is no statute of limitations on telling your story. And most importantly: it’s not your fault.

I was adopted as a child, taken away from my home under suspicion of child abuse. I had suffered third degree burns and was rushed to the hospital to save my life. The burns led to the development of epilepsy (though I have been seizure free for years now). Due to the combination of my skin color and the scars that now covered my leg, stomach, arm and back, I endured years of bullying as a child. Thankfully, I was adopted by loving parents who had taken care of foster children for over 20 years – their compassion and patience are a big reason that I am still here today.

The abuse started when I was 15, when I began a six-year relationship with the wrong man. I was told that I didn’t know what love was because of my age – because of naivety and inexperience. I endured physical, emotional and sexual abuse. He told me that this was just something that happened in relationships. The situation became dire for me, and I genuinely wanted to end my life, and had specific plans to do so. But I reached out to a popular journalist who is an advocate for Day One and has a fund at Safe Horizon. Tamron Hall may not even realize that her subsequent efforts to connect me with a support agency for victims literally saved my life. Many women are not lucky enough to stumble upon advocates who go out of their way to help – or even just listen.

What she did so effectively was simple: she validated me. She listened and believed me. She did not judge me as others did. Most of the times I’ve described my abuse experience to others, the response has been victim-shaming: Why did you stay with him so long? You enabled him. Why are you just talking about this now? Just another weak woman crying for help. Some blamed my race, as though I deserved this treatment as a young black woman.

The shaming of victims must stop. Even with the force of the #MeToo movement at their backs, many women (and men) who are coming forward with their stories about abuse at the hands of famous men are facing ridicule similar to the kind I have faced: Why did it take you so long to come forward? We are somehow conditioned by society to believe that time-delayed stories are irrelevant because of the delay. But imagine if I said to someone who tragically lost a parent two decades ago and randomly started crying, “Your mother died years ago. Why are you still sad – and why are you just talking about it now?” This kind of thinking, applied to revelations of abuse, keeps survivors suffering in silence. For some, they have feelings of guilt to deal with, the shame and embarrassment of the events, and a pervasive and understandable lack of trust. It wasn’t easy for me to open up, because I didn’t know peoples’ intentions.

So, to America I say – listen. Listen with your heart. Understand that recovery from abuse is a journey for the abused – not just a “get it off your chest” moment. Sharing our stories is not an act of vindictiveness, it is a part of our healing process and we are entitled to it…even if it happens years after the fact. By listening to our stories with compassion and not shaming us, you could literally be saving our lives.

To my fellow victims I say – you are not alone. Sexual assault is a huge issue not just in Hollywood but on our streets, in our schools, and even in our homes. Half of my peers have shared stories of rape, sexual assault and abuse, the youngest at age 12. The media’s light most often shines on prominent victims with famous abusers, but it’s not just famous people with a million followers who matter. I remember sitting on my bed and contemplating my death because of a pervasive feeling that I didn’t matter. But I did. And so do you. When you feel ready, we are here. If you are never ready, just know you have people standing with you and you are still a survivor deserving of respect. Survivors don’t have to feel guilty or embarrassed. We can feel strong and fearless. Here’s to the light that we deserve and to the love that we most definitely deserve.

I am a victim of sexual abuse. I endured it for years. But now I’m a college student with a high GPA and I plan to make a difference in this world. That starts with speaking my truth. I do so on your behalf, if you are unwilling or unable. And to you I say - I think about you all the time, I love you, and I believe you.

Carmen is a writer and aspiring activist from Georgia. She is currently an honors student studying information technology and business and is hoping to close the gap between women and men in IT. She believes women can do anything! In her spare time, Carmen likes to dance, write, tutor, and volunteer her time at events for those who need hope.

"I hope the world one day will be an open platform for people like myself. I want to see us living in a true democracy not divided by race, gender, sex, or socioeconomic status. I want to see each and every person’s voice matter and for all of us to join hands in unity. Separation to me is an illusion. We all need each other. I hope in the future to see a decline in the suicide rate, sexual assault and domestic violence."