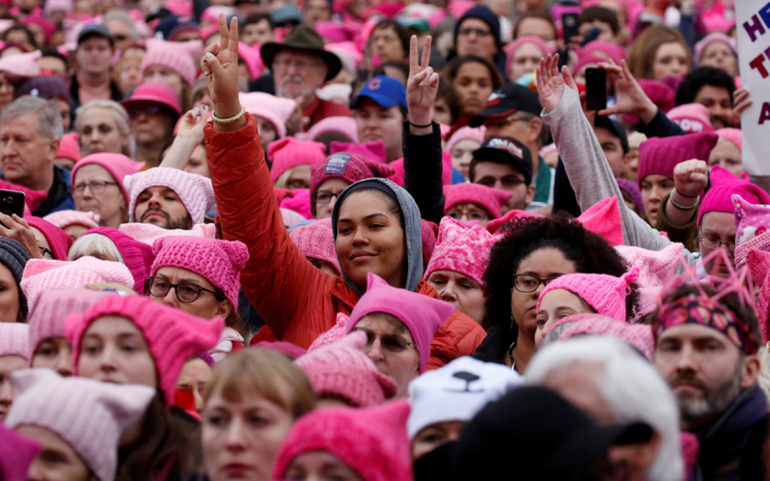 On January 20, 2017 millions of people (mostly women) marched in protest.  There were hundreds of peaceful, organized marches across the globe.  By the numbers, it was the largest day of protest ever.  EVER!  Bigger than civil rights marches, bigger than anti-war marches, bigger than anything that came before.  By January 22, the media had moved on.

We know almost nothing about what these millions upon millions of women really want.  To say they only marched to protest a sexual predator in the white house sets the bar far too low.  Do you honestly believe that all women want from their government, from their country, is to merely not be assaulted?

About 8 years earlier, thousands of people (mostly older white men) marched in protest.  There were dozens of mostly peaceful, organized marches in a few cities – mostly centered on Washington DC.  By the numbers, it was smaller than both the civil rights and anti-war marches.  The media covered it for months and months.  There were almost daily focus groups trying to dissect the Tea Partiers.  Congressmen and the President were asked to weigh in on the Tea Party.  Polls were taken to understand the impact of these protesters on the government’s agenda.  They protested over several weeks and on the days when a march was held (even a march of about 50 people), the 24-hour news cycle was full of it (all puns intended).

The difference in level of attention is staggering.  The blatant sexism is staggering.  Millions of women marched just a few days ago, but I’ll bet in the next day or so I’ll see a focus group of older white male Trump voters.  No, don’t tell me the women blew their chance by wearing Pink Pussy Hats; the Tea Partiers dressed in 18th century garb and had guns strapped to their legs.  Wardrobe is not the issue.  We pay attention to the angry white guys because the country is run by angry white guys.  Our government, large and small corporations, media conglomerates – dominated by angry white guys.  Still don’t believe me?  On January 20th, the day of the march, a local news station interviewed a few people on how they felt about the march – Older white guys sitting in a bar.

Yes, there are much larger, structural changes needed to achieve equality.  For now, continue to beat up your local and national news stations to have more women’s opinions represented.  I’m not referring to punditry, where both men and women spit out pre-determined talking points.  I’m referring to actual women, providing their actual opinions on a wide range of issues.

As a middle aged white guy myself, I’m not thrilled about how my genetic peers are acting these days.  We’re driving the nation in a very bass-ackwards direction.  Time to give more focus, weight and credence to what women think.

Tim Chauncey is a husband and father trying to raise the level of discourse. Follow him on Twitter @Tim_Chauncey.