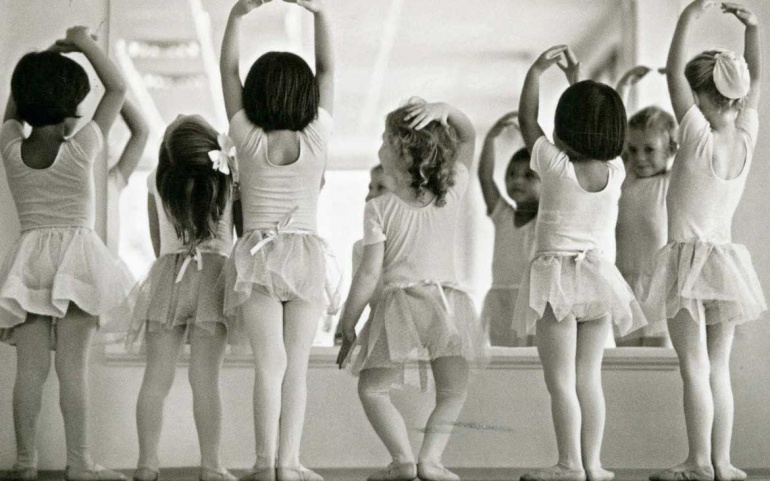 My wife and I went to my eldest daughter’s dance recital last summer.  Our daughter is nine, and has enjoyed dance since she was two years old.  Like all families of young dancers, our family nurtures her passion for dance.  We spend our money on lessons and costumes and hours of our time traveling to and from the studio.  She loves dance.  We love her, so we love it, too.  The recital is the culmination of hours of effort by dozens of girls from the ages of two to twenty-two, as well as countless more hours of planning and teaching by the instructors.

The girls put on a fun and entertaining show.  Little ones, some barely walking and each wearing her mom’s makeup for the first time, joyfully hopped and pirouetted in unsynchronized abandon, to the delight of the crowd.  High-schoolers and college students, who seemingly avoided those years of spindly awkwardness, performed their painstakingly choreographed numbers masterfully.  Notable was the full spectrum of skin tones on the stage, and the diversity of the bunch made me smile as I recalled America’s recent gold medal winning women’s gymnastics team.  Make no mistake, there were a couple of brave and talented boys among them, but the overwhelming majority of performers were America’s daughters.

Despite the joy, smiles, and laughter the show produced, I felt this nagging twinge of sadness which I couldn’t initially explain.  I tried to ignore it at first, then reasoned that I must be feeling it because I was watching my little girl grow up.  I’m sure that was part of it.  But as the show went on, I realized that it was because I was unsure what kind of America these young girls would inherit.  I understood that my charge as a parent is to provide as much love, support, and opportunity that I can for my kids, and that current trends stand to reduce how much life, liberty, and happiness America’s daughters achieve.  It was a painful realization.

Let me back up a bit.  I’m about as feminist as a straight guy gets.  I grew up with two sisters in a matriarchal family; I have been married for 13 years and have two daughters (and a girl dog).  I coach a 4rd grade girls basketball team.  I’ve written pieces strongly supporting women's contraceptive rights, as well an essay thanking former First Lady Michelle Obama.  I think a straight guy can be a feminist, but he becomes a more ferocious one when he has daughters.  I cried with my five year-old when I had to tell her that Hillary lost — she really wanted to have a ‘girl’ President.  So did I.  Critics have written off my opinions and writings as “virtue signaling.”  But I’ve learned that “virtue signaling” is a term typically used by those absent of virtues to attack people who have them.

So where are we truly headed as a nation?  What legacy do we leave for America’s daughters?  We have politicians in power wishing to cut women’s rights to birth control.  They want to declare rape a “pre-existing condition,” in order to discourage a woman from reporting it.  They want to ban a woman’s right to an abortion.  It seems these wealthy old white men wish for a world in which a woman who can’t get birth control gets raped, doesn’t report it, becomes pregnant, then carries the child to term.  As the final insult, they want to make sure that mom and child have no health insurance or social support.  Why don’t they just come out and admit that their dream world is one in which all women are perpetually barefoot and pregnant, unable to achieve anything other than struggling to keep themselves and their children alive?  These men push some of the most mean-spirited and evil policies one could imagine, yet they have the gall to label themselves Christians.

Couple that with the fact that the leader of this bunch of miscreants is the most vile misogynist of all, and it is a recipe for disaster for women in America.  Not only has he ogled nude teen pageant contestants, been accused of sexual assault about a dozen times, and demonstrated an unhealthy obsession with women bleeding, he has also boasted of his practice of grabbing the crotches of unconsenting women.

It has been said that if you want to quickly determine how advanced a culture is, observe the way it treats its women.  Does it encourage and empower them, or silence and oppress them?  “Make America Great Again” is an infuriatingly ignorant slogan to most of the women I know.  Do American women think going back will make America great, and make their lives better?  Why would women want to go back?  In the past, women had minimal rights, and without suffrage, no means to obtain them.  We aren’t going back – not if I can help it.  We are going to move forward.  That is how we make America great.

I will continue to fight for America’s daughters.  I fight for them partly because I’m infuriated, but mostly because I’m a father of girls.  They deserve much better, and their livelihoods are not to be compromised so that wealthy white men can get a damned tax cut.  In each person’s life, there comes a time to stand, to shout, and to fight.  Now is that time.  Will you join the fight for America’s daughters?