The Trump regime took another goose-step down the yellow-brick road of fascism on Thursday as the FCC voted to repeal Net Neutrality rules. The rules, another Obama-era accomplishment and clear target of Little Donnie Dotard’s ego, protected America’s free use of the internet as an extension of freedoms of speech, expression, and information. With the repeal vote, there could be changes on the horizon that would place serious roadblocks on the information superhighway.

Net Neutrality rules prohibited internet service providers — those like Verizon, Comcast, AT&T and others — from restricting data and flow rates based on consumers’ clicks. By repealing the rules established in 2015, the FCC has turned over the keys to the greatest library on earth to a tiny handful of Trump-friendly corporate executives. Now, if Verizon does not like when a user clicks on a competitor’s web content, they can legally slow down your streaming rate or block the site completely. 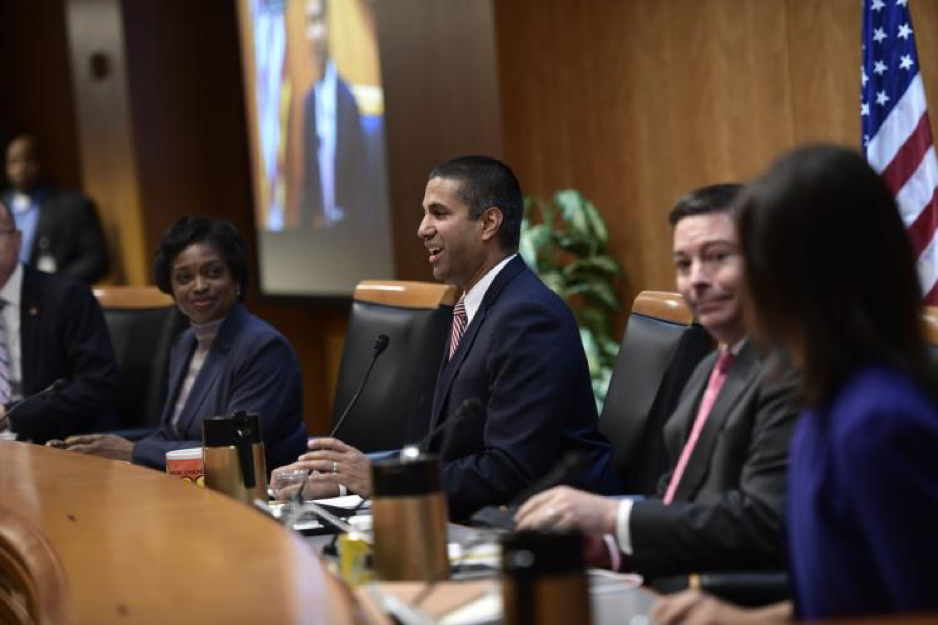 The move to repeal Net Neutrality was spearheaded by FCC Chairman and Trump appointee, Ajit Pai. Pai is a former Verizon attorney and active Republican Party member whose time at the FCC has been marred by controversy. In addition to the Net Neutrality issue, Pai has consistently taken a stance that favors broadcaster and media profitability over consumer rights and access.

In 2013, Pai argued against the FCC’s proposed regulation of the prison telecom industry. After decades of state and federal prisoners and their families suffering price gouging in the range of six-times the rate of a regular in-state long-distance call, the FCC initiated a crackdown on a corporate scam that deprived millions of family members’ access to their loved ones in prison. Pai apparently saw nothing wrong with charging a prisoner or unfortunate family member rates up to $54 per minute for a phone call.

People go to jail for price gouging during a hurricane of natural disaster, but our guess is that Pai would likely support plywood sheets selling at $1,000 each prior to the next hurricane.

In addition to the prison phone issue, Pai has also criticized the FCC’s existing Lifeline program that provides low-income households with free cell phone services. Like many current Trump and Republican-oriented cuts in Washington, Pai is an outspoken advocate for taking from the poor.

Pai’s record at the FCC has made his interests quite clear. He has supported the relaxation of rules that would benefit mega-media outlets like Sinclair Broadcasting. While he is a proponent of relaxed regulation that would be “good for business,” he gives little thought to the availability of information, communication, and freedoms of speech that the internet, media, and telecom services afford.

The internet has made the world a more informed, educated, and connected place. It has provided the American public with the three things that fascist-minded leaders like Donald Trump most fear. There can be no mistake; Pai’s relentless pursuit of “relaxed regulations” has only one goal: allowing corporate giants to control the people’s access to the information that fosters challenges, dissent, and democratic ideals.

There is a reason why libraries are free…because the societies that create libraries respect and acknowledge the importance of free information. The United States has more libraries per capita among nations with the largest economies. That number represents our country’s democratic ideals and access to information.

If Ajit Pai and Donald Trump’s Net Neutrality repeal are allowed to stand, it will not be long before America’s libraries are standing room only. That it, if Trump does not order Betsy DeVos and the U.S. Department of Education to start banning books first.

It’s not too late to save Net Neutrality. Twenty states have already filed suit with New York to challenge the FCC and members of Congress are considering bills to reverse the FCC ruling. Take action today and call your state’s Attorney Generals, Senators, and Representatives. Tell them you demand a free internet.