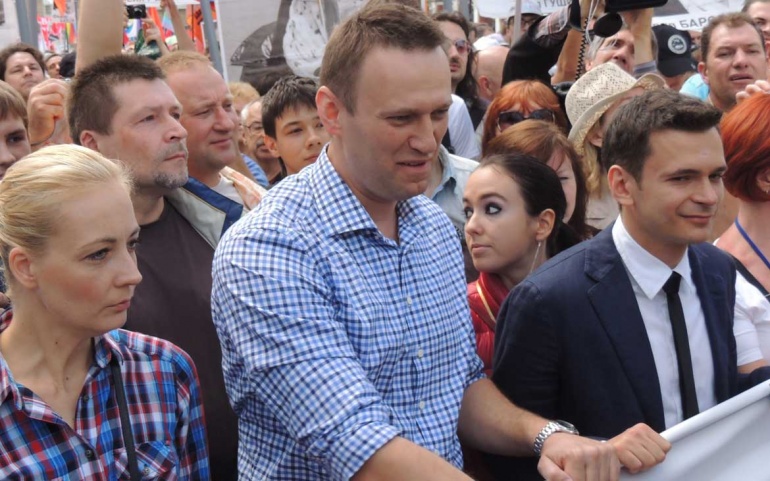 “Hope is a good thing – maybe the best thing.  And no good thing ever dies.”  - Andy Dufresne, “The Shawshank Redemption

Like many of you reading this, I’m a child of the 80’s.  I cut my teeth on MTV and rode my bike everywhere without a helmet.  I owned two pairs of parachute pants which had so many zippers, they wouldn’t make it through today’s airport security.  Even now, I can take you to school in “Pole Position.”  I had a major crush on the brunette singer from The Bangles.  At 10:00 on Friday nights, I was glued to our family’s television to watch Sonny Crockett define ‘American cool’ on Miami Vice.  My youth bore striking similarities to millions of other GenX Americans.  Growing up in the 80’s shaped my mind and personality.

The Cold War was a constant influence on 1980s TV, film, and media.  I remember cheering as an undersized and overmatched Rocky defied the odds to deliver an unlikely knockout to his evil, robotic Soviet opponent, Ivan Drago.  I recall the high-school students’ terror as Soviet paratroopers descended upon middle America in ‘Red Dawn.’  I was a kid then.  I wasn’t able to form a nuanced view of the Soviet Union or her citizens.  I was supposed to hate and distrust them all, so I did.

The Cold War thawed.  Democracy and free expression transformed Eastern Europe.  The wall came down in Berlin, and the Soviet Union dissolved.  Americans danced a victory dance.  Then we forgot about Russia.  But high-powered Russians didn’t forget about us, and they never stopped fighting the Cold War.  Today, astute Americans understand that the Cold War never ended, and that America is getting walloped.

As I’ve grown, read, and experienced life, I have developed a greater political understanding.  It isn’t the Russians I hate.  Most Russians are smart, friendly, generous people who don’t take themselves too seriously.  But I detest the Putinists.  Putinists are reincarnated minions of Josef Stalin.  They are authoritarian goons who work to stifle the voices and crush the will of the masses.  They fix elections, murder dissidents, control the media, and manipulate the laws to perpetuate their wealth and power.  Putinists are the powerful Russians who hold ordinary Russians under their boots.

Enter Alexi Navalny.  He has the audacity to challenge the Vladimir Putin and the courage to shine a light upon the dark practices of the world’s most powerful man.  Navalny is a lawyer by training, and a progressive political activist in practice.  Unafraid of the repercussions of criticizing a ruthless dictator, Navalny continues to organize marches and protests against Putin in Russia.  He has inspired a movement.  Though Russian elections are fixed, he runs in opposition anyway.   Putin’s thugs have arrested and wrongly imprisoned him numerous times.  His home has been subject to unannounced search and seizure operations.  He suffered severe eye damage after chemicals were sprayed into his face during an attack last year.

But he persists.  He continues to rally, and plans to run against Putin in the 2018 Russian presidential election.  The election is certain to be neither free nor fair.  Why does Navalny do it?  Why does he risk his career, his health, his freedom, his family, and his very life for what may prove to be a lost cause?  I think it is because he has hope.  He believes his nation deserves better, and even if he loses, his story lives on.  He hopes that others see how he stares down the dragon, and doesn’t flinch.

To American Progressives, modern times may often appear hopeless.  We have a demagogue POTUS who wishes to achieve unquestioned authority.  He has sold our nation’s very independence, and assaults the rights and ideals espoused in our sacred founding documents.  Our birthrights as Americans are under constant assault.  Unpopular laws are rammed through a Congress owned by corporate donors, and the will of the many is ignored in favor of the buying power of a few.  These are truly the times which try our souls.  Now more than ever, we should understand that hope is fuel for our souls.  Without hope, there is no will.  Without will, there is no action.  Without action, America will be lost.  We must not underestimate the importance of hope, and so we must seek out those who inspire the hope which sustains the fight.

The hope of Alexei Navalny inspires me.  I’m an American inspired by the conviction and democratic spirit of a Russian.  I think Navalny is far cooler than Sonny Crockett ever was.  It’s the damnedest thing, really.  In 1987, if you had told me that I would grow up to have a Russian role model, I’d have told you to go sit on your Rubik’s cube.  But I’ve come to understand that America doesn’t have exclusive rights to democratic ideals.  In this worldwide fight against authoritarianism, there are many courageous people across the globe with stronger wills, bigger hearts, and more tireless stamina than me.  Their stories bring me hope.

I hope America can regain her independence.  I hope she can recommit to her founding ideals.  I hope American children grow up in a nation of boundless opportunity.  I hope.