The dust had barely settled on Alabama’s election, when the Trump regime kicked into full gear again to ram through its sham of a tax reform bill. On Wednesday, White House lapdog and sometimes Senate majority leader Mitch McConnell demanded that a vote be held on the tax bill…before Doug Jones is sworn in as Alabama’s new senator.

Trump, McConnell, and remaining republican loyalists are desperate to achieve something in the short time remaining before the Trump regime suffers a total collapse. The frantic pace of movement in Washington, D.C. is a strong indicator of the true value — or lack thereof — of any legislation presently proposed and pursued by Trump and the republicans. 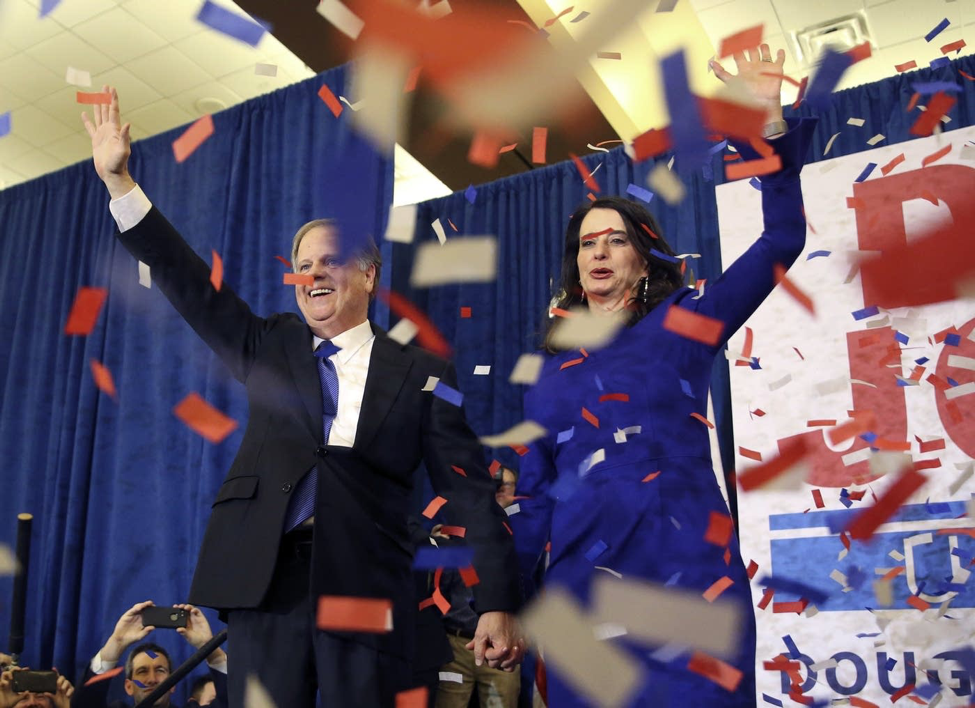 All of Trump’s picks lost. He appears to be the last person you would ask to recommend a horse if you were going to the track.

The American people are staging a revolt against the Trump regime, its policies of hatred, and the republican policies that he is pushing on the nation. With Doug Jones’ win in Alabama, the nation is watching a true red-state reject discrimination, xenophobia, persecution of the impoverished, and ultra-conservative values that violate the constitution and the country’s ideals of individual freedom and choice.

The United States presidency represents a position office of mixed authority that is predominantly an office of impotence without the support of the legislative and judicial branches. Additionally, the office of the executive leader requires the full support — or at least more than a third of the nation — of America. It is a position fueled only by the people’s will and the Trump regime is demonstrating that lesson well.

With each Trump endorsed candidate that fails and with every policy that is struck down, blocked, or challenged by the courts or congress, Donald Trump’s impotence shows — just like when he tries to force himself on women.

Since the inception of his bid for political office, Trump has failed to grasp that true American leadership is not a one-man show. Our nation’s political system ensures the existence of a collaborative and cooperative leadership effort that encompasses a variety of issues and voices. America does not march to the beat of one dictatorial drummer.

As the losses mount and policies fail, Trump’s relevance is slipping. Every time a republican representative or senator capitulates to Trump’s personal whims and chooses party over country, or personal gain over public good, he defies the will of America. The election of Doug Jones should serve as a grave notice to all republicans that the time has come to abandon Trump and return to an America-first direction as opposed to the Trump-centric agenda.

America is a nation of many colors, beliefs, and values, but among those values, preservation of rights under the United States Constitution is paramount and those rights are ultimately protected by our voices and votes. Just because Donald Trump is too ignorant to hear America’s call does not mean that our voices do not count.