The abhorrent and beyond reprehensible slavery that is taking place in Libya speaks to the current times. While America has outlawed the deed almost 200 years ago, African American men in America inadvertently pose as a cultural threat and yet are the most perpetrated against. 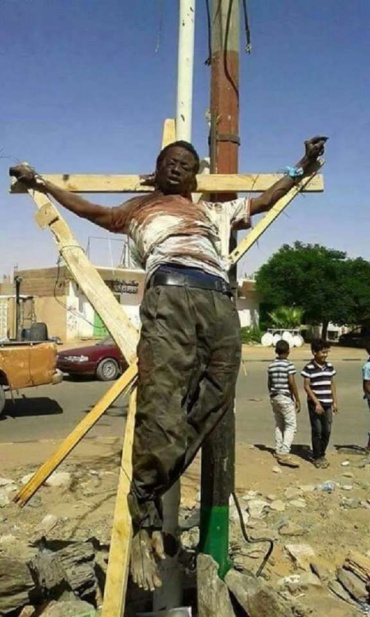 A black man anywhere is less than an inch away from discrimination, incarceration, and even death. The origin of black lives matter highlights the mischievous attitude whites in America and most recently noted, abroad harbor against those who bear a darker shade. The judicial and prison system in many ways than one is an extension of slavery. Black men are sentenced longer than whites, and some black men innocently  spend years in jail wrongly convicted of a crime they did not commit.

Massa's whip reigns strong and reigns fierce. The spirit of slavery died in the U.S. only to arise again in Libya. The Phoenix whose will is too powerful to ever be eradicated. To the nature of irony, slavery- African people are targeted once more as the primal choice for such horrific and dehumanizing treatment. Is being born with a darker skin a felony? A crime? A death sentence? Dark-skinned people are being punished for who they are.

In Libya, as people, hell- as organisms with a breathing heart and capacious brain, this cannot be tolerated on any level. Depending on the foreign policy outlines, it is no crime for President Donald Trump to halt these doings or at least inquire about them. Henceforth, people, innocent people, are being badgered and tossed around like last year's trash. This carnage must resonate. Many lives were killed in slavery. It's a shame to ponder that many of the civil rights leaders would turn and toss in their grave to know somewhere or anywhere in the world, humans beings are transformed mere again into objects and stripped of their freedoms by birth. 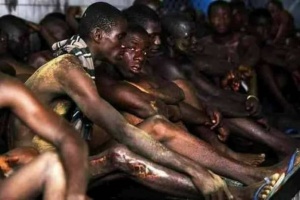 Imagine right now that Libyans are being auctioned off at the price of 400 dollars! According to CNN and a video with bad quality, a young Nigerian man in Libya is being auctioned off and the unidentified man  offers him and a group of other young men as "big strong boys for farm work." The auctioneer also goes on to say that the young man would be a good digger. How repugnant. The middle passage is a marker for one of the world's darkest moments. Men, women, and children were stocked and shelved, chained next to each other like canned goods or merchandise. Often times, plenty slaves died aboard ship. Being accustomed to sit and wallow in their own feces and urine wasn't exactly ideal. Unfortunately, their darkest days were not over just ahead. Once they reached the mainland they were then sold of; many sold apart from their family.

Bernard Mabinton is a 22-year old African-American writer having completed two years in college and is in the process of finishing his education. He hopes to one day be a filmmaker.