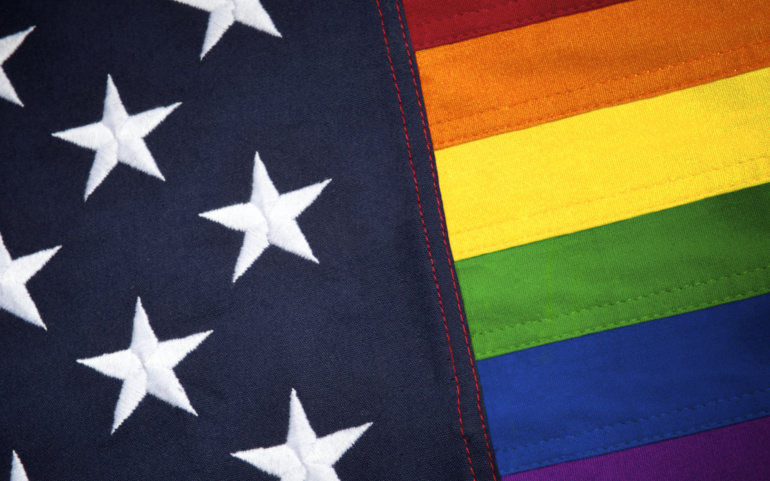 In just a couple of days, I will be marrying the woman I have waited for my entire life. There has never been a more important day in my life, and there will likely never be another. Not since the day I was born, and not until the minute that I draw my very last breath.

Just 3 years ago, this would NOT have been possible. On June 26th of 2015, our Supreme Court handed to me that right, which had been denied to myself and millions of others for hundreds of years.

Let that sink in for a minute. HUNDREDS of years. 239 years, to be exact.

I have a LOT of people to thank, in regards to attaining this right- and not just SCOTUS and Ruth Bader Ginsburg. The Stonewall Rioters arguably started the ball rolling in earnest in 1969, at the height of a sexual and cultural revolution. Harvey Milk became the first openly gay man to hold a public office in 1977, when he picked up that “ball” and moved it even farther down field, until his tragic death the following year. 20 years later- in 1997- Ellen DeGeneres came out publicly, and continues to be one of the most normalizing personalities within the LGBTQ community. They, and countless others, laid the groundwork for that momentous SCOTUS decision, which will give us the right to marry and live as a couple, without fear. And I could not be more grateful. Especially because I know some of them fought and even died to give this right to me and millions of others.

I also know, with no doubts whatsoever, who would like to roll back the clock and take that right away from me- and OTHER rights as well. Mike Pence made that clear while he was Governor of Indiana. According to him, instead of getting married, I should be locked up in a “conversion therapy camp”, where right-wing zealots will pray over me and hope I somehow turn straight (not happening). And now Trump has made it clear he sides with Pence, with his recent tweet that trans people (the T in LGBTQ) should not serve in our military. In short, #45 and his VP are obviously not on board with my upcoming nuptials. But it goes well beyond that.

I’m not going to mince words here. I believe strongly that we are on the cusp of a National crisis.

Now is the time to come together as a Nation. John McCain recently called on the Senate to act with bipartisanship. His request should not be limited to the Senate, but should be expanded to ALL Americans: Democrats, Republicans, and Independents; Christians and Atheists; All colors, all creeds, all nationalities. Stop calling each other names. Stop using terminology that only serves to divide us: “snowflakes”, “socialists”, “fascists”, “hillbilly”, “elite”. Start recognizing that we are ALL Americans, at least for now, and we all have a lot to lose if our system collapses under the weight of this division.

And maybe MOST importantly: start recognizing that our “enemies” have been using that division against us as a whole, and will continue to use it against it AS LONG AS WE ALLOW IT TO CONTINUE.

Senator McCain reminds me of my Grandfather. His name was Bill Nicely. He served in the Navy right after WWII, worked as a full-time firefighter until retirement, and was a lifelong dyed-in-the-wool Republican. He was also a member of the NRA, and an avid fish and gamer. When it came to politics, we almost never agreed. But we easily respected each other enough to “agree to disagree”, and it never became hostile in any way, shape, or form. He did call me a “tree hugger” once, but then he winked at me and laughed. I jabbed back. It was all in good fun, and we hugged it out afterwards.

I respected my Grandfather, not for his political leanings, but rather for his honor and dignity. And I dare say the respect was returned for the same reasons. He and I may have been on opposite ends of the pole politically, but we were both “old school” Americans. We both believed that the United States of America had the best system of governance in the World- not “perfect”; perhaps never “perfect”- but the best. We both believed in the principles of “Liberty and Justice for All”. The Constitution was sacred; the Bill of Rights was sacred; FREEDOM itself was sacred. It’s why he joined the Navy. There was honor in serving his Country, because of the ideals it stands for.

That pretty much leaves it up to us- ALL Americans everywhere- to restore honor and dignity to our once Great Nation.

I’m not asking you to put your differences aside right now- or ever. One thing that has made our Nation so great is that we never really put our differences aside, but instead constantly negotiate and renegotiate until an agreeable compromise is made. In essence, it is American to argue. It is American to disagree. Our ability to disagree is what makes us so mighty. THAT, my friends, is why free speech exists within our borders.

What I’m asking of you, on the eve of my wedding- which I wouldn’t be having if we didn’t live in a free country- is to stop tearing each other DOWN, and start lifting each other UP.

Just like our Nation, I am not perfect. I have caught myself name-calling this year. I have caught myself trapped inside an ideological bubble, unwilling to compromise; assuming the worst of those who didn’t agree with my politics. Passions are higher than ever in this country. And when people get passionate, they say impulsive, emotion driven, and often regrettable things. But I can’t afford to let my passions rule me anymore, and neither can any of us.

Don’t let our enemies take away what’s taken over 200 years to build. Due to our inability to compromise? Our inability to look past “party lines” or even “ideological lines”? Do we really want to go out like bickering spoiled school children? Or, do we want to do what I know my Grandfather would want us to do: Get our shit together, pull ourselves up by the bootstraps, and remind Putin and all other enemies that when America’s back is against the wall, She RALLIES.

Kelly Sturgeon is a 42 year-old college student at Ivy Tech College. She formerly attended Greenville College. She was born and raised in Bloomington, Indiana, where she still resides.