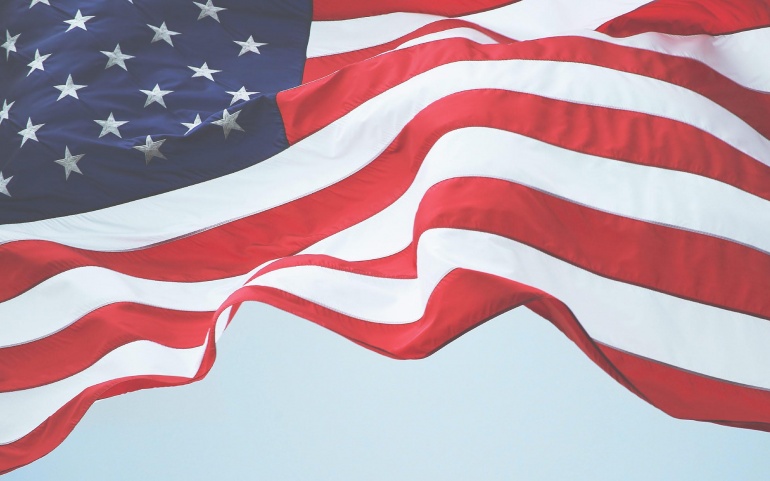 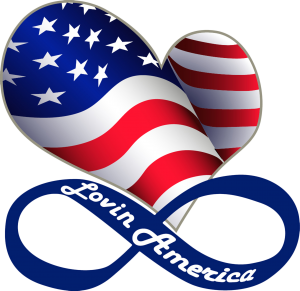 Like so many Americans, we struggle to fathom current events and the ongoing resurgence of racial tensions in our country, and to reconcile them with our personal experience. On the road for Lovin America, we get to know people from every corner and culture in our country as individuals, and acceptance is easy, the exchanges human and inspiring. And yet, the clash of tribes in the wider world continues, and seems to worsen everyday. It’s easy to blame politicians, institutions or factions for this, and some certainly have a hand in it. There is something more fundamental at work here, though, and in keeping with the Law of Unintended Consequences, today’s challenges may also offer tomorrow’s rewards. In other words, there is hope.

Change is the natural condition of things all around us, and that is as true in the physics of the universe as it is in a single human life. So, as we revisit our history over time, we understand that our judgments and perceptions of people or events will also evolve. Opinions on the appropriateness of nudity in art, acceptance of the heliocentric model, the relative quality of craft beers, the morality of violence in sports, who can be a Boy/Girl Scout - all have undergone changes in social perceptions, even as the creations themselves remain constant relative to us. Other things evolve in and of themselves; the object itself changes. Living things undergo life stages, music and art develop creatively, technology advances or is abandoned in different times and places. Whether it is our perceptions or the things we perceive, however, change remains inevitable.

And frankly, that’s going to piss some people off, every time.

Because no matter the present state of things, some will prefer it so long as those conditions favor them, agree with their opinion of how things should be, or have at least become comfortable and predictable - which are often the same thing. And if conditions change too slowly to perceive in a lifetime or two, say over several generations or more, many will begin to consider those conditions to be the way things have always been, and the way they should always be. But again, our lives and our world are inexorably dynamic. And today, the forces stimulating change are no longer slowly evolving. They are accelerating, and the literal face of our nation is changing.

Pew Research shows that by 2055, the US will have no racial or ethnic minority at all. Immigration from Mexico is declining, while that from Asia is rapidly increasing, as is that from the Middle East. Aging Millennials will soon replace Boomers as the largest age demographic, bringing with them a more liberal and secular politics that doesn’t identify with either currently existing major party. (Don’t get too comfy with that thought, though, kids. GenZ is right behind you and represents significantly different social and political sensibilities from both you and your parents.) Genomics and other medical technologies are also advancing at a dizzying rate, making the elimination of disease possible and 130-year lifespans the norm, not sometime in the distant future, but within a few years from today. This will mean the end of every previous expectation of a linear lifespan in which we used to expect everyone to be born, go to school, get a job, retire, and die. The death thing will remain a certainty at some point, of course, but before then, Americans will have completed several careers, gone to school differently and multiple times, and will have forgotten the idea of retirement completely. Financial planning will never be the same, but then money as we currently think of it will be blockchained into the dustbin of history as well. Family structures, perspectives on gender, the size and definition of the middle class, what it means to be old, how we eat and farm, and religious affiliations are all changing, accelerated by self-improving technologies like machine learning and AI.

As the makeup of our people evolves and the nature of life in America fundamentally changes, the perceptions of our founders also continue to evolve. We’ve come to see that Manifest Destiny harbored some brutal conceits, and that our founders’ assumptions hinged on a slightly more nuanced idea than we were told as children - all white male landowners were created equal. But though our judgments of the men involved may waver over time, the principles they sought to espouse nevertheless retain their integrity. Truth is still that which is in accordance with fact and reality, duty remains our moral obligation to act according to conscience, and freedom is the natural state of humankind, ours by virtue of our creator, not granted by human decree or law. Knowing their faults is not a condemnation of our founders, because they, like all of us today, were both flawed and products of their times, environment and experience. It was their triumphs from which we still benefit, and their mistakes from which we can learn to build a better America for posterity. And here’s where hope comes in: As our faces change, in examining and being willing to address our faults, America can still be the place that ultimately shows that those ideals are universal among human beings, they have nothing at all to do with color, ethnicity or gender. We can build a nation based on those principles we have in common, the desire for which is why so many have come here in the first place, to join in that common hope.

With change, however, come the familiar historical challenges and threats from the established and intractable forces that have most benefited, or at least been comfortable with, the previous order. We see this in the hate marches and violence of recent days. The better angels of America’s past and present can be our guide through these struggles. The ideals of natural rights, equal opportunity, civic duty, a social compact to protect even the views of those with whom we disagree - all the things codified in our Constitution and Bill of Rights by those great and flawed men - are still the last, best hope for humanity. But we’ll need more than our founder’s intellectual greatness. We will need to learn to love one another - and not in a Pollyanna chorus of kumbaya, but the kind of powerful, patient, unyielding love that can move mountains, especially majestic purple ones. Love is the irresistible force demanding that there can never be an us and them as Americans. No matter the hue of our faces or the cut of our clothes, there can be only us. What should make us exceptional is not that we believe ourselves better than others, but that that we never look at another human being and say, “Everyone is welcome here...except you.” As Dr. King, a man who knew something of love and hate told us, “Darkness cannot drive out darkness: only light can do that. Hate cannot drive out hate: only love can do that.” Loving those who hate you is hard, yes, but we’re a nation built on audacity and courage and faith. Dammit, we do the hard stuff.

Some of our people are frightened by the changes America is undergoing, they feel displaced within the land of their birth and legacy. We need to offer our fellow citizens who feel this way our understanding and compassion, not our scorn. And to those who come here hoping for the freedom and promise we so often take for granted, we must live up to the responsibility of having proclaimed E Pluribus Unum - Out of Many, One. Such a promise is uniquely American, and demands that we love and include those who are threatened by the changes and challenges we face, just as we seek to welcome and bond with those who yearn to breathe free in this place we built together.

Because once we learn to do that, there can be no more them, only us.

“We are not enemies, but friends. We must not be enemies. Though passion may have strained, it must not break our bonds of affection. The mystic chords of memory will swell when again touched, as surely they will be, by the better angels of our nature.” - Abraham Lincol

"It’s not the destination, it’s the journey.”  As motorcycle “longriders”, Lovin America storytellers Scotte and Toni Burns live by this expression. Their delighted search for America’s thoughts about life and love follow that same road. Lovin America doesn't offer advice or the 10 Easy Steps to anything, but instead, brings out the wit and insights of love's diverse expressions, as told through American history, culture and the people they encounter along the American road. What does it mean to be in love in America today - with our mates, our lives, with our deepest passions for place and purpose? These are the tales of being love in, and in love with, America.  Riding along on this quest, readers and listeners also learn the wonders of the American highway - who makes the best chili, the worst drivers, the most profound memorials and the funniest local events? Be renewed, as Scotte and Toni constantly are, by the inspiring power of Lovin America!