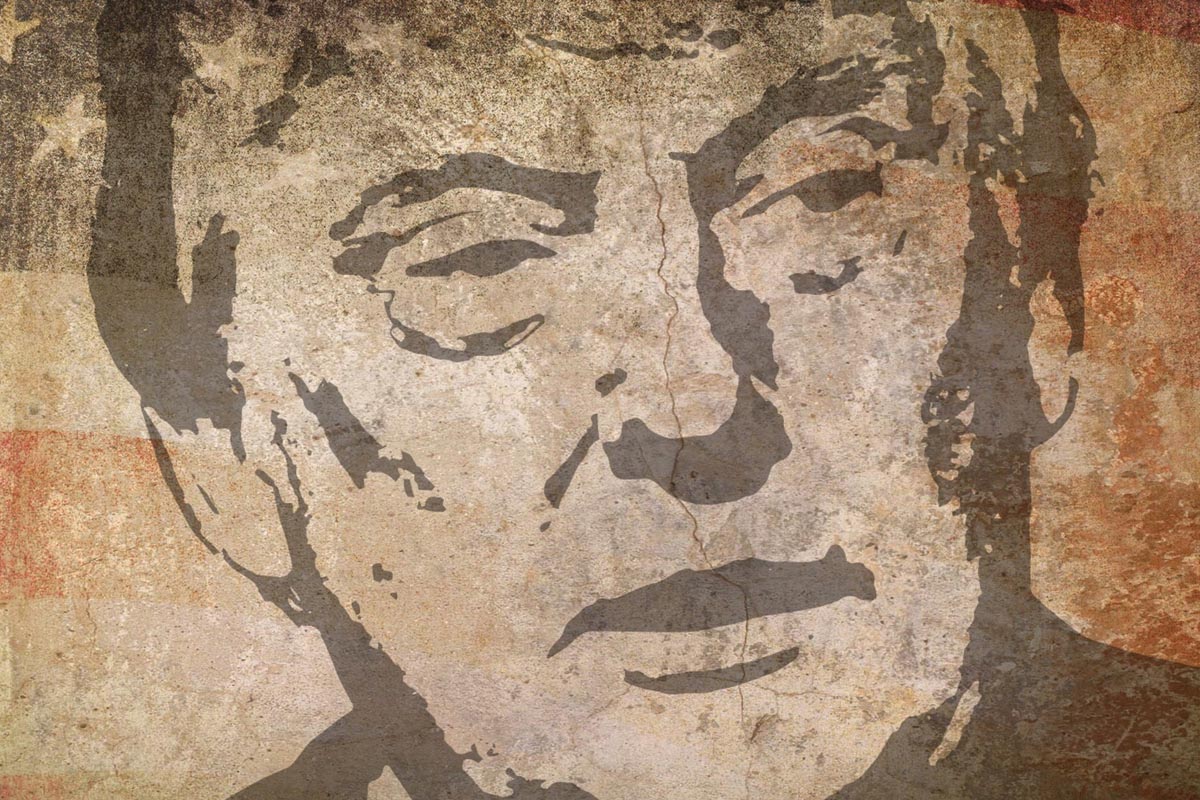 The greatest mistake that the American people made in 2016 was giving Donald Trump the “first amendment” soapbox where he was allowed to echo white nationalist dog whistles from the past fifty years. In a world where he should have been ostracized, ridiculed, and tossed aside as another reactionary nut job: our society, with great naivety, gave him the benefit of respect in regards to his views. Admit it: we all assumed that the problem would correct itself. We all assumed that Donald Trump would lose, whine about it, and crawl back into his ivory tower, never to be heard from again. Unfortunately, as a result of us respecting his right to spew vile, racist, nazi rhetoric, he won. In a society where the first amendment was created specifically to speak out against people in power, it justified granting the nastiest sects of American society more power. In doing so, we set a dangerous precedent for the years to come, and all of us who looked past the warning signs are the ones to blame.

What used to be considered disgusting enough for societal expulsion is now just another day in the life of a Trump Presidency. Anti-Semites and white supremacists are now, under societal common law, granted the right of free speech to say and do as they please so as long as they don’t actually hurt anyone. However, as of 2018. I am afraid we have reached that time in society where these people hide under their “free speech” soapbox to advocate, facilitate and implement, acts of terror on the American people. Simply put, what these people say CAN and WILL hurt people. One only need to remember what happened in Charlottesville, Virginia, or Charleston, South Carolina to realize that white supremacy and nazism pose a national threat to the values of freedom, equality, and rule of law that we cherish in a representative democracy. This is no longer the dirty national secret that we can slide under the rug. This has become a cancer to our society, and we need to take the proper course of action to make racists afraid again, rather than justifying their right of free speech.

The so-called "counterculture" that is the "alt-right" movement is just a new marketable name for the same old ugly demon that has thrived deep within the underbelly of right wing American politics for years. To call it what it is, would be to call it white supremacist nazism. There is no way around it, and until we call it what it is, then we will continue heading down the dark and treacherous path that Donald Trump has been leading us towards since 2011 when he was hailed as the de facto leader of the "birther" movement. This is nothing new, so let's stop pretending that racial tensions in this country have ever disappeared. The fact is, we are still living in 1960 and people like George Wallace still hold major elected offices in government. The fact is, that the GOP still follows the strategy of locking up African Americans in southern states as a means to keep them from voting so they can retain power. The fact is, that Donald Trump is by no means different from the segregationist leaders in the days of 1960. When he says "make America great again" he really means "show America for what it really is", and in doing so, he gave the klasnmen a podium to speak on and a quasi-conservative "platform" to run on.

Don't dismiss the overwhelmingly disgusting rhetoric that comes straight from the mouth of your racist Uncle Joe, or your "moderate" cousin Jim and his “All Lives Matter” shirt. Perhaps you should try to reason with them. But it is likely our best option to completely disconnect from these people and leave them out in the cold to be ostracized by the rest of civilized society. Trying to sympathize with someone who is complicit in injustice, is in itself, an injustice. I will concede that not everyone who voted for Donald Trump is fundamentally evil, but until they confess that what they did was fundamentally anti-American and just plain wrong, then they do not deserve the respect of having their voice heard. Rationalizing, or empathizing with, a disgusting excuse of a human being such as Donald Trump, is fundamentally antithetical to the foundations of equality, justice, and freedom of which this country was built upon.

Thomas Zane Stepp is a musician and activist from the Chicago area. He has worked with various social and political campaigns
including: the United Nations Association, Chris Kennedy's campaign For Illinois governor, and Renato Mariotti's campaign for Attorney General
just to name a few. When he isn't too busy advocating for social and political reform, you can see him playing guitar, bass, string bass, piano,
or even, on the rare occasion, some mallet percussion. Overall, he is a strong-willed advocate for what he believes in, and hopes to set a good
tone for peaceful resilient, and effective resistance in the "Trump era".
Tags: trump