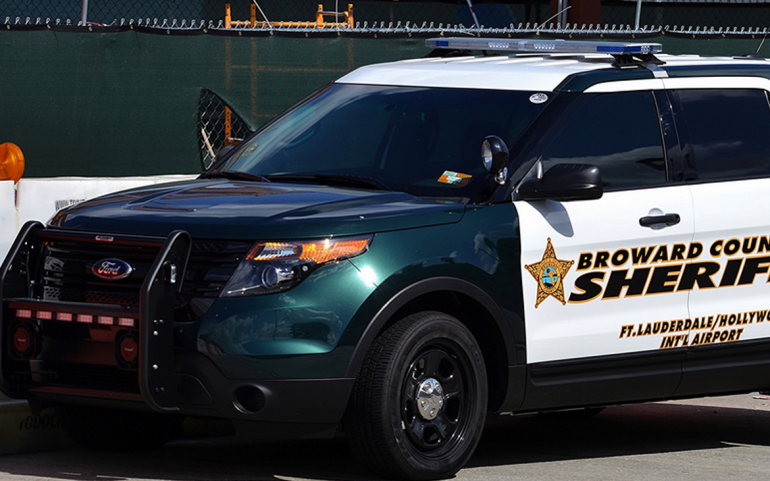 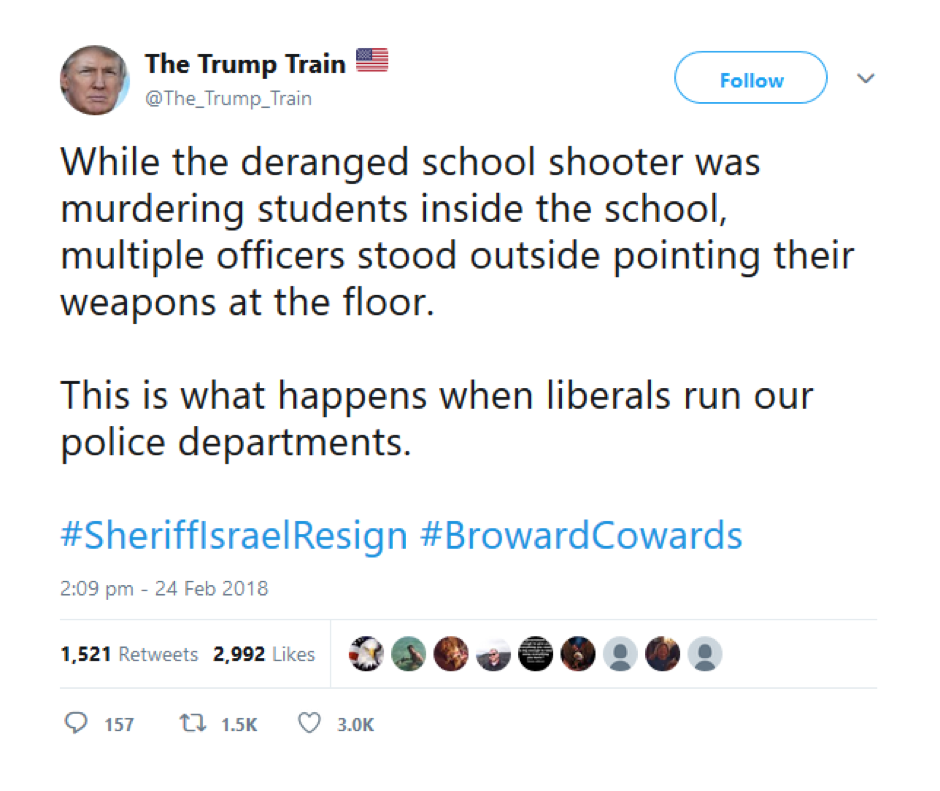 A little more than three years ago, a countermovement formed to critique the perception that media and public opinion were “anti-police” following the spate of high-profile police-involved shootings that spawned the Black Lives Matter movement. This countermovement, Blue Lives Matter, helped officers and their families in need and raise awareness of the difficulties and dangers that police officers face in the line of duty.

In in the words of PhD Candidate Matthew Guariglia, Blue Lives Matter advocates “are telling the world that they are police even when their uniforms are off, part of a targeted community in need of special protection.” Why then, are these voices so quiet following the forced resignation of Scot Peterson, the deputy who was on-duty at Marjorie Stoneman Douglas High School during the mass shooting there.

When the national conversation was focused on victims that were mainly black, male, and came from a lower socioeconomic status, there seemed to be a rationale that Blue Lives needed to be protected, to the extent that their occupation should be given the same status as racial, sexual, and religious minorities who have historically faced institutional discrimination. And for many officers who were involved in the shootings of these unarmed victims, the fear defense has been justified in many trials, as reporter, Benjamin Wallace-Wells noted in his report on the killings of Akai Gurley, Alton Sterling, Trayvon Martin, and Michael Brown; trials where officers were all acquitted because of fear and perceived imminent danger. Thus, a rhetorical question was posed: “How can one judge an officer’s decision when on the front lines of fear for their lives?”

In this instance, Parkland, Florida is an upper-middle class area that is predominantly white, with very low crime rates. According to Broward County Sheriff Scott Israel, there was a school resource officer at the scene when shooting began, but he took cover outside instead of entering the building. Currently, there are disputes whether there were other officers from the Broward County Sheriff Office also taking cover outside. But there were some questions that I raised about this label of “cowardice,” imposed on Deputy Scot Peterson, like, “Is it protocol for a lone officer to enter a spree shooting situation without back up or tactical deployment?” “Would we have expected this officer to enter a hostage situation, without a negotiator, to “confront the gunman?” As well as larger questions about arming, “gun-adept school officials” to face a spree shooter using a modified weapon that can spray several hundred bullets in a minute, with hand guns that can maybe fire 15 rounds in that same timeframe.

Perhaps the deputy knew that he was outgunned, and maybe out-manned (was he thinking there were multiple shooters?) and the standard issued Glock pistol wouldn’t be enough. Thus, the point that I am making, is that there has not been any information that this deputy has violated police protocol or even the “active shooter protocol” implemented after Columbine. The faces of the victims have steered public opinion to criticize the police for not doing more to save the lives of these victims. From the White House, this officer is vilified as a coward and not serving in the public’s interest, but where were these voices when the victims were unarmed civilians of color? Why wasn’t shooting an unarmed person considered a cowardly act of self-preservation? And why weren’t the officers involved, asked to resign immediately?

If advocates for the lives of police officers in the shootings of unarmed black victims, truly believe that first responders are being unfairly targeted for split-second decision making and fear, then their voices for Deputy Peterson are needed now. Accountability for officers who are not serving the public and safety of these men and women are not mutually exclusive. One hopes that the decisions that officers make every day are deliberate and calculating to give the best chance of saving the most lives. Thus, this we cannot equate real life with a Rambo or Clint Eastwood movie, where an adrenaline-pump hero can barge in, know exactly who and where the “bad guy” is and save the day simply because she or he is the “good guy with a gun.”  As well as the good guy with a gun must be held accountable when an unarmed civilian dies as a result of his or her mistake. Hopefully, the movement will know how harmful this theory is to their brethren and will show their true colors.

Sabine Franklin, Doctoral Researcher at the University of Westminster, @sabinefranklin

A first generation American, born and raised in the City of New York, Sabine is experienced in developing and executing public health and social services program in the inner city, with a focus on recent-immigrants, youth, and seniors. Sabine attended the University of South Florida in 2004 and graduated with her bachelor’s cum laude in Anthropology and History with a certificate in Modern Western European Studies and Spanish. She then went on and completed a master’s in political science and History at The College of Saint Rose in Albany, NY in 2009. She has spent over 7 years in the nonprofit and government sector coordinating grassroots movement and policy around housing, health services and social justice in New York. She is currently a doctoral researcher at The University of Westminster, in London, where she just completed 6 months of field research in her case study countries of Liberia and Sierra Leone conducting one-on-one interviews with health workers and local stakeholders regarding the 2014 Ebola outbreak.