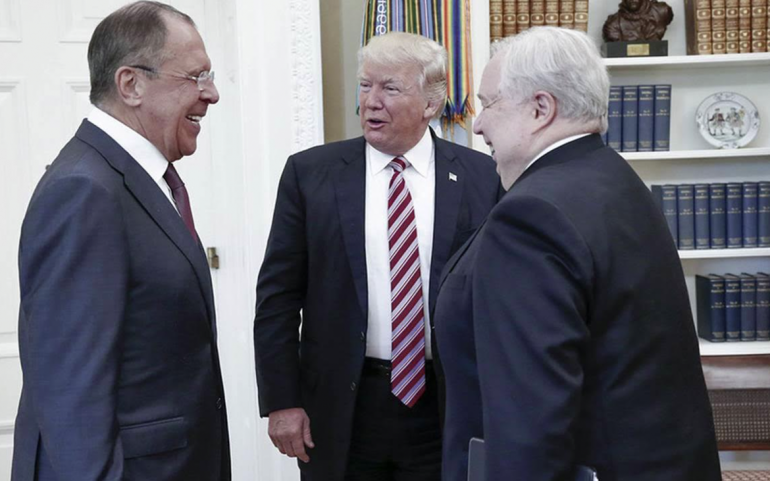 Below is a letter I sent this week to both of my Republican Senators.  I have yet to receive a reply.  I welcome everyone who wishes to use any or all of my words to fashion a letter of their own.  The branches of government were designed to be separate and equal.  They are currently neither.  Our Founding Fathers would be appalled at what President Trump and his enablers in Congress have done to our nation in one short year.  These are truly the times which try our souls, for the battle which lies ahead will be long and difficult.  May we steel our resolve, and fight with the tenacity of our forebears.

I am a physician and constituent of yours in North Carolina, and I was ashamed and horrified as I watched Monday, January 29 unfold across my television screen and other news outlets.

Not only did the House Intel Committee bypass the regular order of governance by voting to release a partisan hit piece on America’s highest law enforcement agency, our POTUS showed blatant disregard for the law of the land in refusing to enact a new Russia sanctions bill which he himself signed into law.

As you are well aware, the bill sailed through Congress on a combined 517-5 vote months ago.  I’m no civics scholar, but I’m quite certain that there is no line in the Constitution which allows the President to unilaterally decide which laws he will enforce.  Please understand the precedent this sets for the future.  What is the function of Congress if the laws it creates are only enacted if the President chooses to do so?

Over 250 years ago, American colonials fought and defeated the greatest military power on the face of the Earth in order to rid themselves of an authoritarian king.  I am damned certain that those soldiers and patriots are spinning in their graves at what happened yesterday in their beloved country.  Today, I’m reminded of two famous quotes by Thomas Paine:

“These are the times that try men’s souls.”

“If there must be trouble, let it be in my day, that my child may have peace.”

With all due respect, now is not the time to be complacent or weak-willed.  Now is when those of us who romanticize American independence and ideals must make ourselves known.  Will future generations bow to a king due to our lack of courage and conviction?  Our respective legacies and the livelihoods of our children will be decided by our action, or lack thereof.

What will your legacy be?