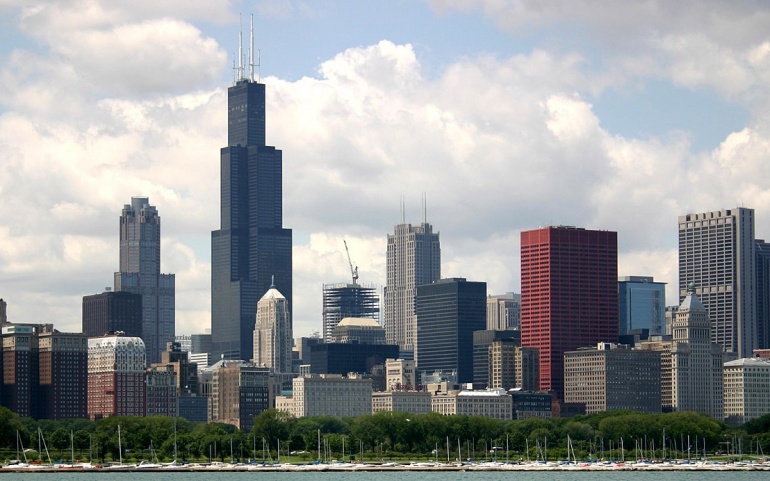 I was raised on the Southside of Chicago - 79th and Hermitage to be exact, in a community called Auburn Gresham. Over the weekend of August 3rd, 2018, 74 people were shot in Chicago. Two weeks later, 58 more. Many of these victims were shot in my old neighborhood.

This great city is the victim of many social injustices. It would be impossible to summarize them all in one article, or even one book. However, I do think that a bit of history about the Windy City might help us understand why and how so many of these injustices came to be.

At the turn of the 20th century, a large amount of southern African-Americans began to move to Chicago, seeking better employment opportunities and a more welcoming environment than they were used to in the Jim Crow South. Unfortunately, the white residents of Chicago were not as welcoming to their new neighbors as they had hoped. Discrimination and public displeasure forced many of these migrants to move to the South side of the city, into what would be called the “black ghetto”.

The areas surrounding these ghettos were largely inhabited by territorial Irish immigrants who would not allow blacks into their neighborhoods. As the black population increased, they were again forced to move to other parts of the city. To combat potentially integrated neighborhoods, the “black belt” was developed - a designated area in the city where black families lived. As the belt became overcrowded, middle class blacks began to move to white neighborhoods, creating more racial tension. In 1946, the Chicago Housing Authority built high rise projects on the West side of Chicago in order to give blacks in poverty a place to live and to keep middle class blacks out of the white neighborhoods.

Then, in the 1950s, with the war over, many blacks lost their jobs and began to settle into poverty. Buildings in the projects were quickly overcrowding with little to no building inspections taking place - garbage collection and adequate plumbing were rare. With the lack of employment opportunities available, many residents turned to illegal activities, which led to a rise in crime. At the same time, policing these communities for the benefit of the residents was a low priority for the Chicago Police Department. The only time these neighborhoods would get attention was during the middle of the month, when officers needed to reach their arrest quotas.

This became a problem in two ways. To begin, police officers were only seen arresting those who committed crimes, and never assisting those who were victims of crime. This led to the perception that the Chicago Police Department only cared about arresting black people, not helping them. As well, black residents often received more severe punishment than their white counterparts. Black men began to disappear from the community, leading to the concept of the missing father figure. This began a trickle-down effect. With a lack of positive male role models, young boys in the community began to look up to the drug dealers and pimps that hadn’t yet been caught.

During the 1980’s, the explosion of crack caused the black community to plead for government intervention. Instead of rehabilitation and preventative measures, the government imposed laws with more severe punishment for crack possession, leading to a higher number of imprisoned members of the community. Since black mothers had little to no support with childcare, an entire generation fell through the cracks.

The first wave of Mexican migration to Chicago also began in the early 1900s. This was largely due to the Mexican Revolution and the rise of industrial and agriculture jobs in Chicago. Many of the Mexican workers came to Chicago for employment, leaving their families behind. About a decade after their migration began, Mexicans were exempted from the restrictions of the 1924 Immigration Act. This created a second wave of migrant workers moving into the West side of Chicago, with a small percentage bringing family with them. They began to face problems as their numbers grew. While they were not segregated in the way that African-Americans were, they were taken advantage of in a different way. They were often charged double what their white counterparts paid in rent and housed in dilapidated buildings that white families refused to live in. As with the African-American ghettos, these buildings were not inspected. Due to the overcrowding and unsanitary conditions, many of these workers died within 10 years of moving to Chicago.

When the stock market crashed in 1929, the United States froze migration. The myth that Mexicans were going to steal jobs began to run rampant - causing the Chicago Police Department to work with the US Government and other organizations to round up Mexicans that were unemployed for deportation. There were even Mexicans born in the USA who were deported, and the total number of deportees ended up somewhere around 15,000 in Chicago alone.

In the steel and meat packing factories, where hiring Mexicans was once a common practice, it was now taboo. During what was known as “Operation Wetback”, Chicago’s Mexican population was effectively cut in half. Afraid of meeting the same fate as their friends and family, many migrants moved to suburban areas like Aurora, Blue Island, and Joliet, IL.

In the 1970’s, there was a third wave of Mexican migration. Many of these workers moved to the same areas in which their grandfathers resided years prior - Back of the Yards, Pilsen, Little Village. This time, however, they began starting their own businesses and hiring each other to work in them. This was the beginning of the Chicano Movement.

Like many other groups in the 70s, some Mexican- Americans were smoking marijuana, and those who had a hard time finding work began dealing. They, of course, were also given longer sentences than their white counterparts.

Beginning in the late 90’s, many of the public housing facilities were torn down, and gentrification began to spread. This “solution”, still practiced today, has become a disaster.

With more and more black and brown people being pushed into smaller and smaller areas, and more school buildings being closed, public schools are overcrowding, and education is becoming a luxury. The lack of educational opportunities is directly linked to an increase in violence in these areas.

After decades of being told that there is no money to fix our public education, Mayor Rahm Emanuel shocked the city when he announced plans for a $95 million police academy.

The Chicago Police Department and the marginalized communities of Chicago are disconnected. As stated earlier, black and brown communities view the police as the enemy, because they have historically acted as such. Even if the minds and methods of the CPD have changed, their community outreach efforts remain abysmal. These neighborhoods need trust in the officers that patrol them. Folks in these communities will be more willing to call the police to report a crime if the trust was there. Unfortunately, it’s not, and so black and brown communities are the least likely to call the police when witnessing a crime. This gives the criminals free reign.

There are people who would read this and say that “being poor is no excuse to commit crime”. To that I say three things:

Hope is the only way to combat what is being shown by the media on the streets of Chicago. There is already hope, but you’d never see it in the news. As a lifelong Chicagoan, I will take some blame myself. I have never written about my city and for that, I am sorry. I promise you, right here in print, that I will introduce you to the people in the trenches working for a better Chicago. I will introduce you to the folks that are doing the work in Chicago to make real change.