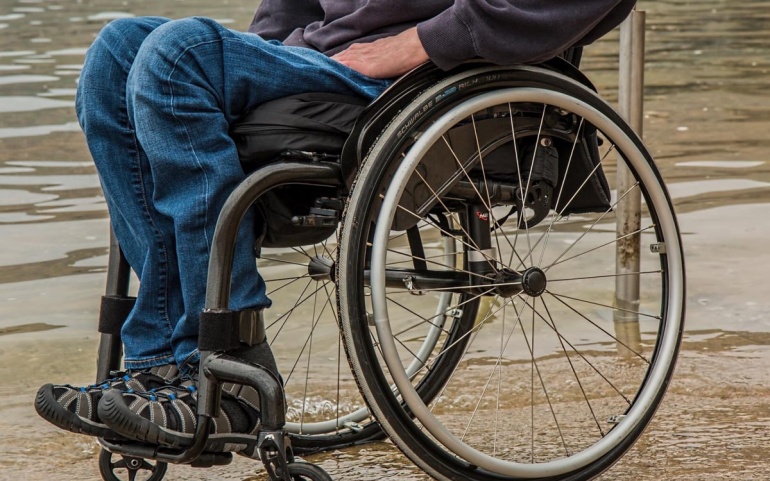 In 1933, Adolf Hitler became Chancellor of Germany. In the same year, his National Socialist (Nazi) Party began a systematic campaign of public ridicule and private sterilization, isolation and murder of the disabled in Germany. When the Nazis were not stopped from claiming these first of their victims, the most vulnerable population among their citizens, the way was paved for the atrocities yet to come.

Called Lebensunwertes Leben (life unworthy of life) and nutzlose Esser (useless eaters) mentally and physically disabled, along with the chronically ill and those with non-disabling birth anomalies, were singled out as a burden on society. It began with the “Law for the Prevention of Progeny with Hereditary Diseases” mass sterilization. While it soon devolved to euthanasia, it started with the idea that “we cannot afford these burdens on our society.” The law made them “illegals.”

Many of you are probably scoffing, saying “That could never happen here.”

Consider this: in the early 1920s, Hitler and the Nazi Party introduced a 25-point doctrine. Our current government meets sixteen of these twenty-five points. While Fascism is a greater match (Trump arguably checks of all fourteen of Umberto Eco’s 14 points of Fascism identified in his essay “Ur-Fascism”), the similarities in the cultural philosophies of Fascism and Nazism make the distinction academic in most regards.

It is already happening here.

Consider the Trump administration’s attack on the Affordable Care Act. As scored by the CBO, 14 million Americans would lose health insurance.  Many of those would be the chronically ill and disabled, who would lose their current protections from provisions which block or dramatically reduce their benefits due to “pre-existing conditions.”

Then there is the GOP budget, which passed the House just this week. It cuts $1,000,000,000,000 (that’s one trillion dollars) from Medicaid spending. Medicaid not only protects the poor, it provides critical insurance coverage for the chronically ill and disabled which private insurance does not, like nursing services, durable medical equipment, skilled nursing facilities, long-term care, and more. These are life-saving services, and they are going to be eliminated for millions of people.

All of this takes place in the light of Trump’s own behavior (and those of his appointees) toward the disabled. Who can forget his mocking of a disabled reporter who interviewed him on the campaign trail?  Attorney General Jeff Sessions stated that services for disabled students were “accelerating the decline in civility and discipline in classrooms all over America” when a United States Senator. And just this week, Education Secretary Betsy DeVos rescinded 72 guidelines which clarified and specified protections for disabled students.

Into this context entered Rosa Maria Hernandez. A child with Cerebral Palsy. Also an undocumented immigrant, who was brought here when she was three months old because there was not sufficient medical care in her country. As she was being transferred in an ambulance between hospitals, Customs and Border Patrol agents performed an immigration check.  That’s correct, our government is so xenophobic,  it stops ambulances en route to the hospital to make sure they contain only legal residents. Here, they found this innocent ten-year-old girl who needed emergency surgery. They escorted her to the hospital, where they waited outside her room. The next day, when she was allowed to be discharged, she was detained, removed from her family to a facility 120 miles away to await deportation proceedings.

Our government has declared her a Useless Eater.  A nutzlose Esser.  Life unworthy of life.

We have the ability and obligation to disobey. To disrupt. To demand that we live up to the basic tenets of humanity.

Or maybe he’ll come for your child next.