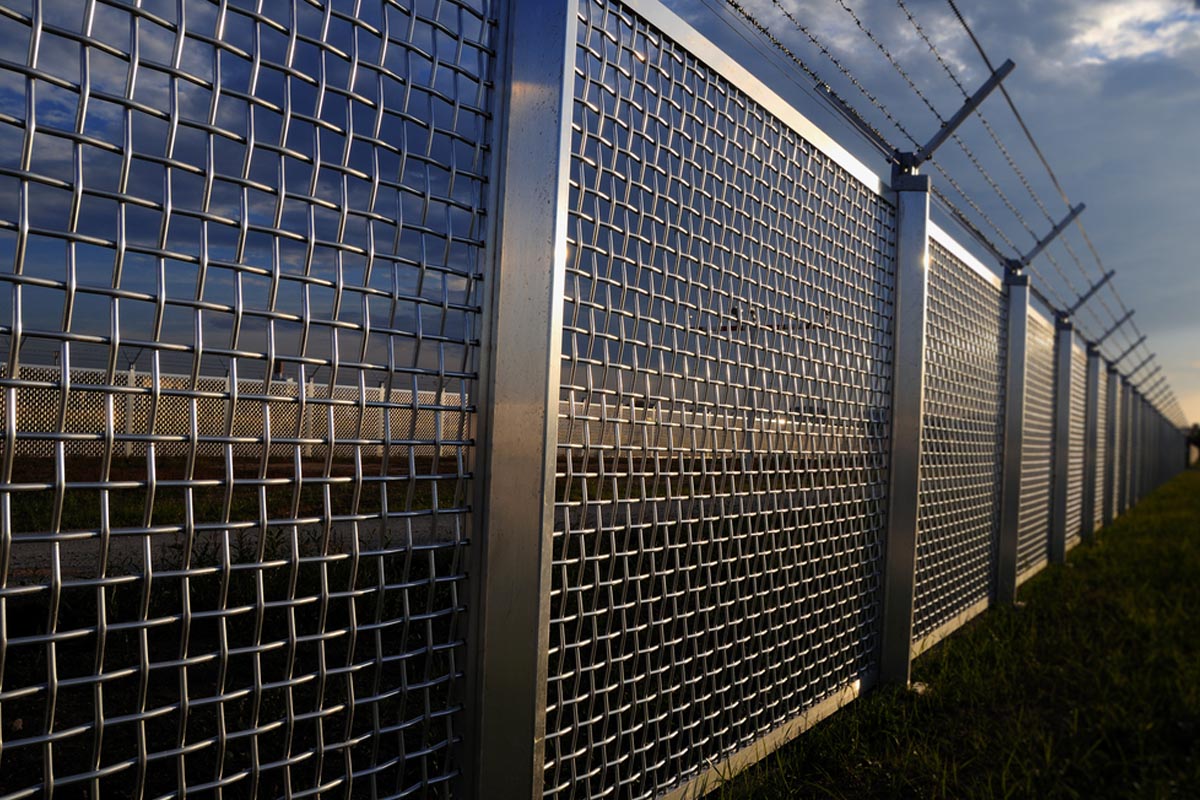 That 2017 has been a tumultuous year for immigration in the United States is not exactly a revelation. President Trump campaigned on this issue and has sought to deliver on many of his campaign promises. If you’re pro-immigration, there are not many positives to report this year except that public opinion remains strongly pro-immigration and resistance to the President’s immigration policies have led to a string of court victories and large public demonstrations.

So what were the most important immigration stories of 2017? From the perspective of an immigration lawyer, here’s my take.

President Trump campaigned on ending President Obama’s signature immigration accomplishment – the establishment of a deferred action program for the large population of young people who were brought to the United States as children. Nearly 800,000 of them have received Deferred Action for Childhood Arrivals (DACA) status. After going back and forth for most of the year on what he would do, President Trump elected to end the program. He did not end it immediately (as some in the Administration were urging) and instead, the program is winding it down with work cards and DACA status ending over the course of the next two years.

The President has indicated that his preference is for Congress to address the issue and, indeed, Congress is dealing with the fallout of the ending of DACA. Democrats and allied Republicans are pushing for legislation called the DREAM Act to pass before the end of the calendar year while Republican leaders are suggesting they are content to wait until next spring. The big question is whether Democrats will make passage of the Dream Act a condition to their supporting a budget bill. Their votes are needed to avoid a government shutdown. With just a week to go before the deadline, Democrats have still not indicated what they will do. Republicans have introduced a bill – the SECURE Act – that is an opening offer and it is certainly unacceptable to Democrats. It calls for massive new enforcement measures, a dramatic drop in legal immigration numbers and a temporary extension of DACA with no permanent solution. In the meantime, a bipartisan group of Senators is negotiating behind the scenes to hammer out a deal and rumors are circulating that progress is being made.

When President Trump floated this idea in the campaign, he was widely condemned even in his own party. But within a week of his inauguration, he signed an executive order imposing a total ban on the entry of nationals from seven countries. The scenes of massive protests at airports around the country and the mobilization of lawyers across the country marked the beginning of a fight that is still ongoing. The White House faced multiple lawsuits by various groups and state attorneys general and quickly lost the first round. They re-issued a lesser version of the ban and lost again in the courts. With the third version released in September, the White House provided more details on why particular counties were chosen and the US Supreme Court in early December allowed that version to take effect while the courts continue their review. But the fight will no doubt continue into 2018 on the policy.

Most people have no idea how anti-immigrant groups have scored big victories in getting their allies appointed to a number of critical positions involved in immigration policymaking. Chief among them is Attorney General Jeff Sessions who was, by most measures, the most anti-immigrant member of the US Senate during his term there. As Attorney General, Jeff Sessions is in charge of the country’s immigration courts and defending the government in immigration litigation matters. He and his communication head Stephen Miller, now Donald Trump’s senior advisor for policy, were instrumental in derailing the 2013 bipartisan immigration reform effort. Miller, in his role in the White House, has been critical in killing DACA and pushing the travel ban.

Julie Kirchner, the CBP Ombudsman, worked as an anti-immigrant activist for the group FAIR before being appointed to head the agency charged with assisting immigrants encountering unjustified difficulties with USCIS. And two aides to Senator Chuck Grassley, a legislator who is usually an opponent of most pro-immigrant legislation and is the Senate Judiciary Committee chair, has two staffers in key positions. One is Francis Cissna, the new head of USCIS. Cissna, in his early days at the agency, has been promoting efforts to slash legal immigration numbers and has suggested that family immigrants and beneficiaries of the diversity visa lottery are contributing to terrorism in the US.  The other is Kathy Nuebel Kovaric who has been appointed to the major USCIS job of Chief of the Office of Policy and Strategy.

President Trump’s anti-immigration message in the campaign extended beyond illegal immigration to promoting scaling back legal immigration. In April, he signed the Buy American, Hire American Executive Order which has been interpreted by USCIS to mean they need to much more closely scrutinize visa applications. They have implemented this in several important ways including

The White House further promoted its anti-legal immigration agenda when it endorsed in August Arkansas Senator Tom Cotton’s Raise Act which would eliminate most of the family immigration categories outside of spouses of US citizens, eliminating the Diversity Visa lottery and replacing the employment immigration green card categories with a new point system that would force hundreds of thousands of people waiting in green card backlogs to have to start over and reapply.

The White House knows it can’t deport as many people as it would like unless Immigration Courts churn out more cases. There is currently a backlog of 600,000 cases already. They want to hire more judges, but the more controversial solution unveiled in October is to impose new “numeric performance standards” that are seen as quotas on the number of cases Immigration Judges must handle. The National Association of Immigration Judges called the plan unprecedented and “the death knell for judicial independence.”

The Department of Justice plan may be in jeopardy from an unexpected party. Lucia v. Securities and Exchange Commission, a case working its way to the Supreme Court, challenges whether administrative law judges who hear Securities and Exchange Commission cases need to be confirmed by the Senate. The SEC just changed its position and weighed in favoring the position that judges must be confirmed by the Senate. Immigration Judges are in the same position and if the lawsuit in the SEC case ends up meaning those judges must be confirmed, it could mean hundreds of immigration judges need to go through a confirmation process. This could bring cases in immigration courts across the country to a halt.

Aside from DACA, a number of Obama era programs are under attack. The Administration broadcast its hostility to programs relying on the discretionary use of parole and employment authorization provisions in the Code of Federal Regulations. One of the first programs targeted was the Entrepreneur Parole rule which was finalized in the final weeks of the Obama Administration and would have allowed start-up founders with significant venture capital funding to apply for work cards. The rule was set to take effect in mid-July and the White House announced days beforehand that it was delaying the program with the intent of killing it. A lawsuit filed by the American Immigration Council and the National Venture Capital Association challenged the process for pulling the regulation and scored a victory in late November by convincing a judge to grant summary judgment. USCIS is now required to accept the applications, though the fight is far from over.

Other programs that are said to be in the line of fire are the H-4 Employment Authorization Document and the F-1 student visa STEM Optional Practical Training rule.

While the Obama Administration set records in its first term for deportations, it dramatically shifted gears in the second term and went so far as to issue a memorandum directing ICE to focus on criminals and not prioritize people who, aside from being out of immigration status, have been law abiding. The Trump Administration tore that memorandum up and is now putting anyone they encounter who is out of status in immigration proceedings.

They’ve coupled this change with a dramatic increase in raids in immigrant communities across the country. ICE claims the raids are targeting criminals, but they are resulting in many non-criminals being placed in removal proceedings.

Individuals in the US when a natural disaster, civil war or other major catastrophe hits their country can be granted Temporary Protected Status which allows them to remain in the US and work legally. Those programs not only have humanitarian underpinnings, but are seen as helping the economies of the stricken countries by allowing TPS recipients to send money home.

DHS has announced they are ending the TPS programs for Sudan, Nicaragua and Haiti and they are considering the same for other countries like El Salvador and Honduras. There are some in Congress working to include TPS recipients in any negotiated relief for DACA recipients, but it is far from clear whether this will happen.

President Trump attempted to shut out refugees temporarily in his proposed travel bans. The courts have pushed back and refugees have continued to enter the US. But the President has broad authority to limit refugee numbers and, not surprisingly, he has slashed the number of refugees who will be admitted this year. Furthermore, he has announced plans to limit refugee admissions to 45,000 in Fiscal Year 2018. And the country with one of the most serious refugee crises right now – Syria – is barred from sending the US refugees.

Furthermore, consular officers have been under pressure to ramp up security and fraud checks which has also led to slower processing and increases in visa denials.

Knowing how this year has gone, putting out this list with 18 days to go in the year may be foolhardy. So I’m expecting to have to come back to this article and make updates.

Greg Siskind is a founder of Siskind Susser and has practiced immigration law for 27 years. He writes several books including the J-1 Visa Guidebook, the ABA’s Lawyers Guide to Marketing on the Internet and the I-9 and E-Verify Handbook and the Physician Immigration Handbook. In 1994, he created the first immigration law web site and in 1998 he created the world’s first lawyer blog. He also serves on Board of Governors of the American Immigration Lawyers Association and is on Who’s Who in Corporate Immigration Law’s list of the top ten lawyers in the US.