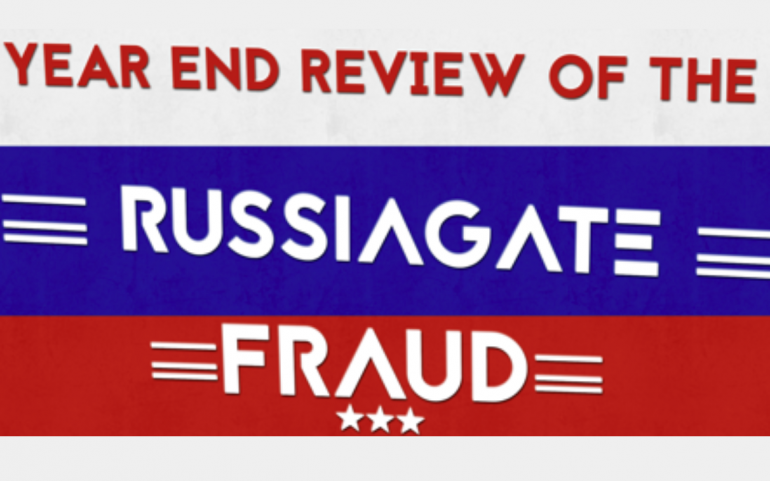 As amazing as it is, there are still people out there who are totally sold on any number of Russia/Trump based conspiracy theories. So it falls to me to illustrate a few of the multitude of reasons we Trump supporters scoff and get a good laugh almost daily over the latest “RussiaGate” nonsense. It’s almost amazing the degree to which we do not take any of this seriously, and actually laugh at how over the top the hysteria has been. Let me enumerate just a few of the reasons we view the Russia “meddling” investigation as a large scale witch hunt.

That’s just a few reasons, out of a multitude, that the Russia investigation, is, and has been from the get-go, a farce. At the end of the day, this entire thing is predicated on one thing: Democrats explaining away the massive gut punch of cognitive dissonance they got hammered with during the election. This is why Trump won’t fire Mueller: he doesn’t need to because there’s nothing for him to find other than process errors by peripheral players. If the best Mueller has after millions of dollars and nearly a year is a couple of guys on insignificant charges and an old pre-election Manafort deal, then Trump has exactly zero to worry about. There’s no reason to take the optics hit when you know good and well he’s got nothing. It’s also why we are hearing less and less about collusion, and more about obstruction of justice, which is even more absurd. At the end of the day, this is all about Democrats being so sure they had the country in the bag, that they were perfectly willing to unmask, show overt bias, and then when that didn’t work, invent an enemy to blame it on. I’m sure Russia is terrible. I don’t have any doubt that they aren’t on our side. But I’m sorry, running 100k worth of Facebook ads isn’t exactly convincing me that they are an existential threat. As far as I’m concerned, unless they hacked actual voting machines and changed votes, I’m not interested.

At the end of the year, it’s time for Democrats to get over it. He’s going nowhere, and he is your President.

And likely for the next 7 years at the rate he’s going.

PS: Arming Ukraine is the worst Russian collusion of all time.

Steve is the CEO of Americanaprime.com and can be found on Twitter @americana_prime
Tags: