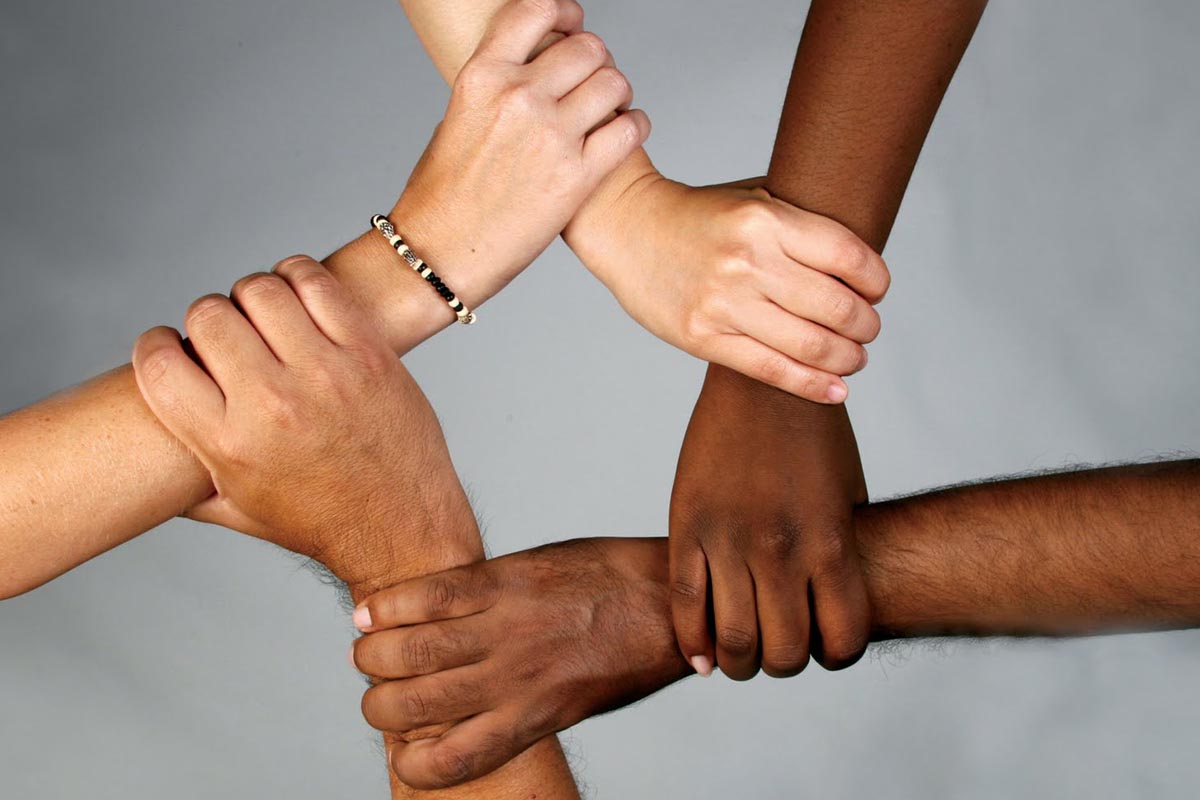 From the Margins to the Center

Our modern world is organized through a complex matrix of oppressive mechanisms, which we know commonly as Race, Class, Gender, Sexuality, Ability, etc. To better understand a dynamic of oppression, you have to be able to track the power: Who has more, who has less, and how is it being wielded/fought for/protected/dismantled and so on.

The key to dismantling a system of oppression lies in bringing marginalized people to the center, thereby disrupting the imbalance of power. This is true for the flow of money, resources, visibility, opportunity, policy, etc. Moving the oppressed from the margins to the center is at the heart of every radical movement for social, economic, or environmental justice.

Feminism, for example, teaches us that by focusing on gender as the primary system of oppression, we can topple the patriarchy by bringing women's liberation to the center of our discourse. Critical Race Theory suggests the same for race, that bringing People of Color to the center of our liberatory practice is the only way to dismantle white supremacy. Feminist Women of Color taught us the practice of intersectional organizing, understanding that systems of oppression work together and multiple centers can be occupied at once.

Because these systems work in tandem, each of us exist at different point of intersection along various lines of privilege and marginalization. Sociologists have described our unique place in this matrix as our Social Location. In my case, my Social Location is that of a transgender woman, a marginalized position, but also one who is labeled white, heterosexual, middle class, able-bodied, and a free citizen, all factors that come with privilege.

Form my place on the margins I ask that folks with greater gender privilege (cisgender men and women) assist my community and me by advocating for trans liberation and fighting against our institutional oppression. I ask them to put Transgender folks at the center of their thinking. However, from my positions of privilege, I must also be an ally for those with less power that myself: People of color, Lesbian, Gay, Bi, Queer people, the working class, homeless people, people with disabilities or mental illness, refugees and undocumented immigrants, prisoners.

Interestingly, all of these other communities include transgender people. In moving Trans folks to the center while thinking intersectionally, I am likewise able to be an ally for some of the most marginalized people within these other arenas.

Being an ally is the act of centering an individual or community with less power or privilege than your own, and being an ally necessitates a few basic things.

Without consciousness, will, and action, you cannot be an ally.

The hardest part of becoming an ally is cultivating consciousness around the ways you may have, willingly or not, participated in the oppression of others.

As a white anti-racist ally I have to take a really hard look at the ways I contribute to systems of racism and white supremacy (consciousness); I have to be open to changing those thoughts and behaviors (will); and then I have to go ahead and make that change (action). Even in my most earnest attempts to be a conscious, willing, and active anti-racist ally, I have unintentionally silenced people of color by talking when I should have listened, or making assumptions when I should have been asking questions. I've been called out for micro-aggressions that were imperceptible to me but painful and offensive to the folks I have committed to support.

Don't take your mistakes personally. Mistakes happen, and they don't reveal anything about you other than you're willingness to learn. Sometimes learning you've made a mistake can be painful and your feelings can get hurt. You are not a bad person or even a bad ally. When you make a mistake, apologize. Pay attention to how you feel, and learn from it so you can move forward with greater consciousness. But do not act without consciousness.

Understanding one another is a process, and in your willingness to be an ally, you have to learn how to accept critical feedback without self-centered thinking. You might get called out and catch heat for something you didn't realize was a big deal, or it may seem to you that the marginalized person is lashing out with more pain or anger than you feel is warranted. Take the note, and move on. Here's why: when you take your mistake personally, you center yourself. Remember, the key to being an ally is centering the needs of the marginalized, so acknowledge your privilege and step aside.

Lastly, the responsibility for raising your ally consciousness lies with you alone. Expecting marginalized people to educate you on your privilege puts the labor of dismantling oppression on the backs of those with less power to do so. Be agentive in your quest for knowledge as to how you can dismantle the oppression around you, especially if you've benefited from it in the past (or still do now). Listen to and uplift the voices of the marginalized, read their words, not just words written about them. Follow leaders of other communities on social media. Spend time getting to know marginalized folks and pay attention to their hearts. Seek to be an ally in this way, and ally consciousness will develop from within.

Originally from Southern California, Shakina enjoys an eclectic career as a performer, director, writer, producer, and social activist. She plays Lola on the Hulu comedy series Difficult People and is the founding Artistic Director of Musical Theatre Factory where she has supported the development of over 100 new musicals, including an autobiographical rock musical about her gender confirmation, Manifest Pussy. Shakina is a proud recipient of a Lilly Award (2015) recognizing the remarkable contributions to the American Theatre made by women, the Theatre Resources Unlimited Humanitarian Award (2016), The Drama League Directors Project Musical Directing Fellowship (2011) and Beatrice Terry Fellowship for women playwright/directors (2017). BA and Graduate Certificate: UC Santa Cruz. MFA, PhD UC Riverside. More at www.Shakina.nyc and @shakeenz