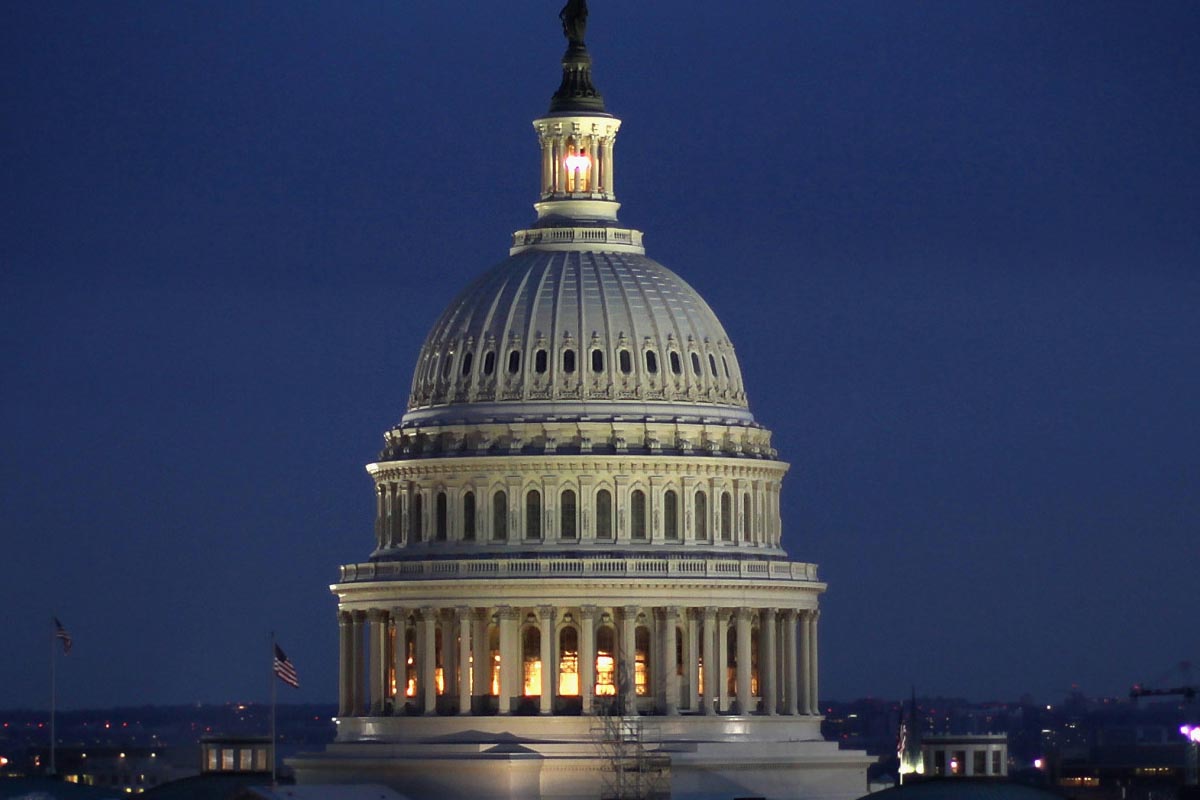 I wrote about why we need to save open internet, explaining how the Internet as we know it is an irreplaceable part of our lives.

Without net neutrality, the Internet, like a badly managed roadway, would be unfairly used by select drivers who've paid a hefty toll to deliver content we all want and need- all of which threaten equity, innovation and job creation.

We also joined forces with the tech industry and other influencers, such as Alyssa Milano and Mark Ruffalo whose efforts were noticed by POLITICO. 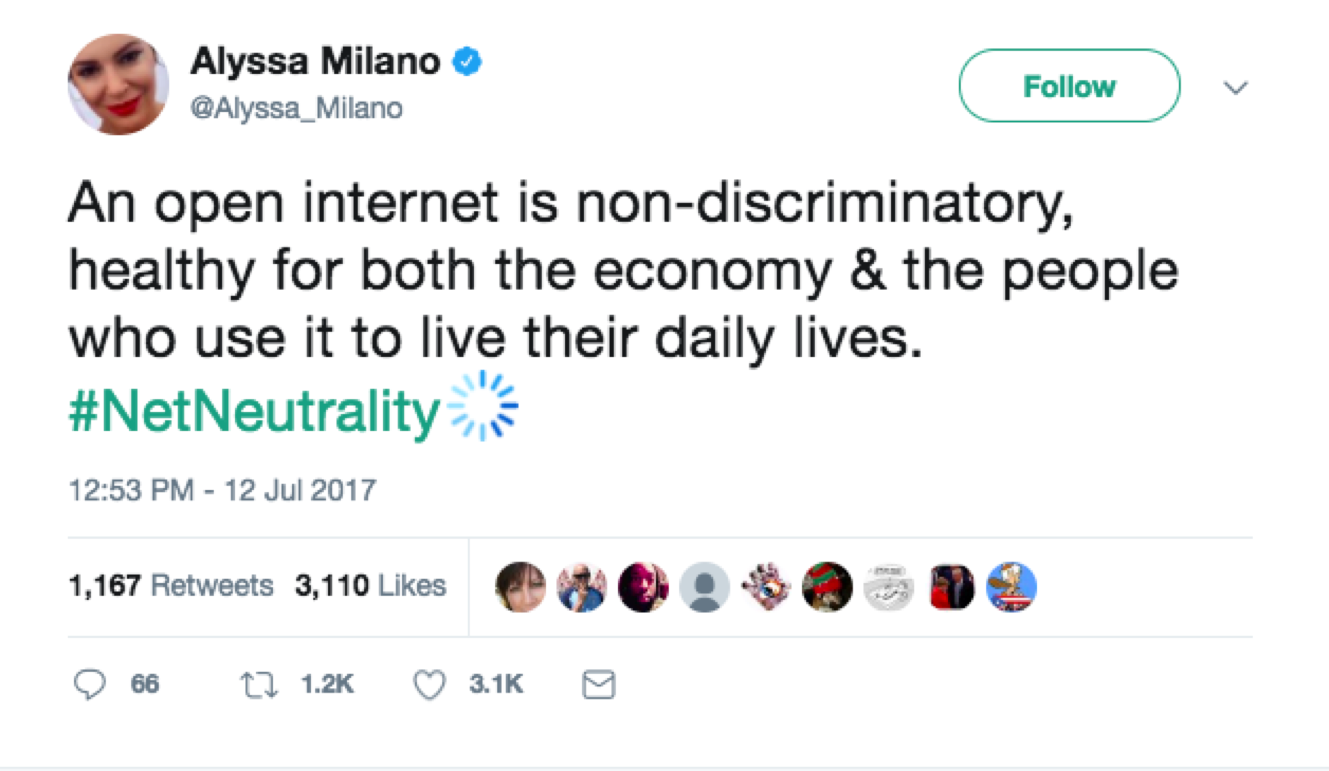 Our own efforts were recognized by Wired and GovTech. 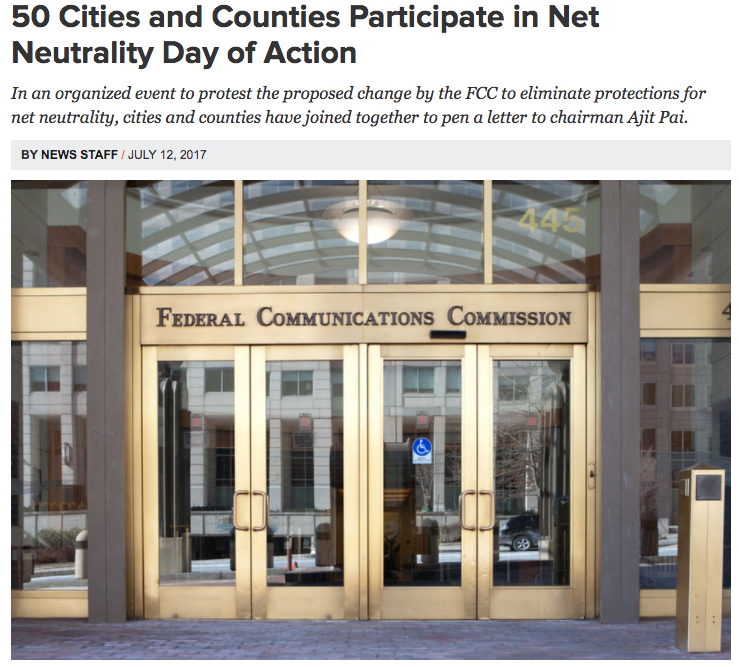 The result was significant with over 33,000 New Yorkers submitting comment to the FCC that week: 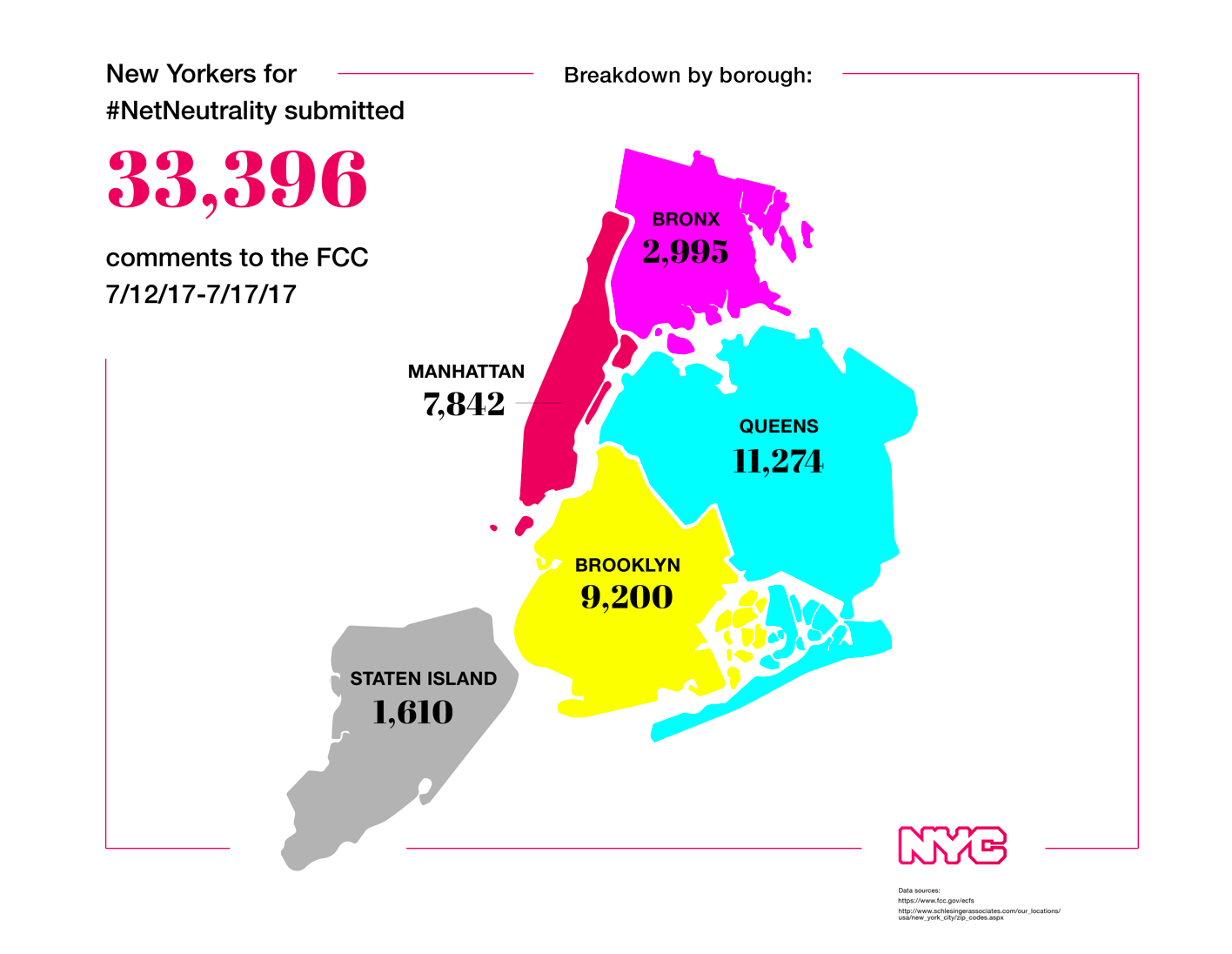 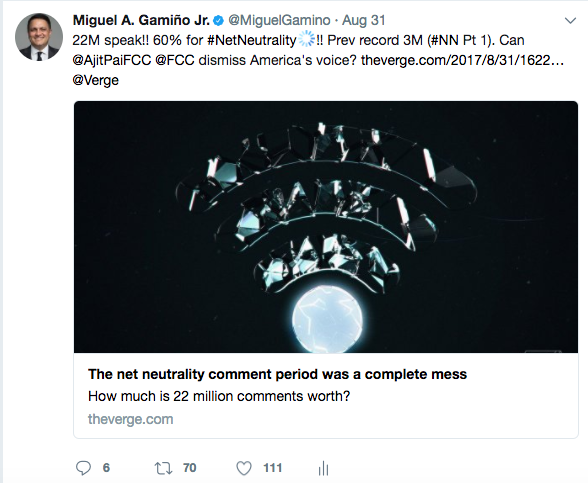 Yet, the FCC and Chairman Pai continue to push for the repeal of net neutrality, ignoring the collective voice of Americans.

Which is why we can't stop and won't stop our fight for net neutrality and protecting the Internet as we know it: keeping it open, neutral and fair to all users.

As much as the FCC wants us to, we cannot ignore the voices of 22 million. We also can't ignore actions taken by an ISP provider shortly after the public comment period ended to throttle internet speeds (one of the very things that we've feared would happen).

Nor can we ignore 13,000 pages of net neutrality complaints filed by consumers with the FCC against ISPs.

These are a few reasons that along with my counterparts from San Francisco, San Jose, Boston, Seattle, Austin, and Washington, D.C, NYC created a Coalition to advocate for net neutrality, maintaining local authority over broadband infrastructure siting, and protecting privacy regulations on the Internet. It's critical for cities to help inform these technology reform conversations on behalf of the public.

On September 7th, the House of Energy and Commerce was to hold a hearing on net neutrality legislation featuring testimony from top tech telecom CEOs. While the hearing was cancelled, we were undeterred and a few of us met in D.C. anyway to talk with Congressional leaders and staff, including senior staff for U.S. Senate Minority Leader Charles Schumer of New York and U.S. House Minority Leader Nancy Pelosi of California, and FCC Chairman Pai and Commissioners Rosenworsel, Clyburn, Carr, and O'Rielly. I was pleased to be joined in D.C. by Linda Gerull San Francisco CIO, Stephen Elkins, Austin CIO and Michael Mattmiller, Seattle CIO. At each meeting, we presented the staff with our letter in support of FCC net neutrality rules now signed by 65 bipartisan mayors representing over 26 million residents. In addition, we highlighted the importance of net neutrality to free speech, democracy, access to information and the growth of small business.

The second half of the day, we met FCC Commissioners Rosenworcel and Carr as well as staff from Chairman Pai, Commissioners Clyburn, and O'Rielly highlighting concerns over net neutrality and local authority particularly in regard to the deployment of IoT. Furthermore, we brought up concerns of the FCC's Broadband Deployment Advisory Committee (BDAC) membership make-up and process.

The Coalition expressed concerns over recent actions by the FCC to usurp local control over broadband infrastructure siting. Some of the points we made include:

Also presented at the meetings was a letter addressed to the FCC highlighting the need for local authority to better deploy the Internet of Things (IoT), which is key to "smart city" deployment. Specifically, localities need flexibility to enter into partnerships using public assets to deploy innovative projects. For example, New York City entered into a payphone conversion franchise with LinkNYC that will result in a system of thousands of high-tech public communications structures across the five boroughs. Each new structure will provide completely free, ultra-high speed Wi-Fi service. Under the FCC's proposed rules it is highly doubtful that any of these arrangements would have been viable under a model where access to public facilities can be negotiated by cities to benefit our residents.

I'm proud of the work we accomplished as a Coalition of CTOs and CIOs. We will continue this work because we are not finished. So much more is to come, which is why we need additional cities to join in this effort, to be a part of the collective voice of cities standing up to the Federal government on issues that impact the lives of everyday Americans.

If you're a city looking to join forces, DM or tweet me, or email cto@cto.nyc.gov. I look forward to connecting with you!